Kirkenes in Norway's far northeast has long had close links with Russia. The Norway-Russia border town is now home to a group of Russian artists who fled their homeland and are now making their voices heard.

This article was written by Helena Gjone, PhD candidate (creative writing) at Griffith University, and originally published on The Conversation. It has been republished here in full under the terms of their republishing license.

As an international student at the Bolshoi Ballet Academy in Moscow in 2012, I remember studying Rekviem (requiem) by Russian poet Anna Ahkmatova, an elegy she penned in secret as a tribute to the countless victims of Stalin’s murderous purges.

Akhmatova’s writing revived the atrocities, delivering their darkness into the light. Her words spoke of constant fear permeating lives; of distrust, anxiety and betrayal; of the secret police arriving to drag you or your family away.

To avoid detection and retribution, Ahkmatova whispered the poem to her friends who committed it to memory. She burned the incriminating scraps of paper.

In the first four-and-a-half months following Putin’s attack against Ukraine, over 13,000 anti-war protesters were detained in Russia.

Some estimates are that hundreds of thousands fled Russia in early 2022, among them thousands of artists who no longer felt safe in the climate of increasing censorship.

Some of these artists have found themselves in Kirkenes, a small Norwegian town 15 kilometres from the Russian border.

Russian and Soviet artists have a long history of art as protest.

The poem Stalin’s Epigram (1933) authored by Osip Mandelstam depicted Stalin as a gleeful killer. Authorities imprisoned and tortured Mandelstam, then deported the poet to a remote village near the Ural Mountains.

After returning from exile, he persisted writing about Stalin until he was sent to a labour camp in Siberia, where he died in 1938 at the age of 47.

Under the comparatively liberal rule of Stalin’s successor Nikita Khrushchev from 1953, the Soviet Union began to enjoy previously unimagined freedoms.

Many famous art movements surfaced during this period, including Sots Art — a fusion between Soviet and Pop Art — as Russian artists tested the boundaries, exposing the grim realities and unhappiness of life under Stalin’s regime.

In 1962, the legendary composer Shostakovich set his 13th symphony to a series of poems by his contemporary, Yevgeny Yevtushenko. One of these poems was Babi Yar, which criticised the Soviet government for concealing the massacre of 33,371 Jews in a mass grave outside Kyiv.

In contemporary Russia, Pussy Riot came to the attention of the world in 2012 when members stepped behind the altar in Moscow’s golden-domed Christ the Saviour Cathedral wearing neon-coloured balaclavas to deliver a “punk rock prayer”.

Their voices echoed off the cavernous, hand-painted ceilings, raging against Putin’s affiliation with the Orthodox church and the homophobic, anti-feminist policies that followed.

They were sentenced to two years imprisonment.

Today, pictures from Russia reveal anonymous anti-war graffiti on the sides of buildings, “no war” chiselled into a frozen river, and yellow and blue chrysanthemums and tulips left at the feet of Soviet war memorials.

Pikene på Broen (girls on the bridge) is an arts collective based in Kirkenes.

They have spent the past 25 years curating art projects to promote cross-cultural collaboration and tackle political problems in the borderland region.

Pikene på Broen is host to the the annual art festival Barents Spektakel (spectacle), an international artist residency including Russian, Norwegian and Finnish creatives, the gallery and project space Terminal B in Kirkenes town, and the debate series Transborder Café.

The venue has become a hub for open discussions relating to current political and cultural issues, drawing contributions from artists, musicians, writers, politicians and researchers.

Evgeny Goman, an independent theatre director from Murmansk, Russia – about 200 kilometres from Kirkenes – has been collaborating with Pikene på Broen for over 10 years.

After moving to Norway in early 2022, Pikene på Broen worked with Goman to organise Kvartirnik (from the word kvartira, meaning apartment), an online talk group for Russian and Norwegian artists to exchange ideas.

Following Putin’s attack on Ukraine, Kvartirnik shifted to an underground movement for dissident artists. Ironically, the name Kvartirnik derives from the clandestine concerts arranged in people’s apartments during the Soviet Era when musicians were banned from performing in public.

Party of the Dead is one of several Russian protest art groups who participated in Kvartirnik.

Pictures from the snow-decked Piskaryovskoye Cemetery in Saint Petersburg reveal members dressed as skeletons, holding placards reading: “are there not enough corpses?”.

I spoke with Goman about the art coming out of Kvartirnik today. “In peaceful times, art is more about entertaining,” he says.

But in war and conflict, art is more important because it’s the language we use to express our pain. And through metaphors and symbolism, it allows us to speak about things that are censored.

Kvartirnik collaborators in Murmansk have also produced and distributed Samizdat (self-publishing), an anonymous newsletter containing art suppressed by the state.

“We have to be really smart now about how we do things in Russia,” Goman says. “Subtle.”

Goman is pessimistic about Russia’s future. But he believes the key to moving forward is keeping communication open. He tells me the West’s decision to ban Russian culture has backfired on their plan to pressure Putin into ending the war against Ukraine.

Instead, he says, the divide is steadily increasing, leaving dissident artists isolated inside a country operating on fear and propaganda, furthering Putin’s agenda.

“Putin wants us to not affect Russian minds. And that’s why we have to keep the dialogue going,” he says of the importance of cross-border collaborations like those he has undertaken in Kirkenes.

This article was written by Helena Gjone, PhD candidate (creative writing) at Griffith University, and originally published on The Conversation. It has been republished here in full under the terms of their republishing license. 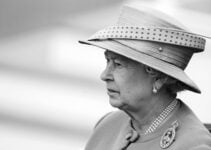 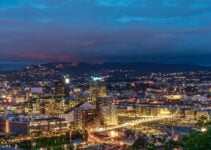 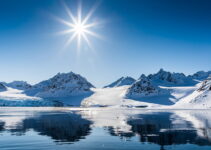