Welcome to mørketiden – the dark time. These pictures show Trondheim at 3:58pm two days ago, with over five weeks of shortening days still to come before the Winter Solstice: 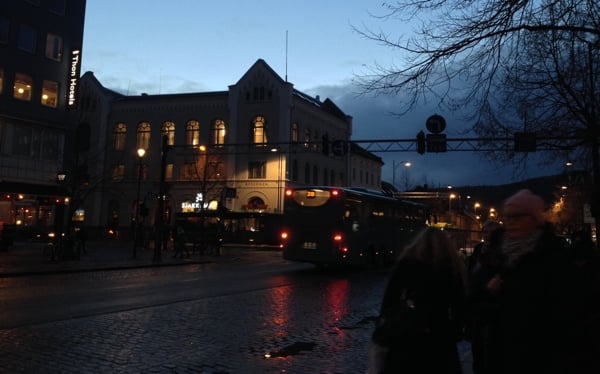 And by the time I got home to Moholt roughly 20 minutes later: 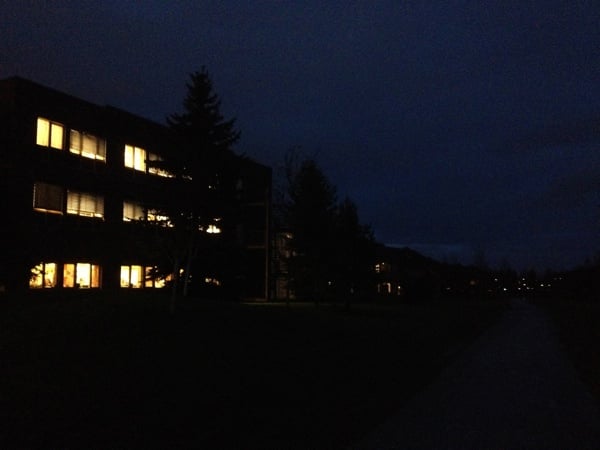 Trondheim is 250 miles due north of Oslo and it's really noticeable at this time of year, with the days shortening much faster than they did in Oslo. And of course, things are even worse in the north of Norway. Above the Arctic Circle the sun doesn't even rise, and residents of Tromsø, Alta, etc have to make do with an eery (yet beautiful) purple polar night twilight for several weeks.

In fact, the sun not rising is the real definition of mørketiden, but with the grim-grey mornings and rapidly darkening afternoons in Trondheim, I'm going to use it here too. Tough luck, linguists.

Seasonal Affective Disorder is often joked about in other parts of the world, but it's a genuine condition and a serious issue in Norway.

The U.S. National Library of Medicine notes that “some people experience a serious mood change when the seasons change. They may sleep too much, have little energy, and may also feel depressed. Though symptoms can be severe, they usually clear up.”[4] The condition in the summer can include heightened anxiety. SAD was formally described and named in 1984 by Norman E. Rosenthal and colleagues at the National Institute of Mental Health.

While I'm not claiming to be suffering, I do feel more tired in the mornings, with a lowered mood throughout the day. This despite my business going very well of late. At this time of year, many Norwegians fly off to warmer, sunnier, brighter countries, particularly those of pensionable age, of whom some spend the entire dark time abroad.

Last year I wrote about escaping the darkness, well this year we did exactly the same thing, heading off to Tenerife for a week! 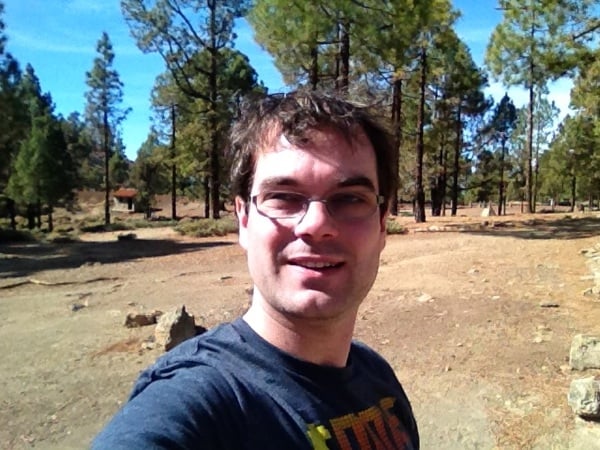 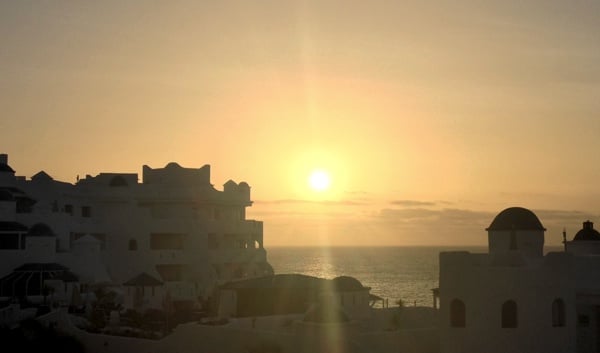 But on return, the contrast was even more stark. Taking off in 25C weather and landing in 1C icy rain was -not- fun. So, how to deal with the dark time?

Easier said than done. When your alarm goes off and it's pitch black outside, rain tapping on the window, the very last thing you want to do is get up and get active. But physical exercise is the number one “cure” for depression at this time of year. Exercise releases endorphins, the body’s very own natural antidepressant.

One of the most obvious ways to keep active during a Norwegian winter is to learn to ski. Still working on that one…

Keep to your usual routine

In the UK, the winter is an excuse to turn up late for work, spend long evenings in the pub, and just generally make excuses why you can't do that piece of DIY. In Norway, life goes on. It has to. Offices have storage rooms for skis and “drying rooms” to hang drenched winter coats and winter boots.

Buses and trains *generally* still run to time. Cafes put reindeer skins and blankets on their outdoor seating. Keeping to your usual routine tells your body everything is OK.

Dance with the tricky lady

Head north to view nature's light show. This winter is supposedly the best year of the decade for viewing the aurora, so embrace the dark time and see something amazing. Even in Trondheim the lights have already been visible several times since September.

It's tempting to think the lack of daylight is justification for staying in bed all morning. But too much sleep will make you tired. Scientists continue to debate it, but many studies suggest oversleeping can lead to serious complications:

Whatever the science, I know that when I sleep for long periods, I tend to feel groggy the following day.

Already done this one, hmm…

Any other tips, people?

4 thoughts on “Surviving the Dark Time”