There's so many adverts on Norwegian TV that make me smile or leave me scratching my head, I'm surprised I didn't write this post months ago! Watching TV adverts is not just a good way of finding out about brands and how they're marketed and/or viewed by Norwegians, it's also a good way to pick up some language.

Walk with me through this slice of Norwegian culture!

One of Norway's biggest exports, I love the nuttiness of Jarlsberg! I also love this advert. The premise is simple – Jarlsberg is better than all the other “yellow” cheeses. The wife/girlfriend comes home with a different brand saying they're all the same, “cheese is cheese”. He's pissed off, so the next time she comes home he's replaced the dog. “A dog is a dog”

Perhaps the only Norwegian advert to be well known outside the country… because George Clooney is in it! This tells the story of the greatest hangover ever. The lady wakes up to find a ring on her finger, a wedding dress on the floor, and George Clooney looking at houses online. It advertises a savings account – noones this lucky, so you'd best save up.

A brilliant parody from a rival bank 🙂

“We don't send money to Hollywood, but share it locally”

This advert focuses on the relationship between a little boy and his grandfather, with the background message that Widerøe fly to most of Norway's tiny rural airports. It reminds me of the loving-teasing relationship I had with my late grandfather years ago (I guess that's the point!) and it just makes me smile. Even though the kid freaks me out a little. This video has English subtitles, by the way 🙂

The dancing blue cow! I love this for no other reason than the crazy cow-bell moment in the final few seconds. Stratos is basically Aero, by the way.

These two guys feature in several adverts for this electronics webshop, but this is the first one I saw. The advert references the company's beginnings in 1996, with the founders dreaming (a loose translation here!) “one day we'll be the best in all the north – and we'll have robots!” It then cuts to the same two geeks, older, standing over their automated warehouse.

Nerdy as hell, but I love it.

Ah, Kvikk Lunsj, the legendary snack for hikers and skiers up and down the country. This advert was made to mark the 70th anniversary of the humble chocolate bar but barely references it, focusing instead on the brand's intrinsic link with the great Norwegian outdoors. It features Norway's network of volunteers setting up the trails relied upon by hikers and skiers all year round. The literal translation of “Takk for turen” is “thanks for the trip”, but “tur” in Norwegian means more of an expedition, the experience as a whole, whether hiking or skiing. Imagine a car company using “thanks for the ride” to celebrate 70 years and you're half way there!

Over to you – what are your favourite TV adverts in Norway? 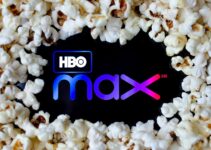