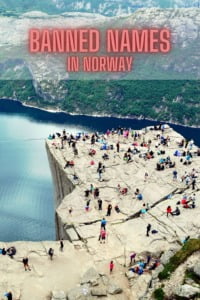 Norway's strict naming laws are more liberal these days, but there are still some names that are not permitted.

Until relatively recently, a law from the 1800s put strict controls on what parents could name their children.

Norway's naming law of 2003 made it easier for Norwegian people to get unusual names approved. But that doesn't that mean that parents are free to pick any name for their child.

The same goes for anyone looking to change their name as an adult. Here's what you need to know about choosing a name in Norway.

The naming process in Norway

When you submit an application to name a newborn or to change a name, the National Population Register first decides whether a name is acceptable.

Every year, the Register receives anything from 50 to 100 unusual name requests. About half of these are rejected.

What names are banned?

The University of Bergen's Ivar Utne is often used as an adviser in controversial cases. He told Nettavisen that the rule of thumb is that names with negative associations will not be permitted.

Swear words, titles such as King or Princess, names of medicines or diseases, and using first names as surnames and vice-versa are not allowed.

He said that parents often change their mind quickly about unusual naming applications: “Every imaginable name of male and female genitalia has been applied for. Such applications are usually made for fun and are often withdrawn during the process.”

The challenge with foreign names

Perhaps the most challenging part of the process relates to foreign-born parents choosing a baby name. There have been several cases where a perfectly ordinary foreign name is chosen that can mean something different in Norwegian.

There is often an issue with Finnish names Pekka and Kukka. Although in common use in Finland, the words mean something quite different in Norwegian.

Utne explained that in most cases, parents are happy to choose an alternative name once they are notified of the issue.

Many years ago, a foreign couple applied to call their child Diaree. It was a rare name in their country of origin, but they were unaware that the word meant “Diarrhea” in Norwegian.

“We explained the word's meaning and that choosing this name would not be so wise. They understood and chose another name,” said Utne.

People often seem to feel a bit more freedom when it comes to choosing a second, or middle name. “Right now there are six people who have Batman as their middle name in Norway,” said Utne.

What does the law say?

The 2003 naming law covers first names, surnames and protected surnames. In general, names will not be accepted if there may be a significant inconvenience to the person in question or other strong reasons.

First names must be gender appropriate. Choosing a boy's name for a girl or vice versa isn't allowed, but there are many names allowable for both genders.

Surnames that are used by more than 200 people in Norway are free to be chosen. Many of these are typical Norwegian surnames such as Hansen or Johansen.

Protected surnames: If there are less than 200 users of a surname, the name is considered protected. This means that you must have an association with the name before you can use it. Typically this means the name is the surname of the baby's mother or father. 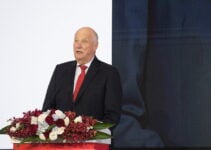 10 thoughts on “Banned Names in Norway”