Get ready T-Bane users for some big changes to the network this weekend. Some trains will follow different routes, some lines are being renumbered and of course, timetables will change.

All change, ladies and gentlemen, all change!

It's all because of the opening of a new station at Løren, which creates a new spur line from the central ring to the Vestli line at Økern, removing the need to change trains at Carl Berners plass. At least, for some people it does! Line 5 now loops around the central ring twice, meaning users of line 5 will need to take extra care they are actually on the right train.

So, it's best to check up on what's happening at a station near you. 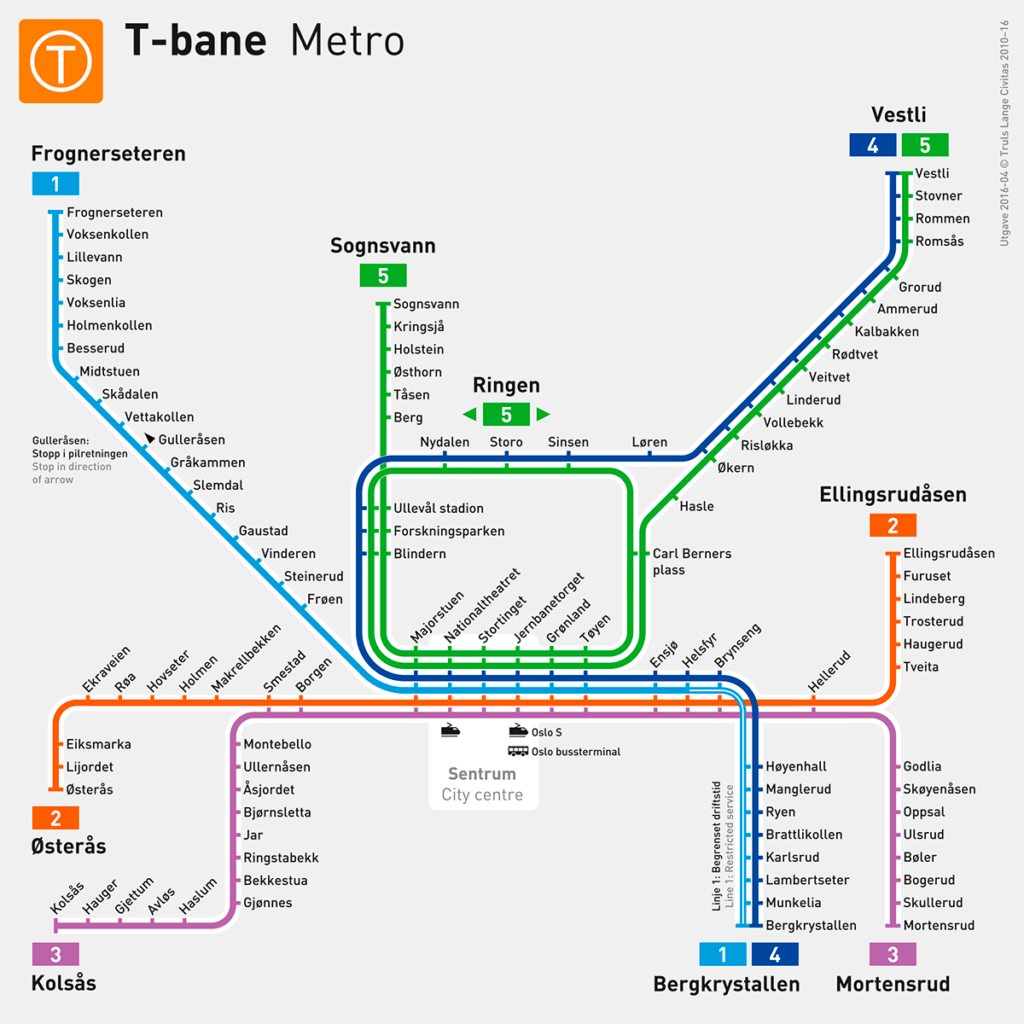 I'm sure it'll all make sense after a while. In the meantime, please direct all queries to Ruter!

Løren is a district of Oslo that's undergone quite the transformation in recent years, enabled by the move of the “Ring 3” bypass underground. New homes are being built and the area is being made as “green” as possible.  The new station will be served by line 4 with relatively short journey times directly to Nydalen, the University of Oslo, Helsfyr and the entire downtown area of Oslo. Trains will serve the station every 15 minutes.

20 sculptures making up the Peer Gynt Sculpture Park can be found in Loren Park. Established in 2006, the park allows visitors to follow Henrik Ibsen's drama Peer Gynt act by act.

This year, the Oslo T-Bane celebrates its 50th birthday. Around 88 million individual trips are taken on the T-Bane each year. According to the company, 97 percent of travellers say they are satisfied with the T-Bane.