This weekend I hosted my parents for the first time since I moved to Oslo. On the Friday night I took them to the Ullevaal for their (and my) first Vålerenga match, versus Viking.

I’d been to the Ullevaal once before for Norway v Iceland and watched several Vålerenga games on the tele, but had not seen a match in person. As this was the penultimate home game I suggested we go along. My dad and rather surprisingly my mother both agreed!

We chose seats in the upper tier of the Sparebank stand. They were more expensive, but offered a great view and also unrestricted seating, so we could move around at will. I thought that best in case some sweary Norwegian sat next to my mum! In the end a sweary person did sit next to my mum. It was my dad… 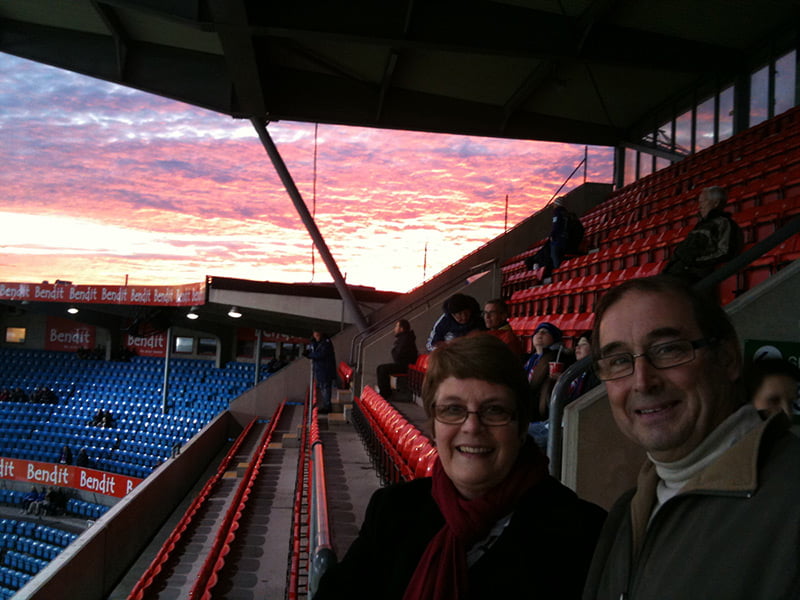 My dad seemed to agree with my initial thoughts on the standard of Norwegian football, that the standard is low but the matches are entertaining. The biggest impression left on him was not the match but the fans, especially Klanen (the Vålerenga supporters club) who kept up the support all through the match. Although it might not look it from the photos, there were over 11,000 people there. He also thought Klanen anthem Vålerenga Kjerke (below) was a nice alternative to the typical football anthem. I concur!

The match itself ended with a comfortable 3-0 win for Vålerenga, their 7th win in 8 and one which leaves them well-placed to grab a top three finish. Viking looked dangerous from kick-off but once ‘enga took the lead early on, there was only one likely winner. 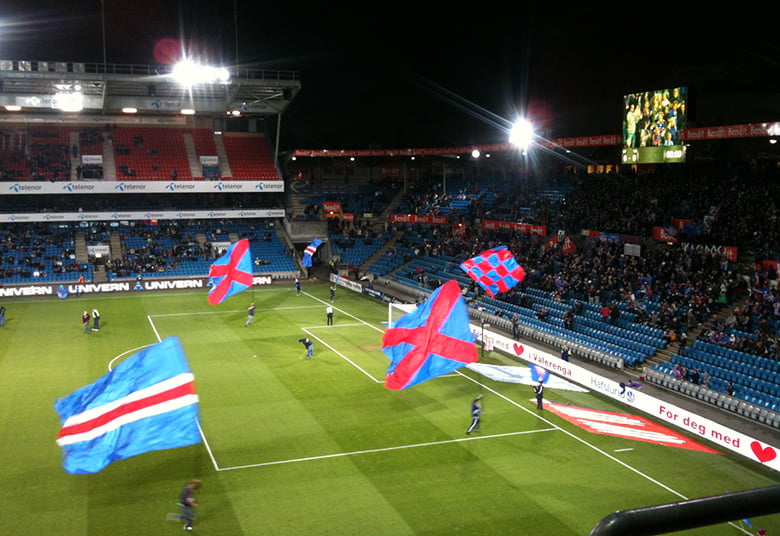 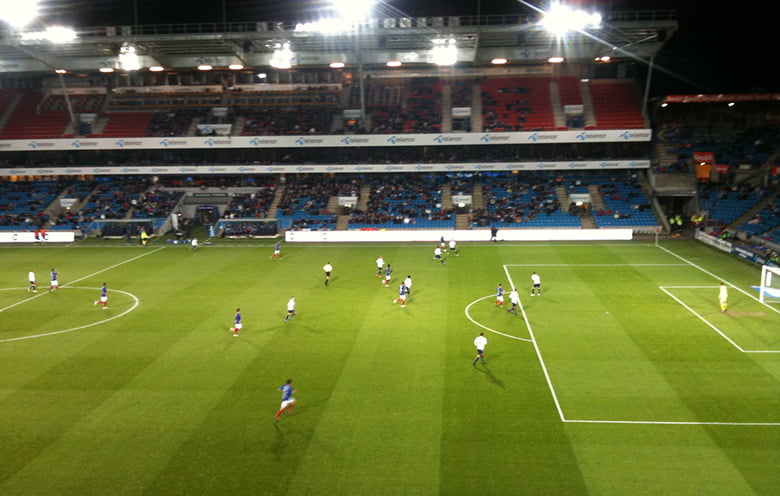