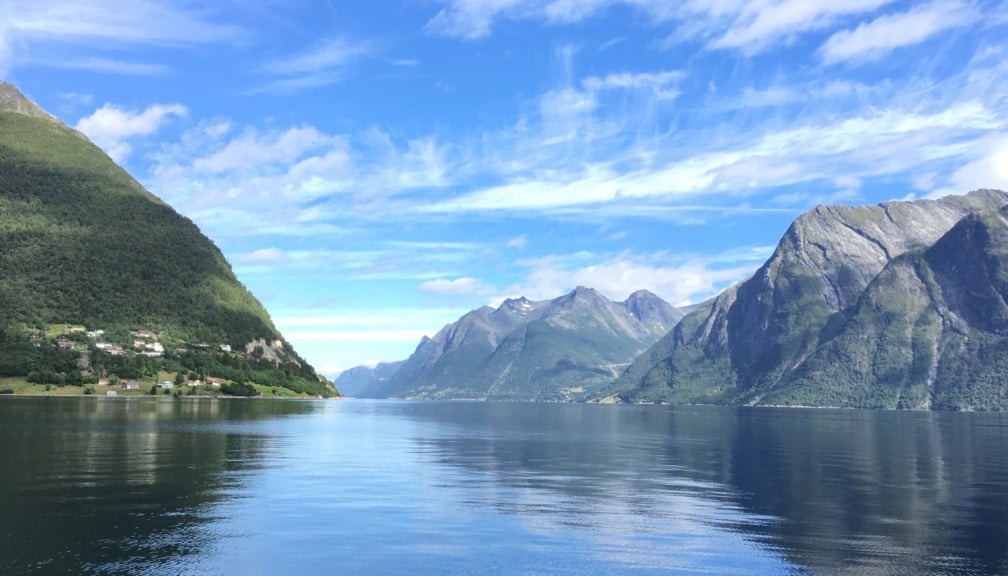 Only zero-emission electric ferries will be allowed on the west Norwegian fjords from 2026 in a bid to limit pollution.

The Norwegian Parliament has adopted a resolution to stop emissions from all water traffic in the west Norwegian fjords by 2026. This will make the fjords among the world’s first zero emission zones at sea and force a rapid change in propulsion technology for ferries and cruise ships.

The world-famous UNESCO World Heritage sites Nærøyfjord and Geirangerfjord are hugely popular destinations for large cruise ships. Almost 200 such ships call at the tiny village of Geiranger in a year. The vast majority of those call during the busy, short summer season.

The high traffic and high air pollution is increasingly considered a health hazard for the local community. A study from 2006 showed that the air quality of Geiranger was as on par with some major European cities, and the traffic has increased significantly since the study was done 12 years ago.

Reducing the environmental impact of tourism

The west Norwegian fjords are an active member of the Marine World Heritage Network facilitated by the World Heritage Marine Programme. The site is currently working together with other World Heritage marine sites to exchange best practices on reducing the environmental impacts from tourism vehicles.

“The Norwegian Parliament has adopted a brave resolution which will have a great positive impact on conserving our UNESCO World Heritage marine site. This will make the fjords the world’s first zero emission zone at sea. It is a brave policy we hope other nations and unique UNESCO World Heritage Marine Sites will adopt so that we, together with all international cruise lines, can protect our Crown Jewels of the Ocean. We invite other marine sites to join us,” – Katrin Blomvik, director of the Geirangerfjord World Heritage Foundation (UNESCO)

The decision is expected to have a positive impact on the local population, transport and tourism, climate and the broader fjord environment. Another beneficiary of the decision will be the Norwegian marine industry.

The industry is already at the forefront of the global development of sustainable propulsion systems for ships. The Norwegian government's decision will only boost this success.

In 2016, the diesel-electric hybrid Vision of the Fjords was launched on the Norwegian fjords, and this has been followed up with the recent launch of the all-electric Future of the Fjords. The Norwegian-built zero emission vessel will operate between Flåm and Gudvangen, one of the country's most popular tourist ferry routes.

No noise, no emissions

Rolf Sandvik, CEO of vessel operator The Fjords, told Ship Technology: “Vision of The Fjords was an important development for us, but we had the ambition to take it one step further and replace the diesel-electric propulsion with all-electric – thus eradicating all noise and emissions to air for the entire route.”

“Future of The Fjords does just that, minimising its impact on the environment while maximising the experience of passengers who can now glide silently over the water and come closer to nature than ever before.”

An industry on the up

Norwegian ferry operator Fjord1 has signed contracts for the construction of seven electric ferries with the Havyard Group. The ferries are scheduled to begin operation in early 2020. Five of the seven will be manufactured in Norway, providing a further boost to the industry.

On the day the Government decision was announced, around 200 industry leaders gathered on the Norwegian island of Stord for the Wärtsilä Future Innovation Day. “By bringing everyone together, we can begin the conversations that have to happen if we are to achieve our goal of enabling sustainable societies using smart technologies,” said Cato Esperø from Wärtsilä in Norway.

3 thoughts on “How to Save the Fjords of Norway”