Northern lights hunters in the north of Scandinavia got more than they bargained for last weekend when an incredible light show lit up the night sky.

Locals and visitors to northern Scandinavia are no strangers to dazzling light shows. But last weekend, something truly spectacular was served up by the night sky.

“Out of this world”

This was no ordinary aurora. Instead of ribbons of milky green light flickering across the sky, a handful of vivid blue lights appeared in two groups. One photographer described the experience as “out of this world”.

The reason? The Andøya Space Center in the far north of Norway’s remote Vesterålen islands. More than 1,200 sounding and sub-orbital rockets have been launched from the Norwegian rocket range since 1962.

On Saturday night, two rocket launches took place that released metallic powder into the atmosphere. The resulting reaction caused the incredible light show you can see in these photographs. This time-lapse was captured by a passenger on the nearby Hurtigruten vessel MS Trollfjord:

He writes on the video description: “While we were watching the after-effects of a beautiful northern lights display, the rockets were launched from the Andøya Space Center only about 180 km away to the north. We saw two orange dots rise into the sky and disappear.”

“A short while later strange lights and colorful, expanding clouds appeared I first did not have an explanation for. It looked like an alien attack! A quick internet search showed that we had witnessed aurora research conducted by NASA”.

Read more: How to see the northern lights in Norway

The team was on standby during the launch window that stretched from 23 March to 10 April. They had to wait for clear skies and a strong aurora display. The two rockets launched simultaneously from Andøya took measurements of the atmospheric density and temperature.

They also deployed visible tracers – trimethylaluminum (TMA) and a barium/strontium mixture – into the atmosphere between 75 and 150 miles above the earth. When exposed to sunlight the tracers ionize and produce colourful clouds that the researchers can track.

The Auroral Zone Upwelling Rocket Experiment (AZURE) is specifically designed to study solar wind, the stream of highly-charged particles thrown out into space from the sun at extremely high speeds. It’s this solar wind that causes the northern lights.

Although there is interest in the science behind the aurora, researchers also want to understand how and why the solar winds interfere with communications satellites and cause power outages.

Disappointed to have missed out? Don’t worry! These launches were the first of eight planned over the next two years, as part of a scientific collaboration known as the Grand Challenge Initiative. The future launches will take place from both Andøya and a research site on Svalbard. 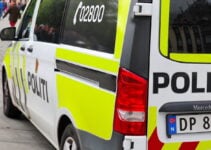 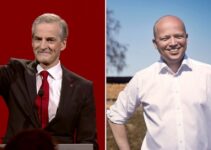 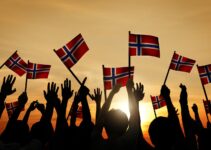