The Norwegian Premier League kicks off its 2016 season this weekend. In 2015, Rosenborg comfortably took the title by a 12-point margin, but after losing two of their best players over the winter break, many are expecting a much closer title race this year.

Saint-Étienne played Rosenborg in last season’s Europa League and were obviously impressed with what they saw, for they went shopping over the winter. Rosenborg's top scorer Alexander Søderlund and highly-rated midfielder Ole Selnæs have packed their bags for France.

We don’t have to wait long to see how Rosenborg will fare without Søderlund and Selnæs. A visit to 2014 Cup finalists Odd on the opening weekend is followed swiftly by the first home game of the season against last season’s runners-up Strømsgodset. A tough start, so coach Kåre Ingebrigtsen will look to new signing Christian Gytkjær to replace the goals of Søderlund. The Dane scored 36 goals over the past three seasons for Haugesund and will be under pressure to deliver quickly.

The return of Ole Gunnar Solskjær to Molde has left everyone wondering if he can repeat the magic of 2011 and 2012 when he led Molde to their first ever league titles. A terrific run to the last 32 of this year's Europa League will have filled the club with confidence, as will their last game, a 1-0 home win over Sevilla.

This recent run of competitive football should see Molde start the season in full-flow, so don't be surprised to see them leading the pack after the first few games. One curious sideshow is the arrival of Icelandic legend Eiður Guðjohnsen. Can the 37-year-old striker still make an impact?

Stromsgodset go into the season with the most settled side of the title contenders, but have lost Marvin Ogunjimi to the lure of South Korea. Tommy Heiland arrives from Molde and Portuguese midfielder Francisco Junior joins from Everton. Likely to there or thereabouts.

The Skien club have established themselves as one of Norway's most consistent teams under the stewardship of Dag-Eilev Fagermo. The goals of Olivier Occéan proved critical last season but at 34 it will be interesting to see what he has left in the tank. A consistent season of goals from the Canadian could see Odd challenging.

Last year, the Guardian ranked Rafik Zekhnini as one of the 50 biggest footballing talents in the world. A potential move to Manchester United failed to materialise but big European clubs continue to watch the left-footed forward. Odd will be hoping the youngster starts the season well but if he does so, he'll almost certainly leave during the summer.

Best of the rest

Outside these four, Viking seem best equipped to challenge for the medals. Meanwhile, the Norwegian press is cooing over 19-year-old Mathias Normann's pre-season performances for Bodø-Glimt.

As for Vålerenga, that's anyones guess, as usual.

One of the more intriguing elements of this year's Tippeligaen is the return of Brann after just one season away. The club left the Tippeligaen in 2014 in an absolute shambles but after a stuttering start, they made light work of their sole season in the OBOS-ligaen. Their return to the top flight is marked by the signing of Costa Rican international forward Deyver Vega. An intriguing signing, but his lack of English language ability could mean he takes a while to settle in.

I'm no Tippeligaen expert, merely an interested observer. So to give this preview a sense of credibility, I turned to two folks who watch far too much Tippeligaen for their own good!

Take it away, Perry and Christian… 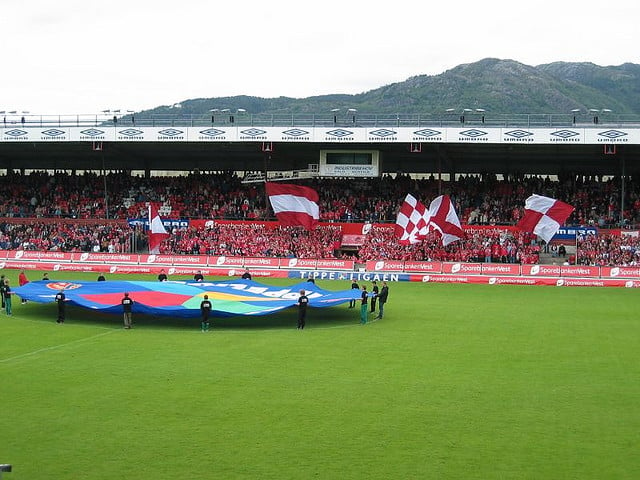 Champions? I can't see beyond Solskjær's Molde this year. I think that RBK will be up there, but they have lost Selnaes and Soderlund and I am not convinced by their winter transfers. Molde have bought well (and are still in the market for a couple of players at time of writing) so I think they will wrestle back their title.

Brann? I think Brann will have a wholly uninspiring, solid season which is just what they need. They have some good players, but lack a real creative spark, despite the signing of Vega. I worry about Hvilsom's supply line, because he is a good finisher but cannot create chances himself. Midtable mediocrity with, perhaps a Cup run.

Surprise package? This is where the Tippeliagen will be interesting this season, I think. I am very excited to see how Sarpsborg's slew of new signings gel together but IF they get the best out of each other then I think they would have to be talked about as medal contenders. Odd have a very strong squad and are perhaps the side who have been weakened least this winter. I love watching Viking and think that, in terms of first 11's, it is one of the strongest. I would also say that Adegbenro and Abdullahi will both have massive breakout seasons and I would be surprised to see them still in Stavanger come the closure of the summer transfer windows.

Champions? I think it’s difficult to call the league winners this season. Both Rosenborg and Molde have seen key players leave, with some interesting replacements. Getting Solskjær back as manager will be a boost for Molde, but Rosenborg players have been thriving under Kåre Ingebrigtsen as well. They are the two obvious favourites, but it’s seldom that easy in Tippeligaen. With a more settled side, it’ll be interesting to see if Strømsgodset can continue their form from the second part of last season, which was as good as any in the country. At this point I’d choose Rosenborg, but hopefully it’ll be a tight and exciting title race.

Brann? Who knows anything when it comes to Brann? They are a riddle wrapped in a rain soaked mystery within a demanding enigma surrounded by passive-aggressive mountains. Any normal club with their squad would be obvious middle-table material, but this is Brann and this is Bergen. I honestly wouldn’t bat an eyelid if they won the league by ten points or got relegated without winning a game. It’s great having them back though, Tippeligaen is a lot more boring place without them.

Surprise package? How about a title challenge from Viking for a surprise? Perennainal underachivers considering their history and fan-base, they have a very settled management team now with Kjell Jonevrey and Ian Burchnall, both of whom I’m a big fan of. They lost some important players in de Lanley and Berisha last season, but in Tippeligaen you come far on great organisation and team morale, something I think Viking has. Their playing squad is also still good enough to be a credible contender if momentum swings their way.