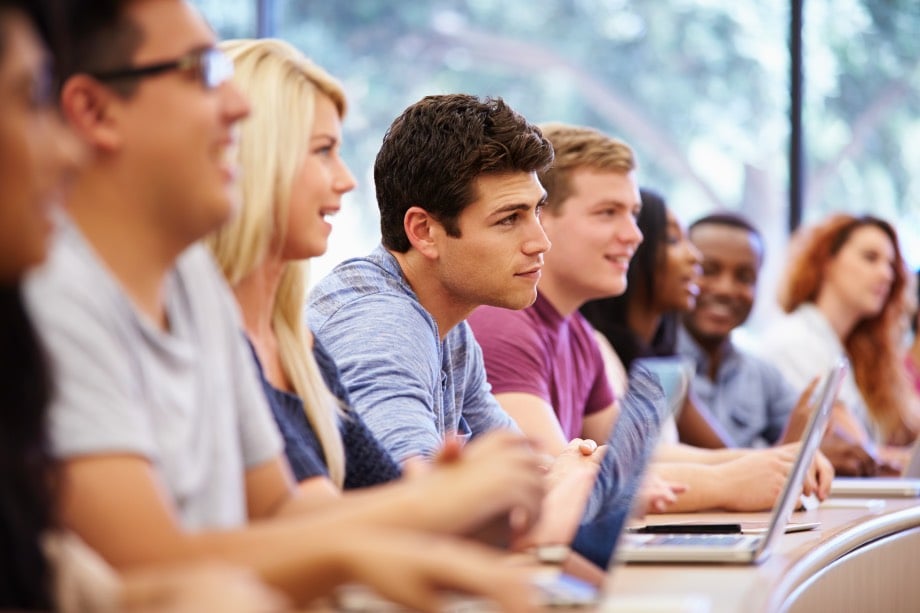 Are university students happy in Norway? The latest figures show that it depends on where they are studying.

The main aim of the Eurostudent project is to collect data that allows the social dimension of European higher education to be compared across countries. The focus is on the socio-economic background, the living conditions of students, and temporary international mobility. The sixth round of the report that began in 2016 has just been completed.

Norway lags behind its Nordic neighbours

The overall figures make grim reading for higher education bosses in Norway, as student satisfaction ranks below that of Finland, Sweden, Denmark and Iceland. The figures show that 65 per cent of students in Norway are satisfied or very satisfied with the quality of teaching. That's the same level as in the previous report three years ago, whereas student satisfaction increased significantly in Denmark and Finland. 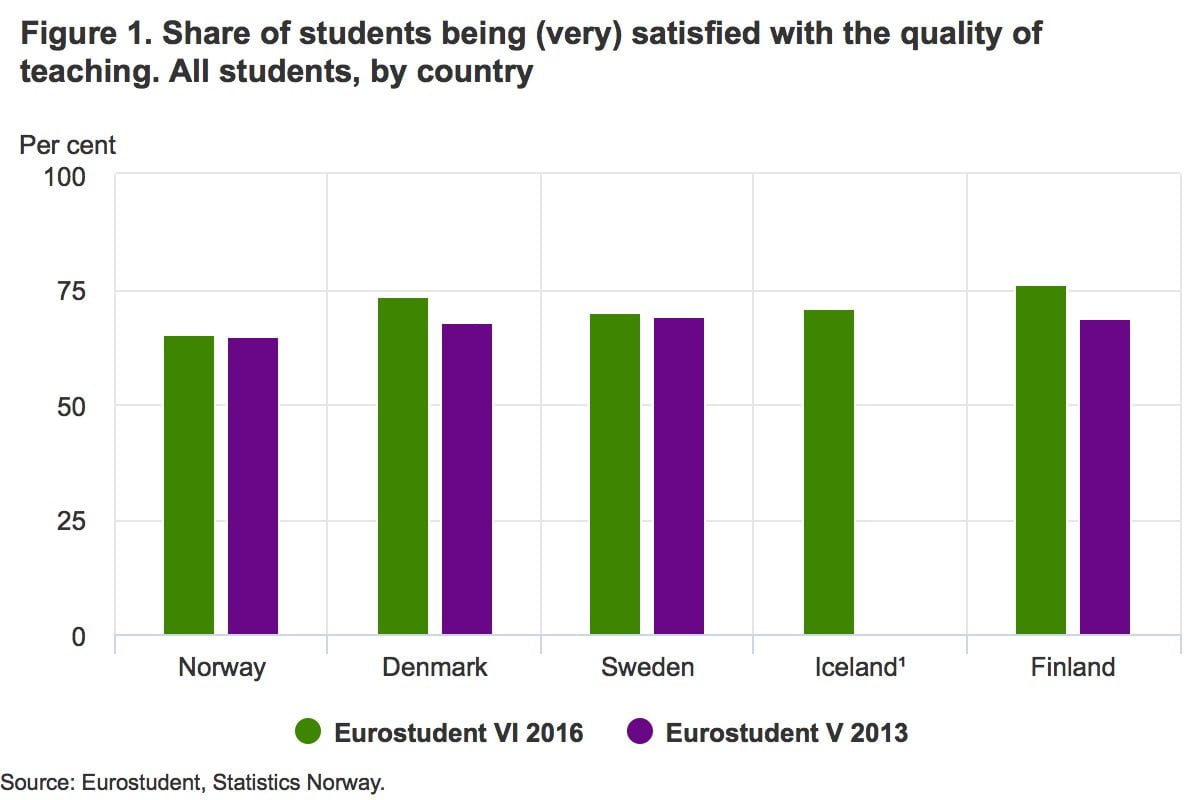 According to an SSB report on the results, the differences could be related to how teaching is practised: “Students in Denmark spend more time on teaching and on personal study time, which may have affected the results. At the same time, there were reforms in higher education that might have an impact on the results in the different countries.”

Within Norway, the breakdown of results makes for interesting reading, especially for foreign students who may be considering where to study in Norway. 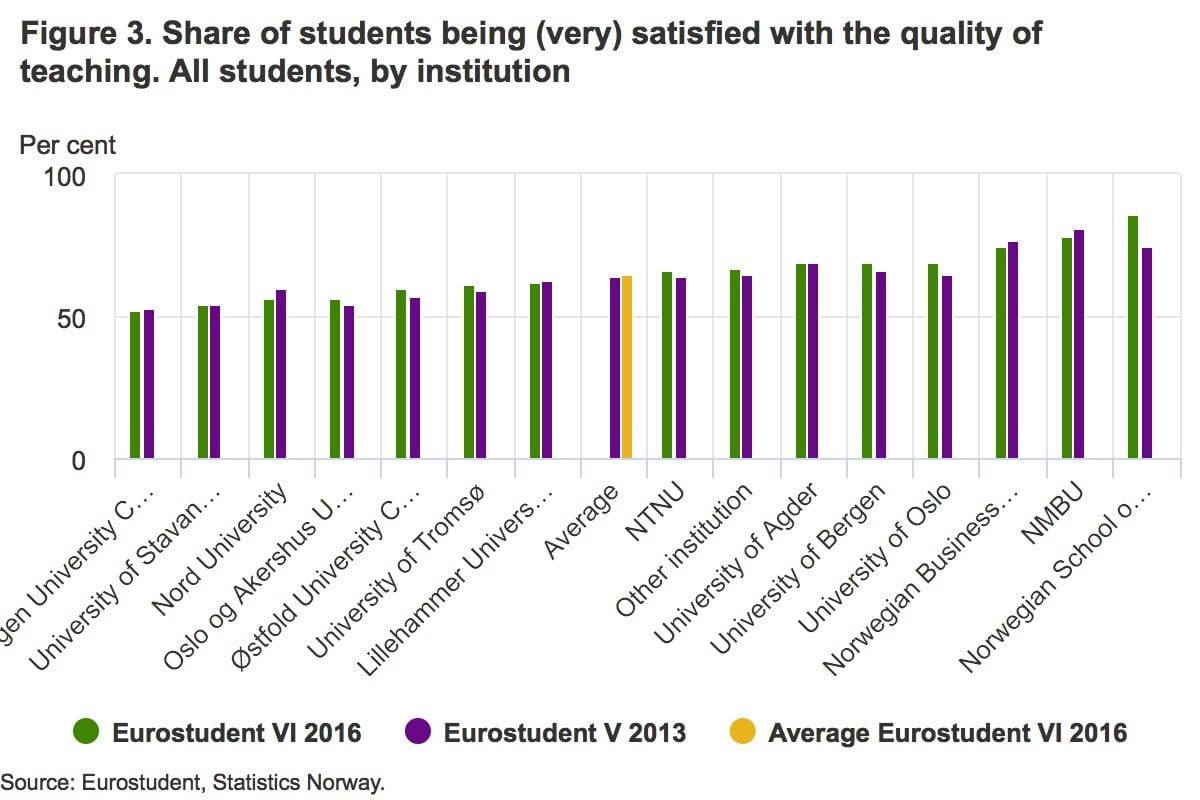 Specialised institutions have the most satisfied students

“There can be differences within the three groups of institutions in higher education, as they differ from each other with regard to the programmes they offer and which students they recruit,” says SSB.

Variations between fields of study

There are also satisfaction differences between the level of study programmes. Bachelor degree students were significantly less satisfied across the board than those studying at Master level.

“Differences between different study programmes can be related to the variation in ages of the students. Students taking a Bachelor degree are often younger than Master students, and students taking a one-year programme or single subjects are often a more diverse group,” says the report.