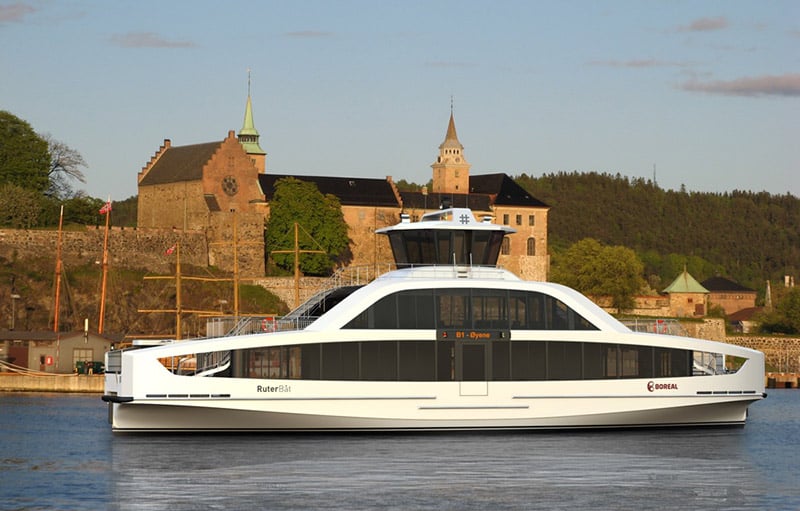 Passenger ferries are an important part of the Norwegian capital’s transport system. From 2021, they will be battery-powered.

Five new electric passenger ferries will debut in the Oslofjord from 2021, as the electrification of the city’s transport continues. The new vessels are part of a new deal between transport authority Ruter and Boreal Sjø.

They will operate the busy routes from the pier by Oslo City Hall to the Oslofjord islands. The routes are popular with locals and tourists, especially in the summer months.

By now, most people know the story of Norway’s love affair with electric cars. But the interest in electric-powered transport runs much deeper than that.

Despite Norway continuing to issue licenses for oil and gas exploration, the country is working to reduce its domestic carbon emissions. Almost all of the country’s domestic energy use comes from hydropower, making electric-powered transport a compelling option.

Now that the electric car infrastructure is well developed, attention is turning elsewhere. Both SAS and Norwegian are involved in electric flight projects, but those are long-term.

Electric and hybrid bus fleets serve many Norwegian cities, including Oslo. Next up, is electric ferries.

The five newly-built battery-powered vessels will be fully operational by 2022, but some will be launched in 2021. Boreal Sjø will supply and operate the ferries on behalf of Ruter. The company beat four other competitions to win the contract.

The fleet will have similar operating costs to the current vessels but cost more to produce. However, the capacity of each boat will be 350, considerably more than the 236 on the current boats.

“The electrification of the island boats in 2021 will make Oslo a showcase for green shipping and take us one step closer to the goal of becoming the world's first emission-free city,” he said in a statement.

While the Oslo ferries will be newly-built, the concept isn’t new at all. In fact, electric ferries have been in operation for a while on the Norwegian fjords.

Since 2018, the all-electric catamaran Future of the Fjords has been plying the popular tourist route between Flåm and Gudvangen. The 400-passenger carbon fibre vessel sails at up to 16 knots (almost 30km/h) and completes 700 annual journeys.

The move was the first step in making the Norwegian fjords zero-emission zones. Norway's government has declared its ambition to do this by 2025, which raises many questions for existing operators of major cruise lines.

Electric ferries have also been considered for the Horten-Moss crossing of the Oslofjord. Thousands of cars and people currently cross the fjord every day on diesel ferries, making it Norway’s busiest ferry crossing. 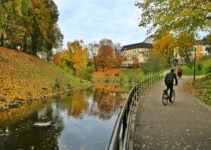