Skip to content
Home » Living in Norway » Culture » The Marius Sweater: An Icon of Norway 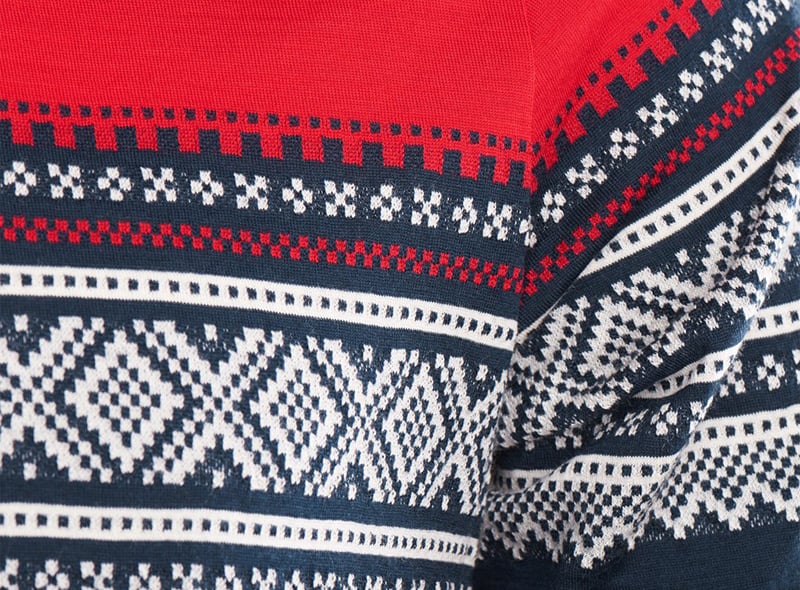 The Marius sweater is a true Norwegian icon – let's take a look at the origins of this instantly recognisable knitting pattern.

Few things are so recognisably Norwegian –  with the possible exception of brown cheese – as the Marius sweater. It’s also right up there with the Kvikk Lunsj in terms of its cultural value and iconic status.

The sweater’s colour scheme of red, white and navy (the colours of the Norwegian flag) is just one reason for its association with the land of the fjords. Others connections come from its history, origin and early marketing campaign.

The Marius sweater is hugely popular both in Norway and around the world. It's even been worn in public by King Harald. But why is it so popular? And where did it originate?

Origin of the Marius knitting pattern

The Marius design is not strictly the sweater itself but the pattern. It's a distinctive stitching design, one that is heavily influenced by traditional Norwegian knitting patterns.

The sweater has been around since 1953, and its journey from that point to today is an interesting one. 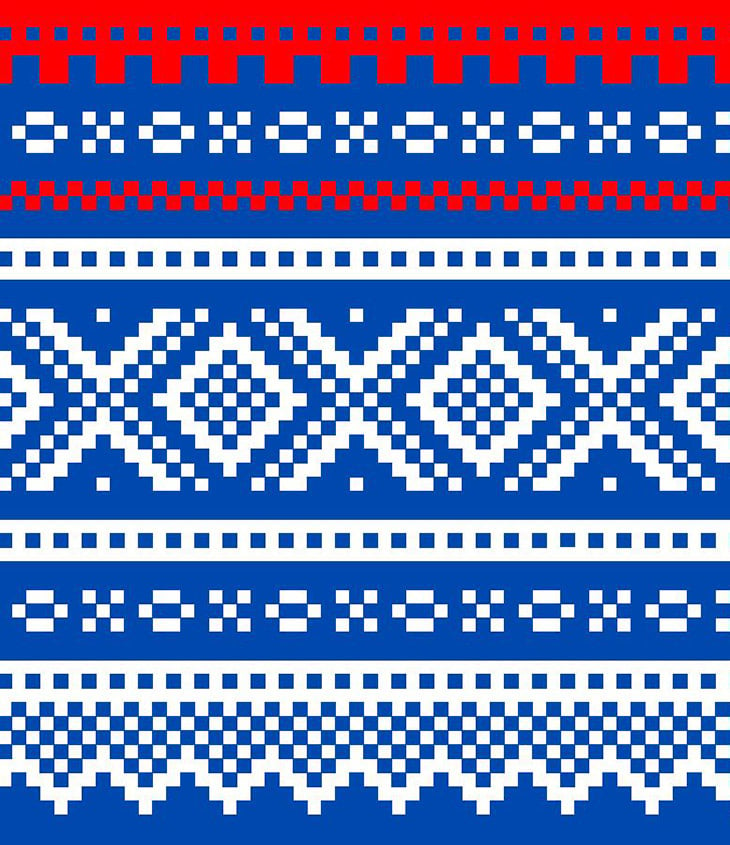 It was originally designed by Unn Søiland Dale, who then sold the pattern to a wool factory in Sandnes. At the time, she authorised a deal that allowed the factory to sell sweaters with the Marius design in Norway.

The dispute over ownership

There is also another story about the origin of the Marius sweater. A designer by the name of Bitten Eriksen says she designed the original Marius pattern.

Read more: A History of Norway

She claims that she discovered and worked on the pattern, or a variation of it, as early as the 1920s, again influenced by traditional Norwegian patterns. In fact, both Dale and Eriksen are said to have been inspired by the same book Norwegian knitting books.

Dale and her family strongly dispute Eriksen’s claims. Dale’s daughter, Vigdis Yran Dale, presently holds the commercial rights for the production of the Marius pattern through the company Lillunn AS.

The sweater’s name comes from the World Ward II fighter pilot in the RAF, Marius Eriksen. He was also a skier, a model and an actor.

When World War II ended, Eriksen competed in the winter sport of alpine skiing. He took part in the 1948 Winter Olypics in Switzerland, and in 1947 and 1948, became Norwegian alpine skiing champion.

During his acting career, Eriksen appeared in a Marius sweater in his debut film Trol I Ord (Troll in Words). The picture from this film was used on the front cover of the Marius knitting pattern.

Popularity of the Marius sweater

The Marius knitting pattern’s popularity is truly international, with millions of units of both the pattern and the sweater are sold each year, and its popularity shows no signs of slowing down.

These estimates include not just the traditional Norwegian flag colourway of red, white and navy but also many other variations and colours.

The Marius design is more than just a knitting pattern. The design is licensed for use on everything from mugs to keyrings. Its continued association with Norway is just as much a part of its success as the attractiveness of the pattern itself. Today, the thin, airy 100% fine wool yarn sweater is sold in all major Husflid stores in Norway.

In addition to the iconic Marius pattern, there are also some other familiar designs in the world of Nordic knitting:

The Lusekofte (lice jacket) or Setesdalsgnser (Setesdal sweater) is a design from the nineteenth century. It's a traditional Norwegian pattern that is often worn by men and most commonly knitted in black and white, but more recent lusekofte sweaters contain additional coloured stitches.

Another popular Nordic pattern is the Lopapeysa or Icelandic sweater. As you might have guessed, its origins can be traced to Iceland in the early part of the twentieth century. The lopapeysa is a distinctive pattern and similar to the Marius pattern in the way it draws down from the neck. This pattern around the kneck is knitted in a circlular way and is the same on the back as it is on the front.

The selburose is another distinctive Nordic pattern. It's a design characterised by a repetition of small rose patterns or octagrams. From around the sixteenth century, variations of the selbruse pattern have appeared in knitting books across Europe, including France, Switzerland and Germany.

The selburose design came to life in Norway in the mid nineteenth century, thanks to the Marit Guldsetbrua Emstad, a Norwegain girl from Selbu. This design takes its name from the place Selbu- and the feature of the pattern the –rose.  In addition to its use as a knitting pattern for jumpers, it is also commonly used mittens and socks.

Knit your own sweater

It's probably no exaggeration to say that in most family homes in Norway someone will own at least one Marius sweater. At the end of each autumn, its owner will dig it out from the back of the closet, dust it down, and ready it for another season’s wear.

Sure, it’s easy enough to buy your own Marius sweater, but where is the fun in that? If you're felling brave and adventurous (especially if you have never knitted before) then why not knit your own?

I often contemplate such madness having never knitted before, maybe this autumn I’ll actually get around to doing it …

6 thoughts on “The Marius Sweater: An Icon of Norway”