The Minnesota Wild winger is one of Norway's most famous ever ice hockey players. We take a brief look at the career of Mats Zuccarello.

Following a long career with the New York Rangers and a brief stint with Dallas, Zuccarello signed a five-year, $30 million contract with the Minnesota Wild in 2019.

It's perhaps only natural Mats ended up in the Twin Cities, given Minnesota's substantial Norwegian American community.

One of just a handful of Norwegians to play in the NHL in recent years, Mats Zuccarello is nothing short of a superstar in his home country. This despite the fact that ice hockey isn't anywhere near as popular in Norway as it is in other Nordic countries like Sweden and Finland.

His popularity is helped by the fact that the short, feisty athlete is somewhat shy and reserved off the field. In other words, he's typically Norwegian!

Charity work around the world

“He is one of the Rangers’ most popular players, but the cheers he gets at Madison Square Garden can’t compare to those in his home country,” said the New York Times when Zuccarello called New York his home.

His efforts to bring sports to children in his home country and beyond have endeared him to fans, activists and fellow athletes. While he regularly takes part in youth camps during the NHL off-season, he's perhaps best known for his work supporting struggling children around the world.

Just days after one season ended, Zuccarello was in Tanzania with the Right to Play organisation, which runs trips for athletes to disadvantaged communities around the world. According to the New York Times, Zuccarello has helped raise more than $800,000 for Right to Play over the past five years.

Read more: Interview with Mats Zuccarello on Life in Minnesota

He has since launched his own charity in Norway. The Zuccarello Foundation aims to increase participation and opportunity for children and youth to get involved in sport in his home country. More on this later.

Mats on the ice

“Zuccarello has been something that can’t be easily said for most of this team, consistent”, explains Forever Blueshirts, a Rangers fans' blog that also speaks of his leadership potential in what was otherwise a young team.

“There is a fire in his actions on and off of the ice. Young forwards like Andersson and eventually, the likes of Ty Ronning and Vitali Kravtsov, will benefit from Zuccarello’s leadership when the time comes.”

Mats grew up in a suburb of Oslo playing hockey from the age of five. After a couple of years at Hasle-Løren, he started playing for Vålerenga until the end of lower secondary school. He then accepted a scholarship from Frisk Asker to attend the Norwegian College of Elite Sport.

He began playing for Frisk Asker at the highest level of the Norwegian game at the age of 18. He soon caught the eye of bigger clubs signing for Sweden's Modo Hockey and picking up the Guldhjälmen, an award given to the league's most valuable player as voted by fellow players.

Mats signed for the New York Rangers in 2010 and spent some time playing for Hartford Wolf Pack/Connecticut Whale to adapt to the North American game before making his NHL debut. Other than a brief stint for Russian side Metallurg Magnitogorsk, he spent nine years with Rangers.

In early 2019, Mats was traded to the Dallas Stars and got off to a flyer with a goal in the second period of his debut. However, he sustained an injury later in the game. After leaving Dallas as a free agent, the Wild scopped him up in a deal that should see him see out his career in Minnesota.

What's next for Zuccarello?

Whatever's next for Zuccarello on the ice, it seems obvious where his priorities will lie post professional career: his work with the Zuccarello Foundation. Known in Norway as Zuccarellostiftelsen, the Foundation believes that no children should be left on the sideline.

“It is important to me to be a good role model for kids, that is why I established The Zuccarello Foundation,” said Zuccarello.

Even though he teamed up with Moods of Norway to create a special fashion collection, a big part of the idea was that the collection of caps, boxers, t-shirts ,hoodies, sweats, shorts and leather jacket would first and foremost support the Foundation. 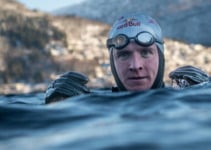