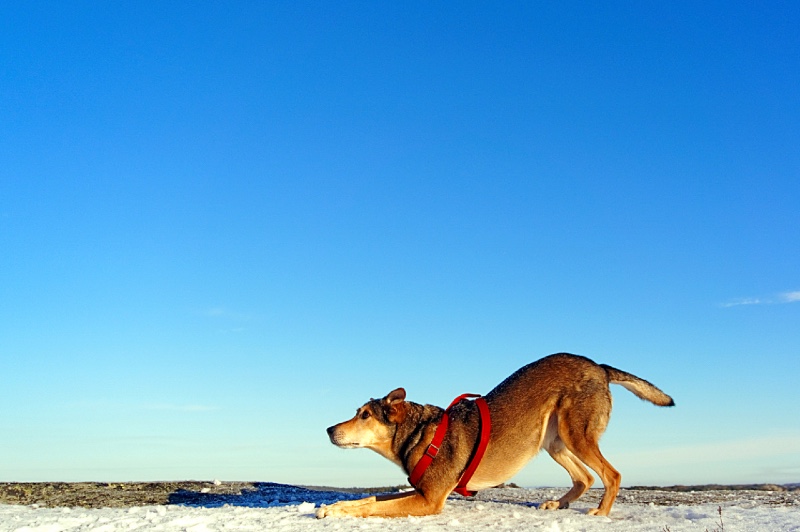 Dog owners across Norway are nervously monitoring the health of their pets following an outbreak of a deadly mystery illness.

At least 20 dogs have died across Norway in mysterious circumstances in recent weeks. Symptoms have included bloody diarrhoea and bloody vomiting. Authorities and dog owners alike are concerned.

Reports of the sickness first broke in Oslo but have since spread.  Cases have now been reported in most of Norway's counties, although the most series cases have been recorded in the Oslo region. Dogs of several different breeds and all ages have been hit.

The Norwegian Food Safety Authority initially said it was impossible to say if these cases are related. However, following the results of autopsies that now seems likely.

Bacteria found, but the cause remains unknown

Autopsies of the first three dogs to have died show clear signs of severe bowel disease. The pathologists observed a very bloody gut. Common causes such as a salmonella infection have been eliminated. Further autopsies at a different location show similar pathological findings.

Hannah Jørgensen is responsible for small animal health at the Veterinary Institute. She says the four autopsies performed so far have not provided any definitive answers.

“No salmonella or campylobacter has been detected in the dogs, but two other bacteria have been found that can cause diarrhea, individually or in combination,” explained Jørgensen to NRK. She also pointed out that it’s not yet known if these bacteria are the cause of the outbreak.

The Food Safety Authority say they continue to look widely for possible causes, such as viruses, bacteria, fungi, and parasites. “So far, there are no signs that the animals have been poisoned by known substances,” read a statement.

The very latest information from the Veterinary Institute and the Norwegian Food Safety Authority is that animal feed, water and bacteria are among the “tracks” being investigated for a possible cause.

Dog owners: Be on your guard

Authorities are recommending that dog owners keep a close eye on their pets. Many of the dogs impacted so far have deteriorated very quickly, so visit a vet if your dog shows signs of sickness.

It’s recommended that dogs be kept under control and on a leash. Avoiding areas with lots of other dogs is also a good idea until the cause has been identified.

”Yes, of course it worries us,” said Annsofie Evensen, spokesperson for the Norwegian Blind Association to NRK. She added that the current advice is limiting the dogs’ freedom of movement:  “We can't release them in parks and walk in the woods and fields today. Dogs need the freedom to run a bit loose.”

Other animals and humans seem safe

The Norwegian Food Safety Authority hasn’t received any reports of similar symptoms in other species. So far, there is also no indication that humans can be infected.