Step back in time more than 100 years with this collection of hand-tinted lantern slides. They capture some of the most popular tourist destinations in Norway, and how different they look!

If you want to see how much Norway has changed over the years, there's plenty of archive photography in the country's museums.

But just like these photographs of the Nordfjord region and Trondheim in flames, so many are black-and-white. This stunning collection of lantern slides from the county archives of Sogn og Fjordane are a rare, colourful exception.

Before modern photography and 35mm slides came lantern slides, also known as magic lanterns. Dating back to the 17th century, the earliest lantern slides consisted of hand-painted images on glass, projected by showmen storytellers. Photographic slides were introduced around 1850.

Most lantern slides consisted of two sheets of glass, one of which has the image on one side of it and the other which covers the image, bound by black paper tape. Slides were produced from black and white photography, and were hand-coloured or printed.

Norway at its best

The photos in this collection were taken by professional photographer Samuel J. Beckett and amateur P. Heywood Hadfield. The latter was an employee of the Orient Steam Navigation Company and travelled aboard early cruises through the Norwegian fjords.

Hadfield produced a book of photographs from his travels, With an Ocean Liner through the Fjords of Norway: A Photographic Memento of a Fortnight’s Cruising. The book and hand-tinted slides were published by the London Stereoscopic & Photographic Company. They were marketed to souvenirs and cruise passengers.

Here's a selection of some of the best:

The glaciers of Norway still have the ability to astound today. But in the days long before the internet and even colour photography, images of glaciers were mostly limited to paintings or black-and-white prints. Imagine then how exotic this glacier must have looked to someone from southern Europe.

The same goes for this shot! Perhaps even more so, as the inclusion of the man helps to give scale to the epic glacier and waterfall behind. Norway's glaciers remain important tourist attractions today, but in 1900 they were bigger and more easily accessible.

Bergen and the Bryggen wharf are clearly recognisable in this picture. But take a little closer and you'll see some big differences. There's a lot less boat traffic, for a start! The empty land in the background is today home to the industrial, commercial and residential area Laksevåg.

Another view of Bergen, this time from water level in the Puddefjord. Around the time this photograph was taken, Bergen's population was a mere 94,485. While that's a lot smaller than today's 280,000, it was at the time a record high after a period of dramatic growth. You can read more here about the history of Bergen.

Today it's a cruise port that relieves some of the pressure on nearby Geiranger. But back around the year 1900, Hellesylt was the perfect example of an idyllic fjordside village. The white, wooden Sunnylven Church was built in 1859 and still stands today.

Speaking of Geiranger, the village in 1900 is barely recognisable as the busy cruise port of today. But the distinctive slopes of the Geirangerfjord are impossible to mistake. In the picture is the former wooden Hotel Union, then just a few years old. The old hotel was finally demolished in 1979.

The small town of Eidfjord is depicted in several of the slides. This one shows a wedding procession in front of the church, built in 1309. Today the church is known as the Old Eidfjord Church and while still standing, a more modern church has been built elsewhere in the village for regular use.

And here is a view of the town itself. Around the year 1900, Eidfjord was typical of the small towns that grew up around the inner fjords of western Norway. They were reliant on farming, agriculture and of course, fishing. Today Eidfjord is home to something like 550 people, but is a popular spot for tourists.

Around this time of year, people were leaving Norway in their droves. Farming was tough, and tens of thousands left in search of a better life in the new world. Still, many stayed! This image shows a woman in the national dress, the bunad, with a spinning wheel.

This colourful slide shows several families at Øvre Vassenden. The small community is located just to the north of the Hardangerfjord on the shores of Granvinsvatnet lake. While many of the slides show people in national costumes, many of those in this slide are wearing everyday clothes.

If you think the people in these picture look a little out of place, you'd be right! According to the archives, the slide depicts tourists enjoying a picnic lunch, presumably on a hike to one of the many mountain farms.

All photos courtesy of the Sogn og Fjordane county archives. 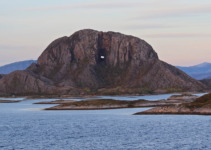 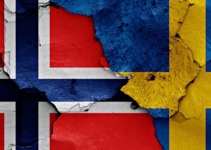 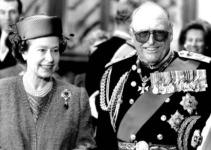