159 people died aboard the MS Scandinavian Star during the 1990 fire. We remember the tragic story and how it went on to change fire safety codes at sea around the world.

The MS Scandinavian Star was a passenger ship that caught fire on a voyage between Norway and Denmark on the night of April 6, 1990. It was a disaster that tragically claimed 159 lives.

What happened on that fateful night was compounded by a number of failings and foul play onboard. The resulting investigation went on to change the course of fire protection regulations and evacuation guidelines onboard passenger ships around the world.

History of the vessel

The MS Scandinavian Star was a vehicle and passenger ferry built in France in 1971 by Dubigeon-Normandie. The ship’s original name was MS Massalia. Initially, it operated as a passenger service on routes between Marseille, Málaga and Casablanca in the Mediterranean. Between 1983 and 1990, it served as a cruise ship in the Caribbean.

Over the years, the vessel changed name several times under the ownership of different companies. The names included Stena Baltica and Island Fiesta.

In March 1990, it was acquired by Vognmandstruten K/S, A/S. They refurbished the vessel and put it into service just one month later on a busy route between Norway and Denmark.

On April 6 1990, at 9:15pm, the MS Scandinavian Star departs one of Oslo’s ferry terminals. It leaves the port two hours and 15 minutes after its scheduled departure time of 7pm due to loading delays.

395 passengers and 97 crew are on board the 12,500-tonne vessel as it heads off into the calm waters of the inner Oslofjord. Ahead, is a 13-hour voyage to Frederikshavn on the northern tip of Denmark.

But after four hours and 45 minutes in to the journey, a tragedy begins to unfold. It's 2am, and a small fire starts in one of the corridors of the lower decks. The fire quickly takes hold and spreads to other decks. Many passengers remain asleep in their rooms while others enjoy the ships entertainment on the upper decks, most however, are unaware of what is unfolding.

When passengers realise something is wrong, they try to get away. Some escape the fire while others remain trapped in their rooms. Other ships in the area respond quickly to the captain’s mayday calls and arrive to help those who have managed to make it into life rafts.

The National Geographic documentary Seconds from Disaster reported that just before the captain abandoned the MS Scandinavian Star, he answered when questioned about any passengers still onboard, “As far as I know, I think everybody has got away.”

On the night of the voyage, the MS Scandinavian Star was carrying 395 passengers and 97 crew. Of those, 158 died on the shipas a result of the fire. 136 of those who lost their lives were Norwegian. One additional passenger lost their life several weeks later from their injuries.

A couple of months after the fire, a memorial trip in the North Sea was organised. The voyage was attended by 300 people and lasted for two days. It was an opportunity for friends and family members to remember those who lost their lives on the MS Scandinavian Star.

In April 2006, a memorial statue was unveiled close to Akershus Fortress in Oslo. The statue depicts a mother with her child and a plaque with the names of the victims.

The investigation and subsequent controversies

Over the years, there have been a number of theories and conspiracies about the events surrounding the fire onboard the MS Scandinavian Star. At first, the Oslo Police Department investigation suspected Erik Mørk Andersen, a Danish lorry driver that died in the disaster. Andersen had three former convictions for arson.

However, an investigation in 2009 ruled that a number of separate fires had been started on the night and therefore there must have been a number of people involved.

This claim was backed up in a 2013 report by “the Foundation for Arson Investigation Scandinavian Star”, who claimed that Andersen died in one of the earlier fires, long before the later fires were even ignited.

The report laid the blame for the fires at nine of the ship’s crew members. It also claimed that they sabotaged efforts to put the fire out.

The findings in the report by “the Foundation for Arson Investigation Scandinavian Star” were unconfirmed and unofficial. But they did manage to spark a reopening of the investigation by the Police in Norway in 2014, which in turn cleared the deceased suspect Erik Mørk Andersen.

Finally, or at least for the time being, the retired Danish investigator who led the initial investigation, Flemming Thue Jensen, also claimed the fire was a deliberate act by members of the ship’s crew.

He added that, they propped open doors so that the fires could better take hold and that at least one fire – or flare up – was caused by crew members setting diesel-soaked mattresses alight.

In 2021, the Danish government agreed to reopen an investigation, focused on the shipowners and the insurance conditions.

Changes to the international code relating to fire safety

The fire onboard the MS Scandinavian Star raised many issues with fire safety and evacuation procedures onboard passenger ships. In 1992, the FSS Code (International Code for Fire Safety Systems), a series of international treaties put together by the International Maritime Organization in the SOLAS Convention which are intended to lower the possibility of fire and enhance emergency response on ships, was amended.

It wasn’t the first disaster in the 20th century that has resulted in amendments, a number of other high-profile incidents dating back to RMS Titanic sinking in 1912 have also resulted in changes to the code.

The vessel's life after the disaster

Following the fire, the damaged MS Scandinavian Star was towed to a port in Copenhagen. After a number of months in Denmark, it was then transferred to Southampton where it remained for almost four years.

It was eventually refurbished and put into service between 1994 and 2004. It was registered with various companies around the world and operated mainly as a charter ship in the Mediterranean and then the Caribbean.

On the 14 May 2004, carrying its final name, Regal V, it arrived at Alang, Gujarat in India. A short time after, she was broken up and sold for scrap. 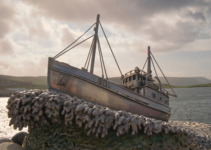 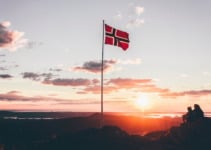