Skip to content
Home » Living in Norway » Earthquakes in Norway

A look at the terrifying but fascinating earthquakes that have struck Norway and the Scandinavia region in recent history. The topic even inspired a recent Norwegian movie.

Earthquakes and Norway are two words that thankfully don’t often go together. But, that’s not to say the country isn’t affected by one of Earth’s most terrifying natural events.

Minor tremors on the earth’s crust occur all time all around the world. If you live in close proximity to a fault line, then you have more cause for concern. Norway and much of northern Europe are a fair distance away from any of these major fault lines. As a result, we escape the worst earthquakes.

Despite this, it’s surprising how many minor tremors hit the region each year. No matter how small or big an earthquake is, most can be a scary experience for anyone unfortunate enough to experience one.

The earth's crust is always moving. Earthquakes are the result of that movement – the friction along fault lines were the plates meet. When rock underground breaks it causes seismic waves. These waves spread out from an epicentre, the place the break occurred, gradually weakening the in strength the further they go.

Earthquakes are measured on the richter scale of magnitude, a range of numbers that grades the power of a quake. Earthquakes measuring higher than 4.5 can be picked up on measuring stations around the world.

The most powerful earthquake ever recorded was the Great Chilean Earthquake in 1960. It had a 9.5 magnitude and killed an estimated 6,000 people.

How earthquakes are monitored in Norway

The Norwegian Seismic Array NORSAR is charged with the task of monitoring seismic activity on Norwegian territory. The centre has several monitoring stations that collect seismic data across this region.

NORSAR communicates and exchanges data with other such institutes around the world. On their website, they provide a continuously updated lisst of seismic activity across northern Europe; in addition to other monthly review reports about seismic events in the region.

In November 2018, a 6.8 magitude earthquake struck in the Arctic Sea off the coast of Greenland and not far from the volcanic Jan Mayen island, a Norwegian territory. It is technically the most powerful quake to hit Norway since records began.

Mainland Norway however, is not what is considered close to any fault lines or active volcanoes. Norway sits in Northern Europe and lies between the Eurasian plate that runs from the north of Iceland all the way down the middle of the Atlantic Ocean and the Arabian plate to the south of Mainland Europe.

This makes powerful earthquakes in the country very unlikely; however, some experts say, medium ones, like the one that struck Oslo and northern Europe in 1904, are likely every 100 years or so.

It wasn’t just felt in southern Norway but over some 800,000 square kilometres, across southern Sweden, as far as Helsinki and parts of northern Poland. There was also at least 18 reported aftershocks that followed the main earthquake.

The quake panicked many of those living in Olso at the time as buildings shook and were left damaged by its force. The worst affected was Johannes church. The fact it was built on clay ground only contributed to the level of damage to the building. Large cracks formed on walls and in the end it was decided to be beyond repair and was demolished.

Earthquakes in the rest of northern Europe

In recent years, medium earthquakes have struck Norway’s neighbours, Sweden. In March 2016, an earthquake measuring 4.1 hit 45 kilometres off the Swedish coast in the Gulf of Bothnia. It affected the Swedish towns of Skelleftteå, Piteå and Luleå but caused little or no damage.

In September 2014, a similar earthquake measuring 4.1 hit central Sweden. Both quakes are the most powerful to hit the country since the 1904, the one that also affected Oslo.

It is perhaps with little surprise that the most active Nordic country for seismic activity is Iceland. Not only is it close to the Eurasian fault line, that runs up the centre of the Atlantic Ocean, it also has some active volcanoes on the island.

The 2018 Norwegian film, The Quake (Skjelvet in Norwegian), thrust some spotlight on what would happen if there was an earthquake in the country.

It centres around Kristian Eikjord (played by Kristoffer Joner), a geologist, and his family. After investigating an Oslo tunnel collapse that killed a collegue, Kristoffer becomes obsessed with the prospect that a devastating earthquake will soon hit the city.

At the box office, The Quake earned $14 million worldwide. The film is the sequal to the 2015 movie The Wave (Bølgen), in which a huge tsunami is caused by a rockslide in Geiringer fjord.

The likelihood of a powerful quake in Norway

Another significant earthquake in Norway is often talked about but this talk is right up there with similar theories about other natural disasters in Norway.

Such as, a rockslide from mountain Åkerneset in Geiranger fjord that could in turn cause a huge tsunami – just like the movie The Wave (Bølgen). Or that Pulpit Rock (Preikestolen) will collapse and slide into Lysefjord and cause a similar fate to those living nearby.

Nature is unpredictable; and it may be worth noting that a significant earthquake in the country could significantly contribute to either of the aforementioned catastrophes ever becoming a reality. 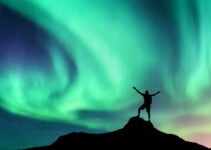 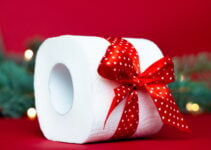 6 thoughts on “Earthquakes in Norway”