British and Dutch workers who live at home and commute to work in Norway should be aware of a law change that could result in a significant wealth tax bill from the Norwegian government.

Norwegian residents, and those considered tax resident in Norway, have to pay wealth tax of up to 1% on their global assets over 1,000,000 NOK (about 100,000 GBP or 125,000 EUR). Up until this year, the tax was mitigated by the double-tax treaty for foreigners who are taxable by both countries. However, wealth tax is no longer covered in the new tax treaties with the UK and Netherlands, which came into affect on 1st January 2014.

It's crucial to emphasise this change only affects those with a permanent home and base of operations in the UK or Netherlands, who commute to Norway on a regular basis. Those who work in Norway less than 183 days in a year or 270 days over 3 years will not be considered tax resident in Norway, while those who live and work permanently in Norway are already considered tax resident and are therefore already subject to the wealth tax.

Consider the case of a UK oil industry contractor, who semi-regularly flies from Aberdeen to Stavanger to work Monday-Friday throughout the year. This person should already pay Norwegian income tax on their income sourced in Norway, but the previous tax treaty meant they were not subject to wealth tax. From this year onwards, that person may now have to pay additional wealth tax on any assets including UK property to Norway.

Individuals who own mortgage-free property, or other significant assets, in the UK or Netherlands could see a significant bill.

Norwegian company Visma outline the change and possible impact on their business blog:

When the tax treaty does not cover the net wealth tax, Norway may levy net wealth tax based solely on the provision of Norwegian domestic tax law and irrespective that the person has a home and family in the other state. This may be the situation for British and Dutch residents that commute weekly to Norway or is seconded to Norway on short term assignments exceeding one year.

Note that the Norwegian tax office may levy penalty taxes for non compliance, and there are cases where individuals have been sentenced to imprisonment for net wealth tax evasion. (Visma)

This will be an unpopular move for many British and Dutch workers particularly in the oil industry, where this pattern of weekly commuting is common practice.

Important: I must make it clear that I am not offering financial advice, and this article should be used for information only. Each individual's tax position will vary dependent on personal circumstances, and professional advice should always be sought. 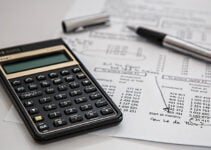 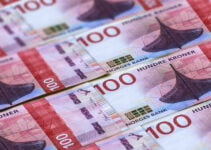