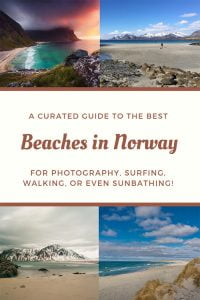 It might be the last place on earth you'd think of for a beach holiday, but Norway has its share of spectacular sands.

Norway is known for its fjords, the northern lights, its historic cities, and the Vikings of course. But beaches? Not so much.

Where are the best beaches in Norway?

To me that's a massive surprise, as although they're not suitable for a summer holiday in the style of Spain, some of Norway's beaches are absolutely stunning.

This map details each beach we talk about in this post. Of course, this isn't supposed to be a comprehensive list, just a curated list of what we consider – for a variety of reasons – to be the best. There are far more beaches in total!

It's not just about how they look, either. Some spots, especially in the north, are attracting attention for the quality of their surf. Unstad in Lofoten even hosts an international surfing competition. More on that later.

While chilling in the winter, the water temperatures can be surprisingly mild in the summer thanks to the warming effect of the Gulf Stream.

While the waters won't ever reach the temperatures of the Med, you can still expect water temperature of above 20C in the summer, at least in the south.

Another type of tourist drawn to Norway by the quality of the beaches is the professional and amateur photographer.

In the first episode of the Life in Norway Show, I spoke to American expat and professional photographer Cody Duncan, who now leads photo tours around his adopted home of Lofoten.

“The beaches themselves are absolutely fantastic and some of the best in the world. The water is so clear and the sand is often white, so when you're above the beaches it's absolutely amazing and you could be in the Mediterranean, except you're standing on top of a 500-metre mountain looking down.”

“In the west on Moskenesøy there are three beaches in particular that can only be reached by hiking. There's no roads, no houses, no power lines, just these fantastic beaches surrounded by walls of granite rising above them. Few places on earth are as majestic and as powerful.” You can listen to the full interview here.

Many beautiful, sandy beaches are within easy reach of Stavanger all along the Jæren coastline to the south of the city. It's a windy coastline so the beaches are popular with surfers, but they're a great option for long walks too.

Jæren is the largest flat lowland area in Norway, so the coastline is notably different. Pictured here, the five-mile-long Orrestranda is Norway's longest sand beach, so there's always a spot for you here.

North of Stavanger close to Haugesund, Sandvesanden beach is one of the main attractions on the island of Karmøy. Rather than sunbathers, this beach attracts nature lovers thanks to its rich vegetation.

Elsewhere on the island, Åkra is a well-known haunt among windsurfers, while Sandholmen near Syre is a lovely spot for bathing.

Some of the country's best beaches are located far north on the islands of Lofoten. They're so good that I wrote this article about them for CNN!

While the islands are best known for their spiky landscape, idyllic waterside villages, Northern Lights displays and world-class hiking, it's the beaches that are the biggest surprise to visitors.

Unheard of even by many Norwegians, Unstad is a name familiar to cold-water surfers around the world. Since 2007, the Lofoten Masters has grown from a local surf gathering to an international standard competition.

“Above the Arctic Circle, men and women were taking surf lessons in snowstorms on Unstad Beach, with air temperatures dropping to around 9 degrees Fahrenheit (-13 degrees Celsius). As day turned to night, some surfers stayed behind to witness the northern lights, with a few even venturing to paddleboard under the bright night skies” – The Atlantic

While some beaches are right by the side of the road, others require a hike and are therefore often all but deserted. Perhaps the best known of these is Kvalvika on the northern side of Moskenesøy.

There are at least three ways to get to Kvalvika, the shortest a 2km trail (boggy and steep in parts). Other longer, more challenging hikes reward those who make the effort with an outstanding birds-eye view of the beach. It's a popular place among photographers, and many people choose to camp overnight here.

Another one worthy of the effort required to get there is the vast beach at Bunes. Also on the northern side of Moskenes, Bunes requires visitors to take the passenger ferry from Reine to the small village of Vindstad.

As there only one or two ferries per day on the route, most visitors choose to camp on the grassy dunes. There's plenty of space, and water is easily available from the nearby waterfalls.

North-east of Lofoten, Vesterålen is a similar archipelago of islands yet far less trafficked with tourists. Close to the northernmost tip of the islands, Bleik is a small community of a few hundred people.

The community is best known – aside from the nearby rocket launching site – for its long beach.

You're more likely to see locals out for a morning run than sunbathing given the wind speeds on this exposed section of coastline, but it's another great option for photographers, road trippers looking for a break, and people wanting a place to camp. A couple of campsites offer good views of the water.

At the southern tip of Tromsø island lies Telegrafbukta beach, known primarily for two things besides its function as a beach on sunny days! Firstly, it's the location of the Bukta open air festival, held annually in July since 2004.

But Telegrafbukta is also one of the top places in and around the city to see the northern lights. On a clear day, many visitors choose the location – a reasonable distance away from the downtown lights – to base their aurora hunt.

As the biggest city on Norway's southern coast, Kristiansand attracts a lot of domestic tourists during the summer, not to mention heaps of international day-trippers from the  many cruise ships that dock here.

One of the reasons is this blue flag beach Bystranda – one of just five in the country with the award – at the very heart of the city.

There's a swimming pier, public restrooms and a skatepark, and you're within a few minutes of great restaurants and shopping opportunities.

Things continue along the southern coastline too. There's another blue flag beach, Hamresanden, by the city's airport, and sheltered beaches at Lomsesanden and Sandviga farther west.

Last but not least, the Norwegian capital. While they're small and man-made, Oslo's beaches give city dwellers and city breakers an opportunity to get their feet wet!

Pictured below is the small beach at the seawater pool at the far end of the new Sørenga residential development behind the Opera House.

Tucked away amid the sculptures outside the Astrup Fearnley Museum of Modern Art on Tjuvholmen is a small pebbly beach. While you wouldn't want to spend the day in either of these places, it's good to know they are there!

There are a couple of natural beaches too. But, to reach those you'll need to head on over to the Bygdøy peninsula (Huk is one of the most popular destinations for Oslovians when the sun shines!) or hop on a small passenger ferry to one of the Oslo islands.

Of those, Hovedøya and Langøyene offer the best options for some beachside family fun.

What's your favourite beach in Norway? 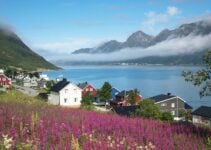 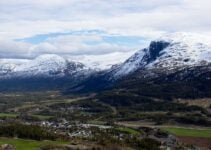