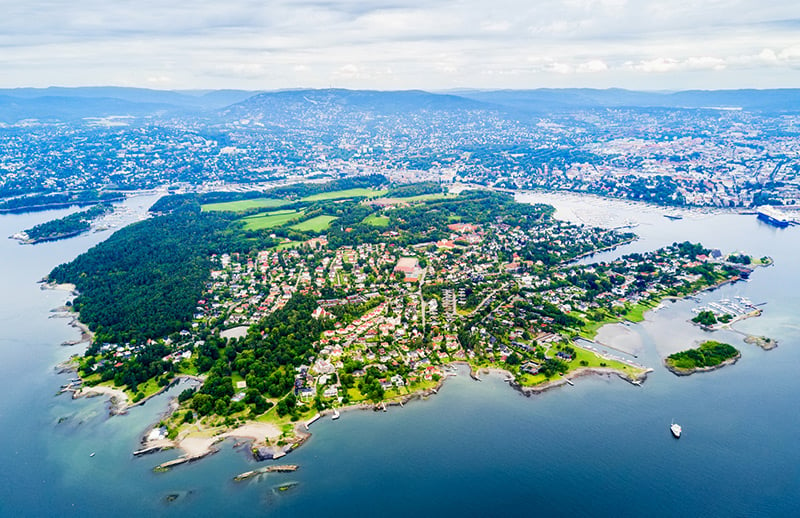 This green, leafy peninsula in the Norwegian capital is home to some of the country's best museums. Here's our guide to the upmarket district of Bygdøy, Oslo.

I'd been living in Oslo for less than two weeks when I first took a trip to Bygdøy. My reason for visiting? Well, like most people, I wanted to check out the museums.

Over the space of a few weeks, I kept returning until I'd ticked them all off the list. During my research for the Moon Norway guidebook, I once again visited the museums of Bygdøy.

But the district is also popular for its beaches and hiking/cycling trails. Finally, it's one of the most pleasant places to live in the Norwegian capital. Let's take a closer look at this fascinating part of Norway's capital city.

Where is Bygdøy, Oslo?

The peninsula is easy to spot on a map of the Norwegian capital:

Many visitors assume the large piece of land is an island, especially as there's a passenger ferry there from downtown. But it's actually connected to the mainland by a narrow 300 metre stretch of land.

The museums of Bygdøy

Whether by accident or design, Oslo’s most distinctive museums of cultural history are bunched together on the peninsula.

If for some reason you’re not heading out to the western fjords after your time in Oslo, then the Norwegian Museum of Cultural History is a must-do for a taste of rural Norwegian life. 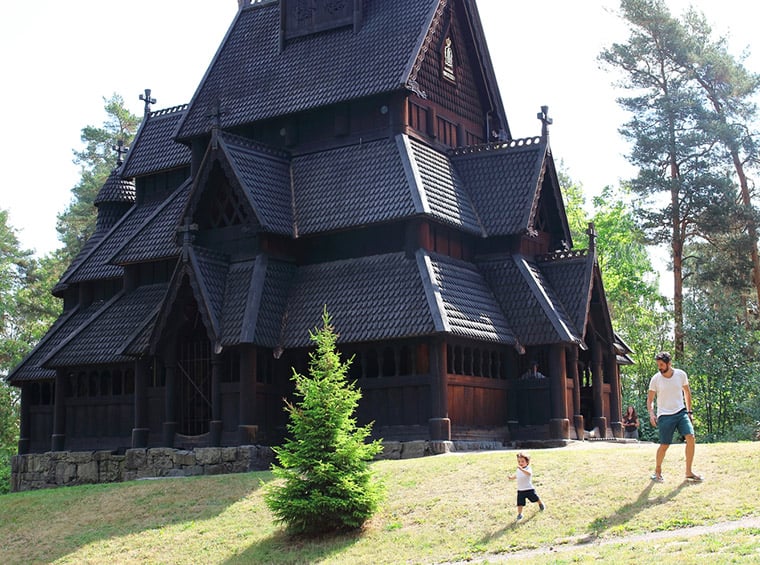 The highlight of the centre is a genuine medieval stave church from the town of Gol. King Oscar II relocated it to Oslo in the 19th century.

Farmsteads from all across the valleys of Norway have been acquired and relocated here, including a mustard yellow 19th-century farmhouse from Stiklestad with a refurbished interior to show how a busy farming family would have lived during the 1950s.

Other notable highlights include the parsonage (1752) from Sogn and an open-hearth house, barn, and stable comprising the Setsedal farmstead (1739).

The park is open daily year-round, although the experience in the summer season from mid-May to mid-September is far richer. Then, the open-air museum comes to life with hosts in traditional folk dress ready to explain their lives to you, to the soundtrack of live folk music. 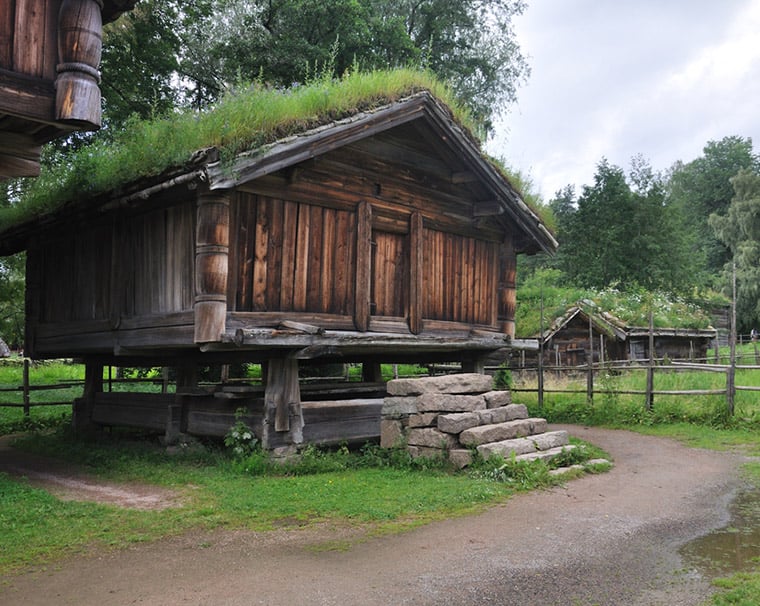 Outside summer, the opening hours are drastically reduced, and the museum adopts a more serious demeanour. That being said, there is still plenty to see for those with an interest in Norwegian culture.

Neighboring the Museum of Cultural History, the Viking Ship Museum is one of the city's most popular attractions—and with good reason. Visitors get to see three genuine Viking ships excavated from the Oslofjord region. The Gokstad, Oseberg, and Tune ships are on display in the purpose-built building.

Considering they were built in the 9th century, two of them are in spectacular condition after restoration. But as much as the ships play a starring role, the exhibits around the periphery take you on an eye-opening journey into Viking life. Discover sledgehammers and household objects such as tools, textiles, and utensils.

The ships provide the foundation for ongoing research. The Gokstad grave was excavated in 1880 but until recently was never investigated using modern methods. A recent research project, Gokstad Revitalized, has revealed a marketplace at nearby Heimdalsjordet, providing yet more insight into the daily life of the Vikings.

In 1947, Norwegian explorer Thor Heyerdahl set sail from Peru on a hand-built raft called Kon-Tiki. He wanted to prove it was possible to sail to Polynesia as ancient myths told.

After an 8,000km journey across the Pacific Ocean, his raft reached the Tuamotu Archipelago. His success backed up his theory that, contrary to popular belief that Polynesia was populated from west to east, there had been ancient contact from South America to Polynesia.

Largely dismissed by modern anthropologists, Heyerdahl’s theories and adventures nevertheless inspired an Academy Award-winning documentary movie. The Kon-Tiki Museum tells the tale of Heyerdahl and houses original vessels and equipment from his expeditions.

While you’re in the mood for expeditions, explore a genuine polar vessel at the Fram Museum, adjacent to the Kon-Tiki Museum. The strongest wooden ship ever built, Fram survived journeys to both polar caps. 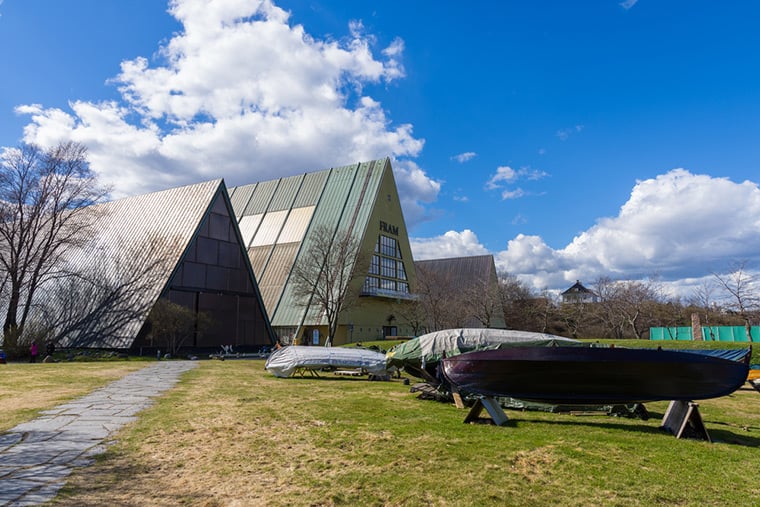 Although principally focused on the vessel, the museum also profiles Norwegian polar explorers Fridtjof Nansen (who helped fund and specify the ship), Otto Sverdrup, and Roald Amundsen and the Scottish-Norwegian ship designer Colin Archer and has exhibits on polar bears and penguins.

Next door to the Fram Museum is the Norwegian Maritime Museum, which completes the series of museums of Bygdøy but is only worthwhile to those with a specific interest in maritime culture and history. Exhibits principally focus on the technical details of the shipping industry, although the hall of traditional boats and the maritime art gallery hold some interest.

The beaches of Bygdøy

The water is often cold but you can of course swim for free in the Oslofjord! On a summer's day Oslo's handful of beaches are crammed with locals looking for the best place to grab some rays.

Bygdøy is home to three super popular beaches and swimming spots: Huk. Paradisbukta and Bygdøy Sjøbad. The most popular, Huk is a short stroll from the bus stop. Paradisbukta is better suited for children, but it requires a slightly longer walk. Whichever spot you choose, there are in-water platforms, changing facilities and summer kiosks. 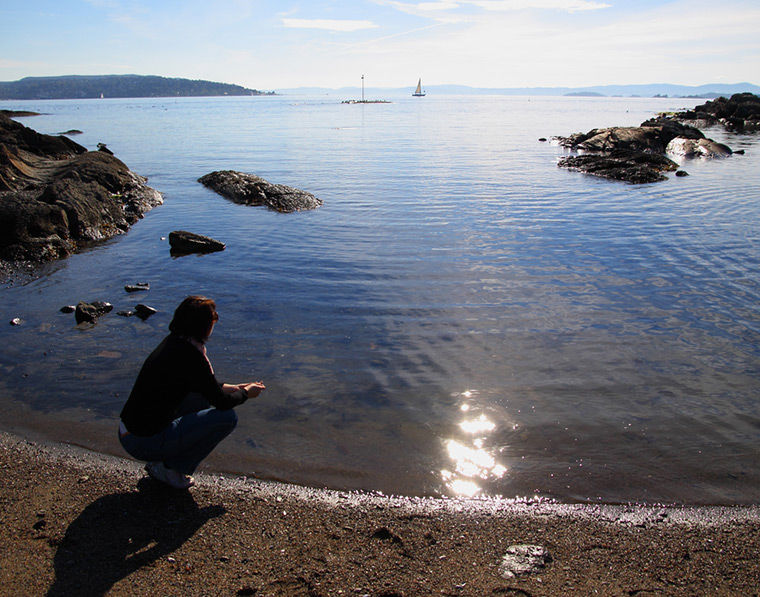 With quiet roads and a green, leafy environment, Bygdøy is an extremely desirable place to live. Unfortunately, it has the prices to match! Detached houses here are some of the city's most expensive, with prices well in excess of 10 million the norm.

There are cheaper types of houses, however. Some large houses have been split into two or four apartments. There are also smaller accommodations, but some of these are reserved for elderly residents.

It's a similar story if you're interested in renting a home on Bygdøy. At the time of writing, the cheapest accommodation on Finn.no is 8,000kr. Not too bad you may think, but that's for a tiny hybel. Anything the size of a typical apartment tends to be around the 14,000kr mark.

Getting to Bygdoy from Oslo

It's easy to get to the area by public transport. To reach Bygdøy, you can take bus 30. The regular service runs from Jernbanetorget (outside Oslo Central Station) year-round, but during the summer months the more interesting and quicker way is to take the ferry from one of the piers in front of City Hall. 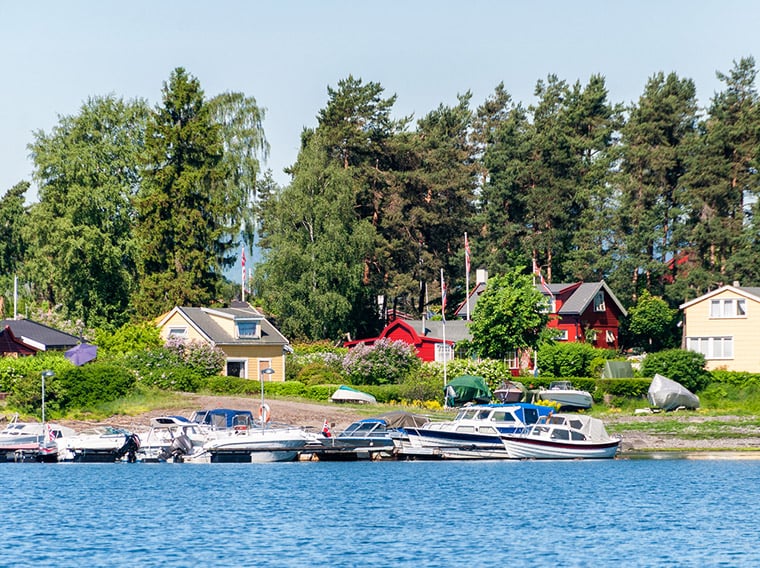 The first stop serves (by way of a short walk) the Norwegian Museum of Cultural History and the Viking Ship Museum, while the second stop drops you right outside the Kon-Tiki, Fram, and Norwegian Maritime Museums. Bus 30 stops outside all the Bygdøy museums. Check Ruter for bus departure times.

The 10-minute ferry trip (May to mid-October) is quicker than the 20-minute bus trip. However, a standalone ticket is required from the booth before you board, as regular transport passes are not valid. At the time of writing, this costs 52kr for a one-way trip or 78kr for a return, with cheaper tickets available for under 18s. The ferry trip is complimentary for Oslo Pass holders, however.

The one downside of planning to spend a day exploring the museums of Bygdøy is the lack of eateries on this largely residential peninsula. Your best bet is to bring your own lunch or plan to eat a sandwich or light snack at one of the museum cafes.

If you've been to the peninsula or are planning a trip, why not share this post on Pinterest so others can find it too? Here's the perfect pin: 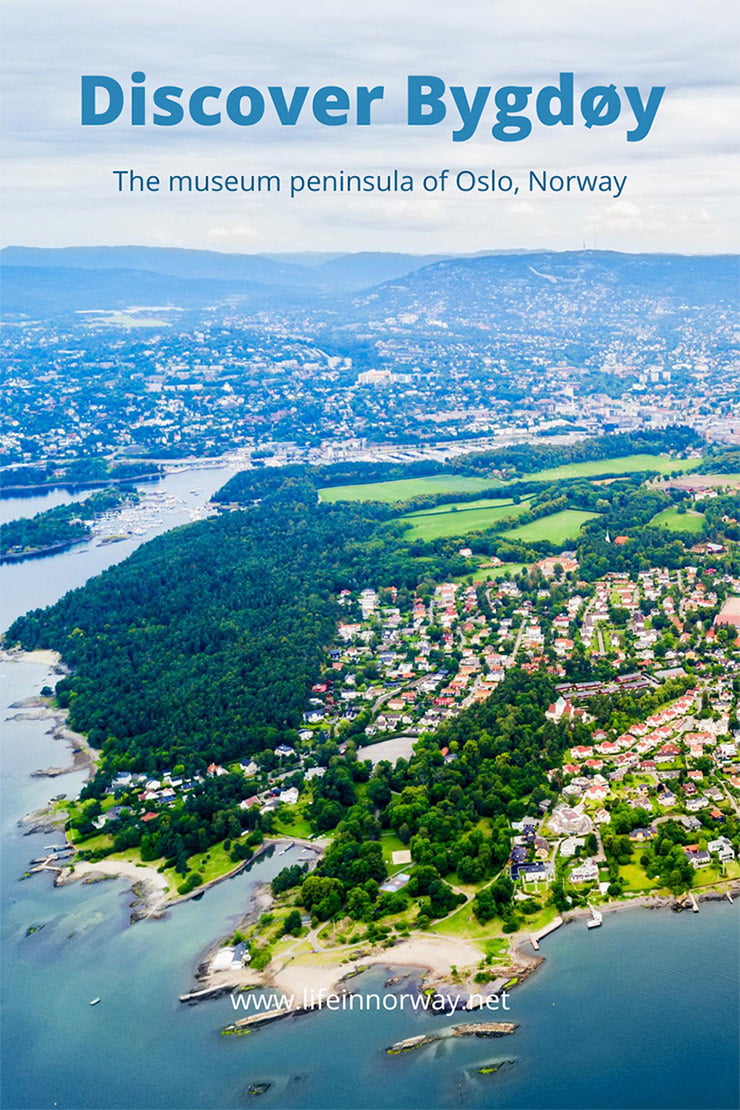