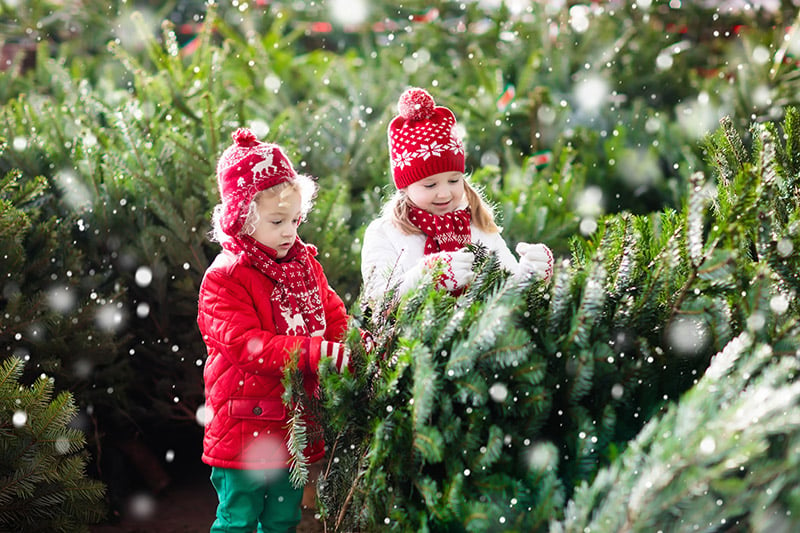 Christmas markets are popular across Scandinavia. Here's when and where to get your festive fix in Norway this year.

Generally speaking, festive markets in Norway are not as grand as elsewhere in Europe. I'm thinking especially of the giant Frankfurt market in Birmingham that I frequented every year. Aah memories of the singing moose head and mulled wine are flooding back!

That said, Norwegian Christmas markets seem to have a nicer feel to them. Perhaps it's the cold—and often the snow—but they are definitely different.

They are almost always less crowded and more family-friendly. Stalls typically offer a selection of products from local artisans and farmers. That means they're not cheap of course, but this is Norway. A visit to a market involves shopping for gifts, but also gathering with friends and indulging in some Christmas food and drink.

December is not a hugely popular time to visit the country. Many attractions are either closed or have reduced opening hours. Darkness fills much of the daytime, and icy streets can make wandering around hazardous. But it's also a very atmospheric time of the year! If you do pay a visit in December, here's a few of the best markets to look out for…

Several years ago we drove through a blizzard to get to the Christmas Fair in Røros. But oh it was worth it! We spent two days exploring the nooks and crannies of the old copper mining town, soaking up the festive atmosphere.

We met reindeer, ate reindeer (not the same ones!) and examined the gingerbread house competition. Then we listened to carols from local schoolchildren, discovered the local pottery and warmed our hands by the open fires.

The beautiful church hosts a Christmas concert the day before the fair opens. Røros is worth a visit at any time of year, but if you're planning a visit in December, make sure it's on this weekend.

Just don't forget to wrap up warm, as Røros in the winter can be one of the coldest places in Norway. Temperatures can plunge well under -30C in the winter. Although in recent year, the temperature around the time of the market has been much more manageable, typically just five or ten degrees below freezing. You can find more information about this year's market here.

In 1610, King Christian IV (of Denmark and Norway) founded an iron ore production facility. Over 400 years later, Bærums Verk is now a thriving shopping destination, home to a blacksmith, glassblowers, a patchworks shop, carpenter's workshop and other traditional Norwegian crafts. 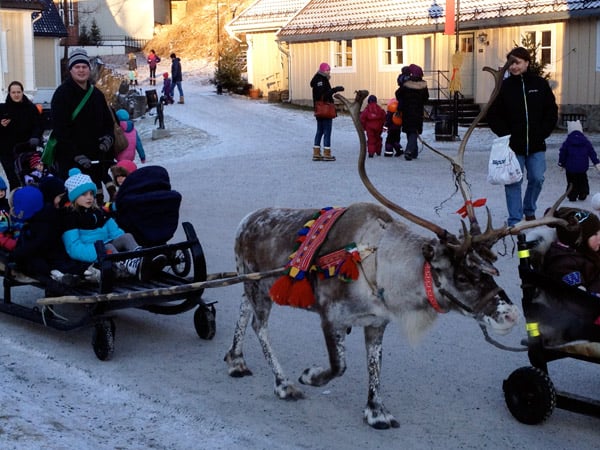 From the end of November “Julegaten” (the Christmas Street) opens every Saturday and Sunday, offering gift ideas, food and entertainment. I took a trip back in 2012 and after exploring the beautiful site complete with frozen waterfalls (yes, it was that cold!), I stumbled upon the market:

“As I wandered around Verksgata it gradually became a picture postcard Scandinavian Christmas. There were reindeer pulling children on sledges, Glühwein by the bucket and yes, even chestnuts roasting on an open fire!”

The world's largest gingerbread town, right in the heart of Norway's second city. 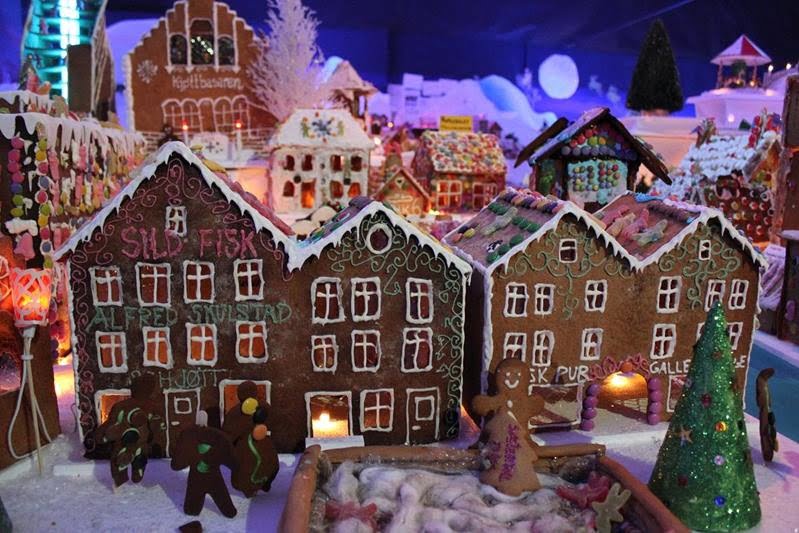 Kindergartens, schools, businesses and thousands of individuals have contributed to the annual event since its creation in 1991. I still haven't been yet, but I'm told by many it's well worth a visit.

As you can see from the picture above, you can expect to see Bergen in sweetminiature. Everything from houses, trains, cars and ships are made from real gingerbread. Of course, there's plenty of opportunities to buy and eat the gingerbread too!

Admission is free for children under 12, but costs 100kr for adults and 80kr for students and teenagers. Read more here about Pepperkakebyen. 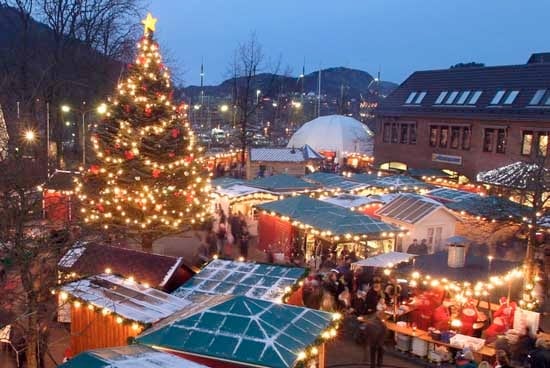 In 2004, Egersund was voted as Santa's hometown in Norway by listeners of NRK. As luck would have it, plans for a Christmas market were already underway. That Christmas the centre of Egersund was transformed into a festive town full of food, textiles, mulled wine, art, decorations and more. It's been the same ever since.

A busy program of entertainment and concerts is on offer. Although I've not had the pleasure of attending Julebyen, I recommend you check it out anyway if you're in the Stavanger Region.

Entry is free. Don't forget to let me know what it was like! You can read more about Egersund's Julebyen here.

We're back to the capital for something a little different. Unlike most of the markets on this page, the Christmas Fair at the Norwegian Museum of Cultural History celebrates a traditional Norwegian Christmas as it has been done for centuries. 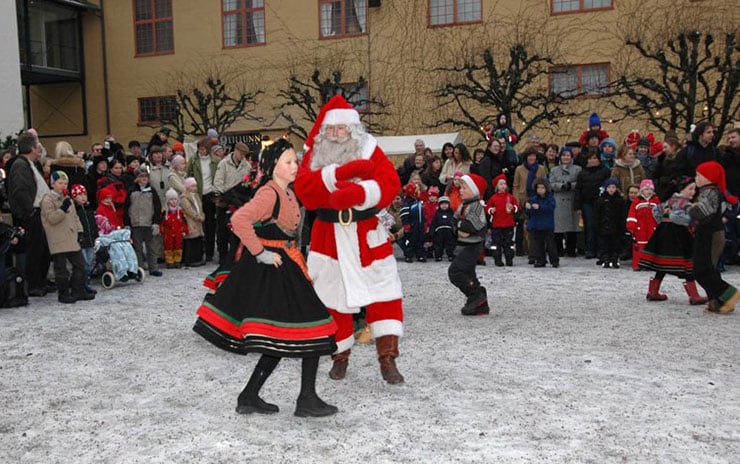 Going to an open air museum in the winter may not seem the most sensible plan (I tried it in Lillehammer once and boy was it cold!) but the Norsk Folkemuseum is worth the trip.

The houses at the open-air site (all of which were relocated from different parts of Norway) are decorated according to the festive traditions of the original inhabitants. As is typical for Norway, children are centre of attention with choirs, activities and even a Santa's workshop.

It's not just for tourists either! Many locals attend every year with their families spanning multiple generations. Note that the Christmas festivities are only taking place on two weekends this year, fairly early in the festive season. So, plan accordingly! To help your planning, check out more information on the website here.

If you can't make it to Røros, Trondheim's Christmas event is one of the best city centre markets in all of Norway. Although as with all markets on this page, the weather can occasionally add a challenging dimension! But as you can see, things carry on regardless: 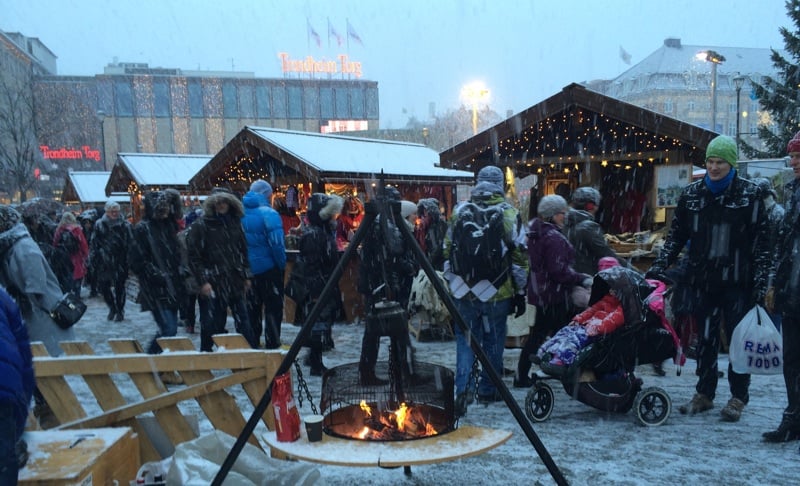 Traditionally held on the city's central square, this year's market is again relocated to Nordre gate while the square is renovated. Personally I think Nordre gate is a better location!

A couple of stages host a vast programme of live music and other cultural events throughout the two-week long event. Oh, and the weather isn't always as bad as the picture suggests! Read more about the event here.

If you don't want to leave the capital then look no further than Spikersuppa, the urban park between the National Theatre and the Parliament building. After many years the market now has a name: Christmas in Winterland! 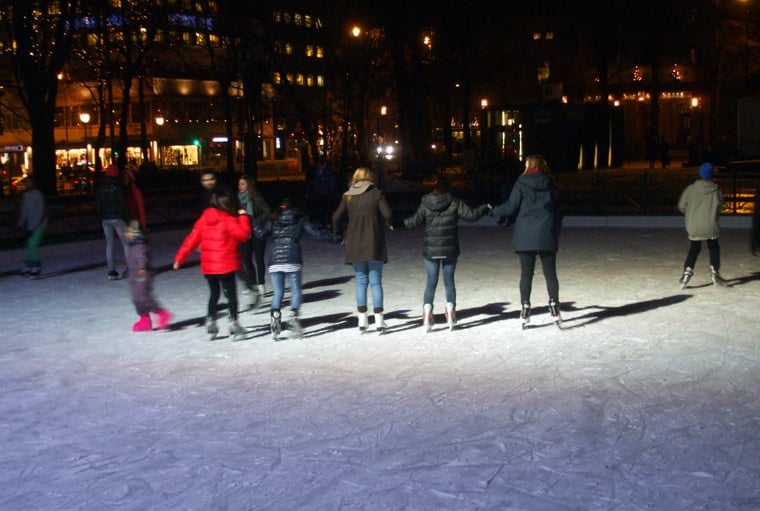 Here you'll find stallholders selling everything from reindeer meat to knitted hats and mittens. But the centrepiece of the capital's most visible festive market is undoubtedly the ice rink.

Access to the rink is free, although you'll need to pay to rent a pair of skates if you don't have your own. Previously the fee has been 100kr.

So there we have it! This isn't intended to be an exhaustive list. Many towns and cities across Norway host Christmas market events, but this gives you an idea of what to expect. Merry Christmas everyone, or as they say around these parts: god jul alle sammen! 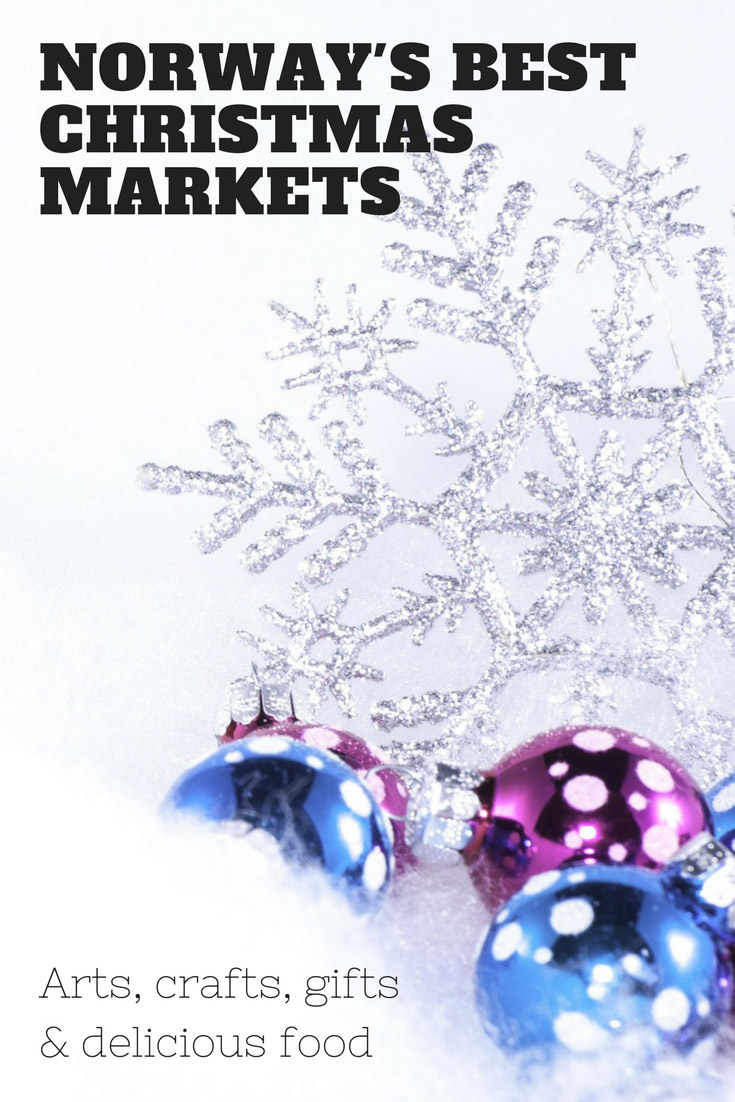 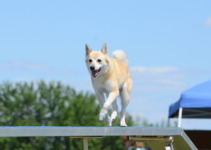 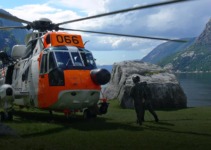 3 thoughts on “Christmas Markets in Norway”