Skip to content
Home » Living in Norway » Friluftsliv: The Norwegian Love of the Outdoors

Could adopting Norwegian friluftsliv be the key to a happy relocation to Norway? We take a look at the Norwegian love of the great outdoors.

While Norway is consistently ranked as one of the world’s happiest countries, new arrivals often find it difficult to quickly integrate into society.

The key to Norwegian happiness?

While the Scandinavian lifestyle crazes of hygge/koselig and lagom have taken the world by storm, the key to happiness in Norway is actually much more straightforward. Simply put: get outside.

The world friluftsliv is an amalgamation of the Norwegian words for free, air and life, and is best translated as an outdoors lifestyle. Not embracing this concept is one of the key reasons why some newcomers fail to fit in to a new life in Norway.

From city girl to the mountain trails

Lorelou Desjardins has spent nine years trying to understand Norwegian culture in public. She writes openly on her blog and in the Norwegian media about her conversion from city girl to someone who has learned to love spending her weekends in nature.

During her recent TEDx Trondheim talk, she explained that although the term friluftsliv was first coined by Norwegian playwright Henrik Ibsen in 1859, it’s been part of Norwegian culture for hundreds of years.

“It’s quite amazing that reconnecting with nature and having an outdoor lifestyle is still part of the Norwegian soul despite this very modern lifestyle that Norwegians have today,” she said.

She goes on to explain her take on friluftsliv as a philosophy of living a life outdoors: “It’s about a simple life in nature without destroying or disturbing it. It has absolutely nothing to do with the commercialization of friluftsliv recently on social media, with people lining up on top of Norwegian mountains to take pictures of themselves.”

Desjardins also explains that Friluftsliv doesn’t need to be as extreme as climbing glaciers. “It can be something as simple as taking a Sunday hike with your family in the forest, going skiing with your friends on the weekend from cabin to cabin, or going ice fishing with your grandfather.”

Friluftsliv is enabled at least in part by the continued success of the Norwegian Trekking Association (DNT). For 150 years, DNT has worked to promote trekking and to improve conditions for all who enjoy Norway’s broad range of outdoor attractions, come rain or shine.

Membership has grown from an initial 223 to more than 250,000. Many of those members volunteer to maintain the vast network of hiking and cross-country ski trails.

The organisation also owns around 550 cabins all around the country, many of which are unmanned. These cabins can be used by members as a place to rest or take shelter when out on a hike or a skiing trip.

Despite this infrastructure, friluftsliv doesn’t have to involve heading out into the wilderness. There’s plenty of ways to embrace the lifestyle without leaving the country’s cities. Here in Trondheim, I'm just minutes from a riverside trail, and a bus ride from the vast city forest. The same applies in the capital city, Oslo.

Curtis Rojak moved to Oslo with a pre-existing love of the outdoors life. He turned his hobby into a cycling tour business, Viking Biking, to show off the Norwegian capital to visitors. I interviewed him last year for my podcast, the Life in Norway Show.

“We cycle around the city and walk along sea cliffs and through forest yet we’re basically still in the city. People are amazed by it,” he said.

The accessibility of nature in Oslo is striking. The T-Bane metro system takes passengers into forests barely a 20 minute ride from downtown, while a public system of ferries shuttles people off to a handful of idyllic islands just minutes from the bustling Aker Brygge wharf.

Rojak says that to fully appreciate the core of friluftsliv, you have to live it: “When you visit as a tourist you can see there is amazing nature. But it’s when you’re living here and you see how it affects day to day life that it really hits home. You can see how it affects urban planning and education.”

As I mentioned earlier, Trondheim is another Norwegian city with easy access to the outdoors. Within ten minutes' walk from my house, I'm wandering along a riverside trail. Marked ‘urban hikes' have sprung up in recent years, encouraging you to walk that little bit further and possibly discover new areas.

Trondheim's city forest Bymarka is just a bus or tram ride away from the city centre. Here, marked trails disappear into the forest and emerge around lakes or onto clearings with spectacular views of the city far below.

Having spent years touring Norway, I am yet to find a town or city without such easy access to nature!

When researching this article, one thing I didn't expect to find was formal education in frilutsliv. Yes, you really can study the topic in Norway.

Those with a passion to learn more can study Outdoor Education and Nordic Friluftsliv at the Western Norway University of Applied Sciences, Outdoor Leadership, Culture and Ecophilosophy at the University of South-Eastern Norway, and Outdoor Studies at the Norwegian School of Sport Sciences, among others.

Yet education in friluftsliv starts much earlier than graduate school. The lifestyle is encouraged from a very young age, as Rojak explained.

“I have a three-year-old who skis as much as she can, and a six-year-old who wants to climb mountain peaks. Family vacations are often based around friluftsliv. It’s a concept that permeates every aspect of life in Norway,” he said.

Because of the ongoing coronavirus restrictions, more Norwegians are expected to take their summer vacation in Norway this year. The mountain trails are ready and waiting!

If you're still relatively new to Norway, give hiking a try. You may be surprised to discover that the locals have a completely different side to them when out on the trails!

This is an updated version of an article I first published on Forbes.com. 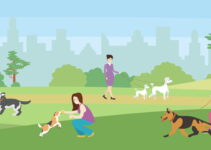 4 thoughts on “Friluftsliv: The Norwegian Love of the Outdoors”