From the dramatic events of his childhood to his love of sailing, here is an introduction to Harald V, the current King of Norway.

You may have heard of the reserved yet at times outspoken King Harald V of Norway. Through the years, he contributed to the modernisation of the Norwegian monarchy, increasing the media’s access to Norway’s royal family.

Indeed, the King of Norway sometimes gives interviews to the press, something that is unheard of for other royals like the Queen of England for example.

Like the rest of his family, King Harald is related to the British royal family. Here is the story of King Harald V, a beloved Norwegian king.

Harald V was born on March 31st, 1937, at the Skaugum estate, a Norwegian royal residence in Asker, South West of Oslo. The king at the time was his grandfather, Haakon VII, the very first king the country got after becoming independent from Sweden in 1905.

The king’s childhood was marked by war. The German invasion at the beginning of World War II in April 1940 meant the royal family had to flee Oslo. While the king and the crown prince remained in Norway, little Harald went to Sweden with his mother, Crown Princess Märtha, and his two older sisters.

The political situation in Sweden was not ideal though, since the country was neutral and eager not to do anything to provoke the Germans. When the king and the crown prince left Norway for England in June, they began planning for the rest of the family to be evacuated to the United States.

This evacuation took place in August. Harald would spend the next years of his childhood in Washington, D.C. To this day, his accent when speaking English is coloured by his early years in the US. He also remembers standing behind Franklin D. Roosevelt when he was sworn in for his fourth term in 1945.

Read more: The Timeline of Norway

The Allies’ victory in Europe meant the royal family could return to Norway and assume their roles again in 1945. For young Harald, that meant going to a Norwegian school for the first time, after having started his education in an American one.

In 1954, when he was just 17, Harald lost his mother to cancer. He would later name his own daughter Märtha to honour her memory.

At the death of his grandfather, in 1957, he became crown prince. He was 20 years old. After studies at the University of Oslo, the Cavalry Officers' Candidate School and the Norwegian Military Academy, he entered Balliol College in Oxford, in 1960. There he studied history, economics and politics.

A love of sailing

Harald is an accomplished sailor, and represented his country in the yachting events at three Olympic games (Tokyo 1964, Mexico 1968 and Munich 1972). More recently, aged 79, he participated in the Sira Cup on Lake Ontario in Toronto in 2016, where his team finished in second place.

It’s easy to forget how Harald’s relationship with today’s Queen Sonja was initially quite controversial. The couple courted for nine years before finally getting married on August 29, 1968 in Oslo cathedral.

The reason for the controversy was the fact that Sonja was a commoner. For King Olav, this meant she was off-bounds. Royals are (or were at the time) expected to marry other royals, or at the very least someone from the nobility.

But Harald was in love, and reputedly told his father that if he was not allowed to marry Sonja, he would never marry at all.

This of course would have meant the end of the royal line, since Harald was the sole heir to the throne (succession rules at the time meant his sisters were not eligible).

Olav finally relented, and the couple was allowed to marry. Seeing how the pair stuck together over the decades and clearly still care very much about each other to this day, it’s difficult to imagine the story having taken any other turn.

Accession to the throne

Harald decided to continue the tradition of the “royal benediction” started by his father. This means that in lieu of a fully-fledged coronation, a simpler “benediction” ceremony is held to mark the new monarch’s accession to the throne. The ceremony took place at Nidaros cathedral, in Trondheim, on June 23rd, 1991.

Discussions about the wisdom of having an unelected king as head of state have been ongoing in Norway since the country became independent from Sweden in 1905.

These opponents of monarchy are usually called republicans, because they would like Norway to become a republic with an elected president.

This is the official position of a few political parties (notably Venstre, Sosialistisk Venstreparti and Rødt). It is not uncommon for other politicians from parties who don’t have an official republican stance to voice their opposition to the monarchy as individuals.

That being said, the monarchy is still hugely popular among the people. A survey conducted in 2017 showed that 80% of respondents were in favour of it.

The main argument against monarchy is quite straightforward and easy to understand. Political power shouldn’t be inherited based on what family you were born in. Opponents also point out that having a monarchy is expensive.

The argument for monarchy in Norway

Norway, like the United Kingdom, is a constitutional monarchy. This means that while the monarch holds executive power on paper, he or she cannot constitutionally exercise that power. The role of the sovereign is largely symbolic.

Why then have a king at all? It turns out that having an unelected (and therefore apolitical) leader can be very practical sometimes. Here are two examples.

When it became clear that Norway could not withstand the nazi onslaught, the king fled to Britain. The nazi regime had asked him to appoint their puppet, Quisling, as prime minister. The king doing so would have provided legitimacy to the German occupants.

Not only did the king refuse, but he was also invested of all powers by the Norwegian parliament. He would exercise these powers in exile, ensuring the continuity of a legitimate, constitutional Norwegian government despite the occupation.

It’s easy to see that investing a politician with all powers would have been more difficult, and most likely required longer negotiations when there just wasn’t the time for it.

The king, as an apolitical, neutral figure, was the perfect person to personify the Norwegian government in exile during the occupation, and it was easy for all politicians to get behind that.

The terrorist attacks of 2011

The grief that followed the terrorist attacks of July 22nd, 2011 provided another demonstration of the usefulness of having an apolitical monarch.

The perpetrator of the carnage that resulted in the death of 77 innocent people was politically motivated. In fact, he had officially been a member of one political party, and shot many members of another on the day of the attack.

In the wake of the attacks, the country needed to grieve. Politics was the last thing on anyone’s mind.

When the king spoke to the people on television, he spoke to everyone, regardless of their affiliation. Since he is apolitical, no one tried to find a hidden agenda between the lines, as one might have done with a speaker from a political party.

The country was shaken by the horror and absurdity of the attacks, and the weeping king provided a figure to rally behind.

That did not prevent him from delighting his audience during a speech in 2016, by voicing support for refugees, religious tolerance and LGBT rights.

He also voiced support for religious tolerance, saying Norwegians believed “in God, in Allah, in the universe – and in nothing”. The speech went viral on social media shortly after it was given.

Do you have any memories of King Harald V’s visits to your country? Did you know before reading this article that he was essentially a refugee in the United States during World War II? What do you think about constitutional monarchy as a system? Tell us in the comments! 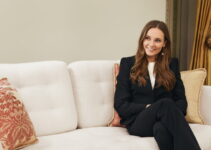 3 thoughts on “King Harald V of Norway: The Story of Norway’s Current Monarch”