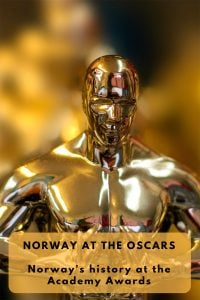 A look at the performance of the Norwegian film industry on the international stage.

With the 91st Academy Award nominations out, Norway’s submission Hva vil folk si (What Will People Say?) has not made it into contention. Once again, it’s bad news for Norway’s film industry. Or is it?

Historical success on the international stage

Norway’s history at the Oscars is, to put it bluntly, pretty terrible. The country can count just two awards to its name.

Beyond those, Ra was nominated for Best Documentary in 1971, Liv Ullmann has two Oscar nominations for Best Actress in a Leading Role and Hawk Otsby gained an Adapted Screenplay nomination for Children of Men. Most recently, in 2014, Morten Tyldum was nominated as Best Director for The Imitation Game.

Controversy reigned in 2012 when Tuba Atlantic was nominated for Live Action Short, only to have the nomination rescinded when it was revealed that the film had been aired on television prior to its theatrical release and was therefore not eligible for the award.

Ni liv tells the true story of Jan Baalsruds who, when a sabotage mission from England during World War II is scuppered by a German patrol boat, manages to escape and flees to Sweden through the snow and mountains, surviving for weeks and losing various body parts to frost in the process.

The winner in 1957 was an Italian film directed by Federico Fellini, Le Notti di Cabiria (Nights of Cabiria), about a prostitute in Rome who searches in vain for true love. The other losing pictures were the German Nachts, wen der Tefuel kam, the French Porte des Lilas and the Indian Mother India.

The first full length picture in the Sami language, and with the original Sami title of Ofelaš, the film tells an old Sami legend of Aigin who vanquishes the Chudes by using his cunning and skill.

Denmark won its first Best Foreign Film Oscar in 1987 for Babette’s Feast, the story of a Parisian woman who flees bloodshed in her native city to work for free as a cook and housekeeper. Upon winning the lottery she spends all of her 10,000 Francs preparing a huge feast for those who took her in.

The rest of the field in 1987 was made up of the French Au Revoir Les Enfants, the Spanish Asignatura Aprobada and the Italian La Famiglia.

The film submitted in 1996 tells the story of the tight knit church community through the eyes of the preacher’s daughter, Maria. Her attempts to liberate herself from her strict father and the rest of the stiff church community is a critical tale of how religion and freedom can often clash.

The winner in 1996 was Kolya, a Czech film telling the story of a concert pianist who, after a sham marriage to a soviet women to enable her to stay in Czechoslovakia, ends up caring for her young child after she leaves. The other contenders were the Georgian Shekvarebuli kulinaris ataserti retsepti, the Russian Kavkazskiy plennik and the French Ridicule.

A comedy drama, the film tells the story of Elling, a 40-something man who, when his mother dies, is institutionalised as he can’t cope with the real world. There he meets Kjell Bjarne, a wannabe lothario – though still a virgin – and the two form an unlikely friendship.

The eventual winner in 2001 was Bosnian war movie Ničija zemlja (No Man’s Land) in which two opposing soldiers find themselves trapped together in the trenches. In what was an incredibly strong field, the other films nominated were the French Amélie, the Indian Lagaan and the Spanish El Hijo de la Novia.

Perhaps attempting to draw upon the success of the original documentary, Kon-Tiki is a dramatization of the original events, where a small group of Norwegians aim to prove that crossing the ocean by the Polynesians would have been technically possible.

Amour, the eventual winner of the award, is one of only ten foreign language films to be nominated in the main Best Picture category and its director, Michael Haneke, was also nominated for Best Director. The other contenders for Best Foreign Language Film were the Chilean No, the Danish En kongelig affære and the French-Canadian War Witch.

The difficulty in winning awards

All of this goes to show that winning a ‘Best Foreign Language' Academy Award is very hard indeed.

The field is narrowed down from 80-100 submissions from around the world and every single one of them is a very good film. Also, success is based on the whims of the academy members who vote for the awards and it's a lottery as to whether even the best made film of the most incredible story will resonate with them.

In the year Elling failed, for example, Amélie – one of the best-selling French movies of all time – and Lagaan – an epic Indian tale of a high stakes cricket match between British colonial rulers and local peasant farmers – both also failed.

Had Hva vil folk si gained a nomination this year it would have been up against some incredibly tough movies including the sublime Japanese film Shoplifters. There's also the small matter of Alfonso Cuarón’s labour of love, Roma, that has 10 nominations overall including Best Picture and Best Director. Polish film Cold War, meanwhile, is also up for Best Director and Best Cinematography as well as the Foreign Language nomination.

So Norway can hold its head up high along with countries such as Brazil who have never managed success at the Oscars despite making great films, and also know that they’re doing better than Portugal who, from 35 submissions, have never managed a single nomination!

Finally, we mustn’t lose sight of the fact that awards are only a tiny part of the movie process. There’s little overlap between films that win awards and films that win at the box office.

The best way to approach them is that they’re a nice but meaningless thing to have. Film always works best when it’s produced from the heart, rather than to chase awards!

Do you think Oscar success should matter to Norway, or is it all just unnecessary glitz and glamour for the sake of it?