The Norwegian police issued the fine after investigating the alleged breach of coronavirus regulations in Geilo after this year.

A few weeks ago, NRK accused Norway's prime minister Erna Solberg of breaching her own government's coronavirus rules during a birthday celebration in Geilo.

The police investigation into the possible breach of the infection control rules has now concluded. Solberg faces a NOK 20,000 ($2,350) fine, the standard fine handed out for such cases.

At a press conference today, the police explained that her role as prime minister in the midst of a national health crisis was an important factor in the case. Solberg did not attend the dinner, but has been fined for her role in its organisation.

“Although the law is the same for everyone, not everyone is the same. It is therefore considered appropriate to respond with punishment in order to maintain the public's trust in the infection control roles. Solberg has therefore been fined NOK 20,000 for arranging the dinner,” said Sæverud.

However, Solberg's husband escapes prosecution for his role in facilitating the dinner party in Geilo, as does the restaurant. Were Solberg not prime minister, it seems that no fines would have been issued in connection with the incidents.

VG's political editor Hanne Skartveit described Solberg being punished because of her role as prime minister as historic: “Now we have a prime minister who has been convicted of the regulations she herself imposes on others. It's pretty serious. There are no good outcomes for the prime minister here.”

Solberg had previously admitted her mistake and shared her regret over the incidents.

What happened in Geilo?

The press conference began with a clarification of facts in the case. During Norway's winter holiday in February, the prime minister together with family travelled to Geilo, a popular ski resort, to celebrate her 60th birthday.

They stayed in separate apartments, in conjunction with Norway's coronavirus restrictions. However, the rules at the time permitted private events of no more than ten people.

More than ten people gathered together for dinners on two consecutive nights. First 13 members of the family attended a dinner at Hallingstuene, although they were seated at separate tables. Solberg was not present, having been called away to Oslo on urgent business.

The following night, a group of 14 including Solberg gathered together for a meal in one apartment. The

“The conditions are assessed on the basis of the national regulations at the time, said police spokesperson Ole Sæverud, who emphasised that family gatherings are considered private events.

Solberg faces the polls in September

The fine is a blow for Solberg, who has up to now emerged with relatively high personal approval ratings for her handling of the coronavirus crisis in Norway.

Although the country is now in a third wave of infection, 684 people have died from Covid-19 in Norway, one of the lowest rates in Europe. 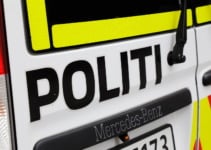