Meet the Norwegian Lundehund. This gorgeous breed of dog has a number of unique characteristics. From its flexible joints to an unusual number of toes, we round-up some fascinating Lundehund facts.

There are several dog breeds that can list Norway as their country of origin – if only they could write. Sorry, bad joke! But perhaps one of the cutest breeds, and one of my favourites, is the Norwegian Lundehund.

It’s a breed that’s right up there with the Norwegian Elkhound and the Norwegian Buhund in terms of cuteness. The fluffy bundle of joy that is the Lundehund is a dog with some curious and unique canine features. They include, flexible joints and an unusual number of toes on each foot.

These characteristics makes it one of the most interesting breeds in the world. So in true doggy style, I've done some digging and unearthed some pretty cool facts. Here are 8 things you didn’t know about the Norwegian Lundhund.

The Norwegian Lundehund (Norsk Lundehund), or commonly just Lundehund, has a curious meaning in Norwegian. The word Lundehund is a compound noun: ‘Lunde-’ or ‘lundfugl’ means puffin or puffin bird and ‘-hund’ translates literally as dog. So many just refer to this breed as a Norwegian Puffin Dog.

The origin of the breed name gives us a clue about its initial use. Like many dogs, the Lundehund was originally a working animal. It was used as a hunting dog, mostly on Islands in Northern Norway, because it excelled at sniffing out puffins and their eggs.

The small nature of the breed meant it was agile enough to get to the bird’s nesting sites, which were mostly located on steep cliffs or in dark caves, places that man would have struggled to get to.

In those days, puffins were a good source of food for the farmers and fishermen who lived on the inhospitable islands. While the down feathers were useful for padding clothes and bedding ect.

The Norwegian Lundehund is a type of Spitz dog breed. ‘Spitz’ is a German word that means ‘pointed’ and is associated with small domestic dogs that have thick – often white – fur, pointed ears and short pointed muzzles.

Another distinctive characteristic of a Spitz dog is its tail. It’s often fluffy and curls up over the dog’s back. Spitz breeds are thought to have originated in cold, northern climates and are often found in Arctic regions and Siberia.

4. Connection to an ancient breed

Ok, perhaps this one isn’t the biggest surprise, but the Norwegian Lundehund origins lie in Northern Norway. However, some believe it’s a descendant of an ancient canine breed called the Varanger dog, after fossilized remains were unearthed in Lapland/Russia.

The Varanger dog is now extinct but lived some 5,000 to 7,000 years ago. Just like the Varanger, the Lundehund has on less tooth on either side of its jaw, which is two fewer teeth than all other known dog breeds.

5. It has an unusual number of toes

The Lundehund might have two less teeth than other canine breeds but it makes up for it in other areas. On each foot, it has six fully developed toes, unlike other dogs that only have five. Of those six toes, four are forward pointing and two face inward. The official term(s) for possessing six toes is Polydactyly or polydactylism.

This type of feature the Lundehund has is just another reason why they make sure good puffin hunters. The extra toes helped them with their grip on the steep and slippery cliff faces of Northern Norway. They also came in handy when the dog was digging the narrow burrows stalking puffin nests.

6. They can wiggle their ears

Another curious fact about this breed is that they can wiggle their ears. This is another characteristic that aided their ability to hunt efficiently in such a difficult environment.

Not only can the Norwegian Lundehund wiggle its pointy ears, it can also open and close them. This helped protect the ear canal when the dog was hunting underground. The closing of their ears kept dirt and water out, enabling it to concentrate on the job in hand.

The Lundehund is one of the most agile dog breeds in the world. A really flexible shoulder joint allows them to turn forelegs out to the side at a 90-degree angle to their body.

Having flailing forelegs like this made it easier to capture puffins in the open. It widened the scope of their reach and enabled them to catch their feathered target more easily.

The puffin dog is also able to bend its head right back, to the point at which it can touch its own back. These types of abilities came in really useful when the dog was operating in the tight confines of tunnels and narrow passageways.

Government taxes being levied on people keeping Lundehunds coincided with a rise in puffin hunting with nets. Catching the birds in nets was a much cheaper for farmers and fishermen, but it meant the Puffin Dog was no longer needed.

In addition to this, when the Puffin became an endangered species, the Lundehund became almost completely redundant as a working dog. Both changes caused the breed's numbers to dwindle consierably over time.

In the early part of the 20th century, Norwegian Lundehund were discovered on the island of Værøy in the small fishing village of Mastad. The seclusion of the isolated islands in Northern Norway, in part, contributed to their survival.

However, their ultimate survival as a breed can be credited to one woman, an English dog breeder by the name of Eleanor Christie. She heard about the Lundehund and fell in love. Christie acquired some of the dogs from the islands and set about breeding them, effectively saving the breed from extinction. 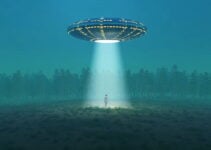