Skip to content
Home » Living in Norway » The Norwegian Elkhound 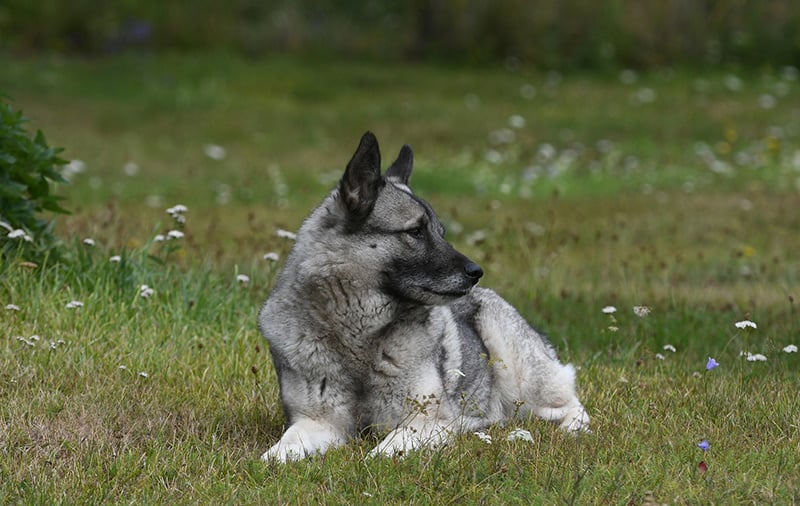 If you’re looking for a beautiful, smart, energetic dog, look no further than the National Dog of Norway.

One of the world’s oldest dog breeds, the ancestors of elkhounds have been found buried in Viking burial grounds. Having served for many years as a hunter and tracker, the elkhound of today is an excellent family pet and one of the most popular dogs in Norway.

First things first, its Norwegian name is Norsk Elghund Grå and the translation into English is a curious one. Given that they neither hunted Elk nor are they hounds, Norwegian Moose Dog Grey would be a more apt name. Clearly the English adopted it by sound rather than meaning.

Whilst the English name also drops the colour, there’s a Norsk Elghund Svart, a black-coated animal of a similar but distinct breed, which is known as the Black Norwegian Elkhound in English. 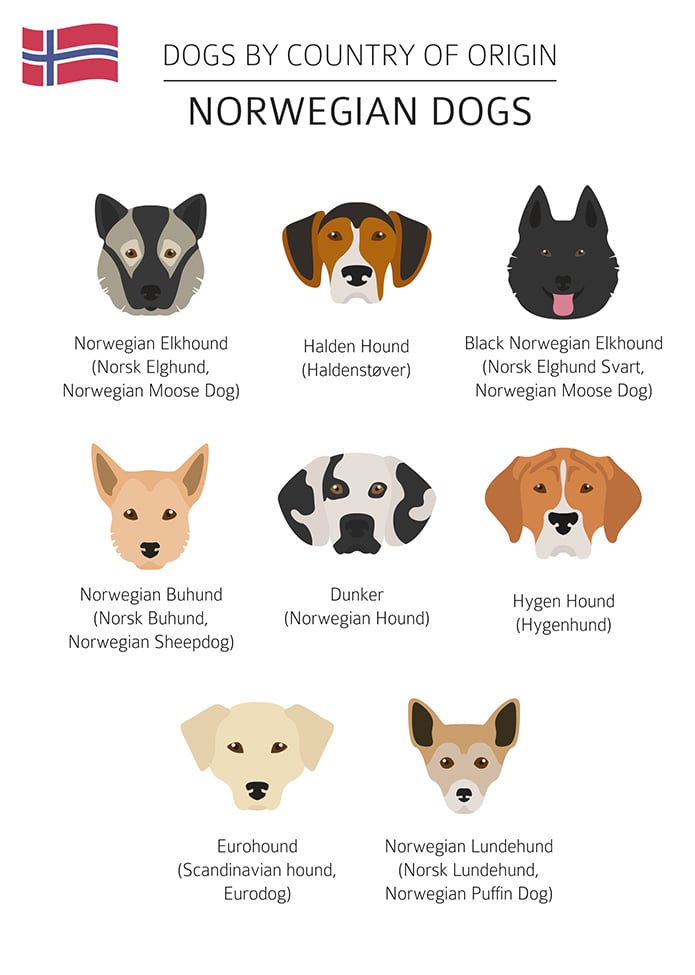 They play nicely with other pets that have been brought up together, but their dominant personality can be a problem with other dogs of the same sex. Elkhounds will always want to be the alpha dog and so might not fit well with other headstrong breeds unless raised together from a young age.

Intelligent and headstrong, they’ll manipulate you if you let them and you need to keep them mentally stimulated. They are great with children although in the early days, when they’re still puppies but getting rather large, they could inadvertently bowl over a small toddler.

You’ll need to teach your children the basics of not pulling on tails and ears and not bothering them when they’re eating or sleeping. As always, you should never leave young children unsupervised with any dog.

Norwegian Elkhounds are medium to large dogs, standing around 20 inches (50cm) tall and weighing around 50lbs (23kg). They have short, sturdy, compact bodies, and a markedly square profile.

Their coat is coarse on top with a soft undercoat. Their fur is black and white, giving an overall appearance of grey or silver. Their broad heads are wedge-shaped but they have a shorter muzzle than some similar breeds giving a defined square-end to their faces. 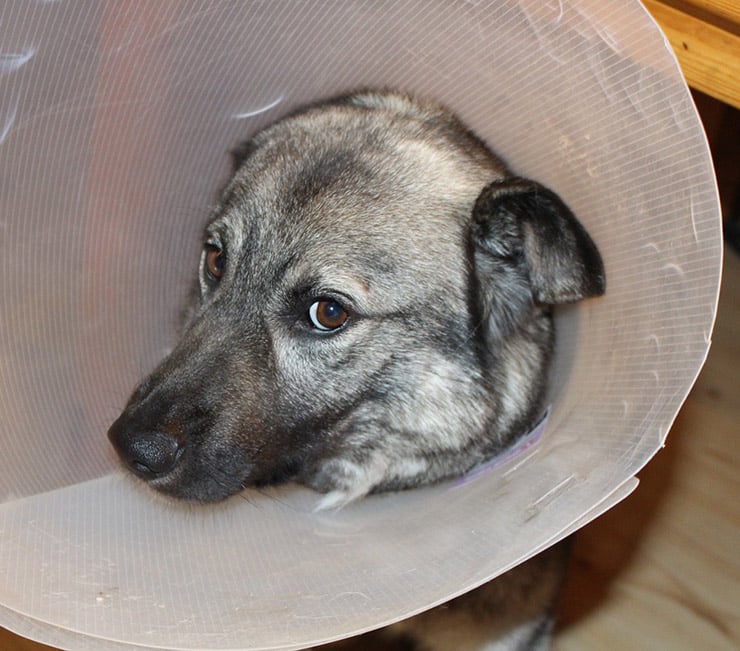 Their eyes are brown and friendly, ears are pointed and stand erect, giving them a keen and alert expression, and their tails curl over tightly on their bodies, similar to huskies’ tails.

How to care for a Norwegian Elkhound

The most important thing to know is that they need a lot of exercise. A lot!

They’re bred for tracking moose across vast distances in the harsh Norwegian climate so they’ll need at least a long walk and a decent run around a park each day to avoid becoming bored. Two 30-minute walks or runs are the bare minimum. As active dogs, the more you can keep them occupied the better.

Leaving them alone is okay for a couple of hours but more than that and you might find you come home to a scene out of a horror movie with a trail of destruction in their wake and a look on their face that’s remorseful but slightly proud! And if you have close neighbours, they definitely won’t thank you for leaving your Elkhound alone to bark and whine all day.

As hardy northern dogs, they’ll develop a thicker winter coat and a thinner summer coat and shed in spring and autumn. You’ll need to groom them at least twice a week normally but then they’ll need daily grooming when they’re shedding their coats. If you’re particularly house-proud and can’t handle a lot of fur flying round, then these are not the dogs for you!

As they have thick fur, they’re not really suitable for living in hot climates. If it gets too hot in summer, and doesn’t get properly cold in winter, then they’ll be at risk of overheating.

Elkhounds have been known to live for 18 years but on average you’re looking at 12-15 years. They’re pretty hardy and less prone to health problems than many other breeds, though some have a predisposition to progressive retinal atrophy. Like most medium to large dogs, hip dysplasia, kidneys and thyroid can be a problem.

Elkhounds are strong, independent dogs with a mind of their own so it’s very important that training begins properly from an early age. They need to be socialised and given a wide variety of new situations as soon as they’re vaccinated, otherwise they’ll respond to everything with a loud, sharp voice.

As mentioned previously, they’re very vocal dogs so you need to nip that in the bid early on in their lives. You also need to be firm and consistent with ground rules and boundaries, otherwise they’ll find and exploit your weaknesses and end up being the master rather than the pet!

Overall, they’re rated above-average for trainability but they’re perhaps not the best dog to have as a first pet due to their wilfulness. Unlike dogs such as retrievers that are always eager to please their masters, they will assert their dominance if allowed.

Due to their intelligence you can forget about putting in hours of obedience work – they’re too smart so that gets boring pretty fast. They’ll master the basics quickly but if you throw a ball they’ll enjoy the chase and then wait for you to catch up!

Elkhounds are motivated by food and can become highly skilled at begging at the dinner table! They become very good at developing their ‘puppy dog eyes’ look that will tug at your heart strings whenever you’re eating and they’re not.

Even if you know they’re being perfectly well-fed and cared for, you’ll often cave to their tactics. Be warned though, if you feed your pet scraps regularly and don’t keep up with exercise, your dog will put on weight quickly and, just like with humans, that weight is a lot harder to lose once it’s there!

For food you’ll want to provide a good quality, balanced diet either from commercially prepared products or, if you prefer, speak to a veterinarian or elkhound society and they can help you develop a suitable diet from fresh food. As with all dogs, it’s important that you know which human foods are poisonous to dogs as, given half a chance, your Elkhound will eat anything it can find!

The history of the breed

The Norwegian Elkhound is a Spitz dog, related to other breeds with long double-coats, erect ears and curled tails, such as Huskies, Akitas and the other Nordic Elkhounds.

Dating back to Viking times, the dogs have been found in Viking burial grounds along with their masters and are known to have travelled on ships when the Vikings went exploring.

The dogs were also known as dyrehund – animal dog – became a breed of interest when the Norwegian Hunters Association held their first dog show in 1877. They were rarely seen or bred outside of Norway until the late 19th century when the breed went across to England. It was officially adopted by The Kennel Club as a breed in 1901.

The name gives a clue as to their original purpose. They’re hunting dogs for larger prey such as Moose and even Bears. They’re particularly adept at tracking large game and then keeping it ready for the hunters to strike by encircling and deftly avoiding any counterattacks while using their loud bark to direct their masters to the location.

Their hardiness also makes them ideal for tracking prey across vast distances and their double-coat keeps out the worst of the rain and snow of the North Norwegian autumn and winter.

As well as hunting, when wild wolves were a particular threat, the Elkhounds would play a vital role in protecting livestock from their marauding ancestors. This is why they’re great at protecting their families – sometimes even being over-protective – and will do their job to keep you safe.

Perhaps the most famous Norwegian Elkhound outside of Norway was Weejie, owned by US President Herbert Hoover when he was in the White House in the 1930s. 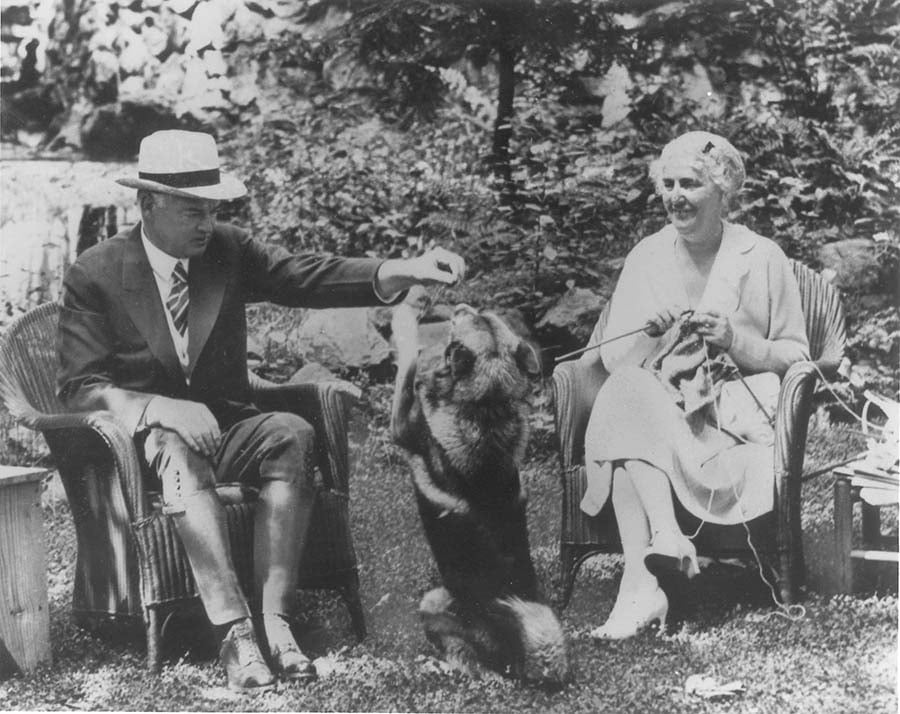 In popular culture, there are a number of elkhounds in Orlando: A Biography by Virginia Woolf and dyrehunds make an appearance in When Christ and His Saints Slept by Sharon Kay Penman.

The breed is also mentioned in an episode of The X-Files when Mulder enquires about a character’s elkhound.

There are a number of Elkhound Associations around the world. For example, covering the USA, The UK and Norway are:

All of these associations have similar aims and objectives: to promote thee breed on a National and International level, to give help and guidance on finding, caring for and breeding animals and to work towards the eradication of genetic diseases to ensure the welfare of all animals going forwards.

The NEAA has been a member of the American Kennel Club since 1935. They host events such as barn hunting, agility and obedience trials, usually in May, culminating in an awards banquet which, in 2019, will be held on May 17th.

They are also the focal point for the regional Elkhound Associations that exist around the United States.

The NECGB has existed in some form since 1923 when it began life as the British Elkhound Society. Events include a Championship Show around Easter and an Open Show in Summer or Autumn.

The Norsk Elghund Svart – Black Norwegian Elkhound – is a related but similar dog.

Slightly smaller than their grey counterparts, the black elkhounds are still a rambunctious and active animal. They’ll require almost as much care, attention, stimulus and exercise and their thick, black coats will shed just as much! 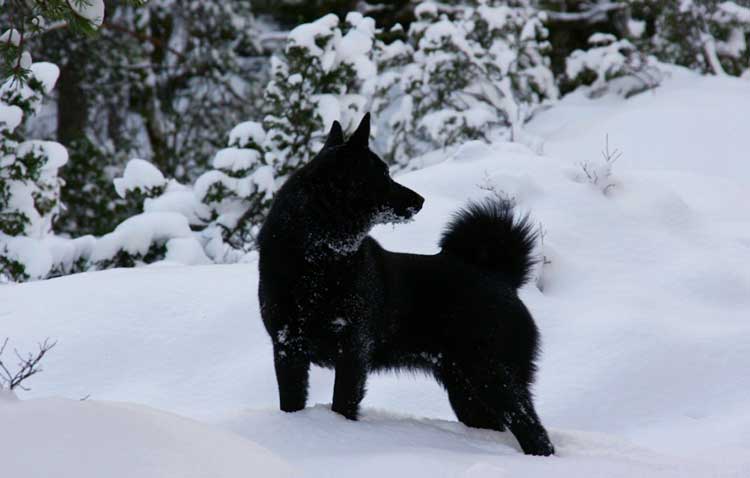 If you are well versed in the training and care of dogs, and are considering a Norwegian Elkhound as your next pet, there are a few things to look out for. The associations above will help with this, as well as giving advice on known reputable breeders.

If possible, contact your breeder early and find out when the next litter is likely to be available. Always meet at least one of the parents, ideally when not pregnant or in season, to get an idea of the temperament. You should also check that the parents both have health clearances for common problems such as hip dysplasia.

If possible get first choice so you have your pick of the litter. Look for a middle-of-the-road pup. You are looking for playful pups and want to avoid the ones that look like they’re beating up their brothers and sisters or the ones that are cowering in the corner.

As tends to be disproportionately the case with bigger dogs, many people take them on without a clear understanding of the commitment that owning them will prove to be. Cute puppies soon grow up to be large, demanding dogs and sadly all too many end up in rescue centres.

The Elkhound Associations again can help steer you towards rescue dogs and in the US there’s Norwegian Elkhound Rescue (www.elkhoundrescue.org) who can also help you find your next best friend from among the ones who are most in need of your loving care.

9 thoughts on “The Norwegian Elkhound”