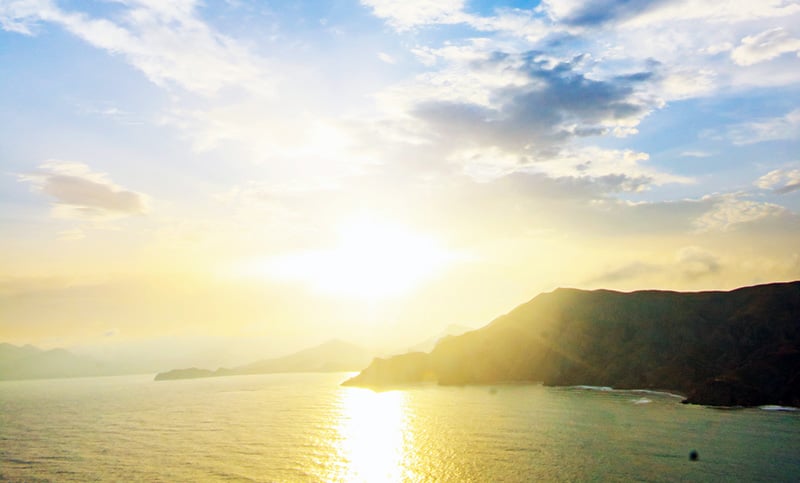 You may think you know what a Norwegian winter is like. However, climate change has caused some remarkable weather this January, with record high temperatures and high water levels.

January in Norway. Pretty cold, right? Well, usually that's the case across much of the country. The days are short, and that lack of sunlight causes temperatures to plummet. That's been the case in some of the country, but not everywhere.

In the small town of Sunndalsøra on the Tingvollfjord in western Norway, things have been very different indeed. In the first days of January, the temperature peaked at 19C, which smashed the old record for January. Never before has it been so hot anywhere in Norway at this time of year, at least since records began.

The Norwegian Meteorological Institute confirmed the record, with one meteorologist calling the unusual temperature  equivalent to a warm summer’s day in northern Norway.

Sunndalsøra wasn't the only place to record a record high. The nearby town of Åndalsnes set its own January record with a temperature of 18.6C (65.5F).

Yvonne Wold is the mayor of the local Rauma municipality, home to Åndalsnes. She told the BBC that locals had been out on the streets in their T-shirts. “A lot of people are usually skiing at this time. Not exactly much of that today,” she said.

A unique location is part of the reason

The phenomenon is at least partly responsible for Sunndalsøra also holding the national record for high temperatures in both December and February.

However, the high recorded in January is exteme even taking the foehn wind factor into account. In a typical January, the temperature across most of Norway would be expected to be just below freezing. In the case of the latest record, mild winds from the south also contributed.

Most experts in Norway agree that climate change is the driver for the increasing number of extreme weather events experienced of late.

Just last summer, all-time temperature records were broken in several places including in Bergen, a city best known for its rainfall. The temperature reached 33.3C (92F) in late July, smashing the previous record by more than a degree. Yet just days later, the interior of the fjord region suffered from severe landslides following extreme rainfall.

This week, the extreme weather event known as Didrik has seen water levels rise to dangerous levels. In some parts of the country, the tide is up to one metre higher than expected. High water levels are expected through much of this week in all coastal areas from Bergen around the south coast of the country to the Oslofjord.

The north of Norway is also feeling the impact of a warming climate. The Barents Observer recently reported that the Tromsø winter is now 17 days shorter than just 30 years ago.

The wet, mild weather will continue

Climate researcher Erik Kolstad is one of those experts. He told national broadcaster NRK that climate change is responsible for the warming Norwegian winters.

Kolstad and his colleagues are working on a seasonal forecasting model to provide more reliable forecasts. The process involves compiling data from seven different forecasting models. The idea is to spot trends across different forecasts. However, all seven of the models now forecast unusually wet and mild weather for the first few months of the year.

“Both the long-term forecast, regular weather forecast and seasonal forecast point that direction. It seems we will have a mild winter until the end of March,” he said.