Most people have heard of the painting The Scream, but how much do you know about its story? Read on for five fascinating facts about one of the world's most famous paintings.

Norway’s most famous artist was Edvard Munch. Born in 1863 in Ådalsbruck, Norway, he lived to 80 years old and died in 1944 in Oslo. He was famous for his use of expressionism and symbolism in his work, the most iconic of which was his most famous piece The Scream.

The painting was one of several works of art that formed part of his “Frieze of Life” series. Munch drew heavily upon the themes of death, fear, love and sadness which helped him capture such powerful scenes and characters. 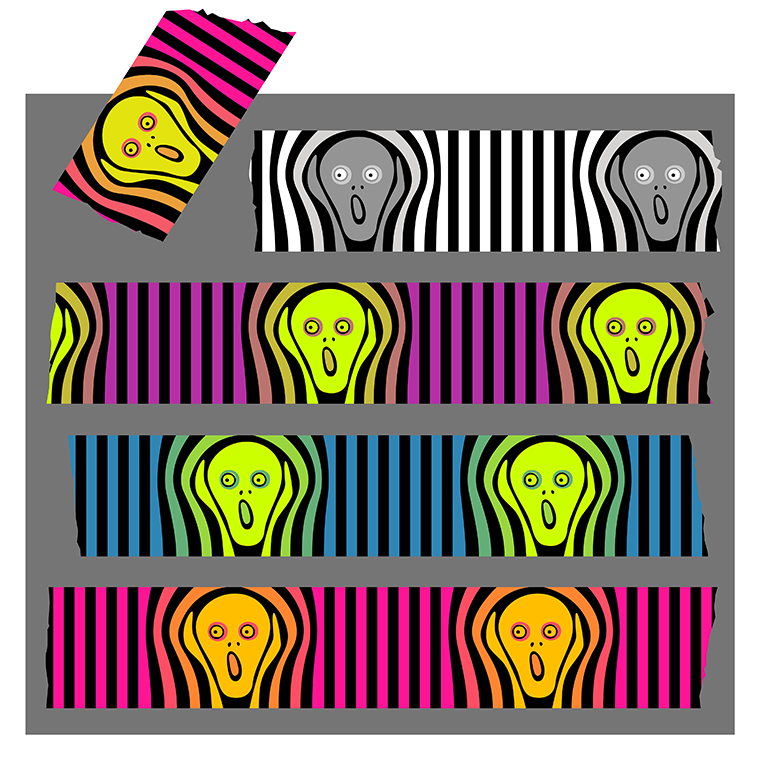 It is often assumed that the character (Munch) pictured is screaming but this is not true. The facial expression depicted is one of anxiety and fear, in reaction to the sudden change in the environment that he has experienced. The original German title captures the artist’s experience perfectly.

The Scream is not the original name

In the English-speaking world, Munch’s most famous work of art is known as The Scream. In Norwegian it is known as Skrik, literally meaning Shriek. But the original, German, name was Der Schrei der Natur (The Scream of Nature).

In a poem painted on the frame of his 1895 pastel version, Munch revealed his reasons for the name The Scream of Nature:

I was walking along the road with two Friends

The Sun was setting – The Sky turned a bloody red

And I felt a whiff of Melancholy – I stood

Still, deathly tired – over the blue-black

Fjord and City hung Blood and Tongues of Fire

My Friends walked on – I remained behind

– shivering with Anxiety – I felt the great Scream in Nature –

There is more than one version

Munch actually painted four versions of The Scream. In 1893, the first, a painted version, was exhibited in Oslo. In the same year, a pastel version was also produced, although some experts argue that this version was an initial early study or experimental version.

In 1895, Munch made a further pastel version. Finally, a second painted version, which has been dated sometime around 1910. Munch also mass-produced The Scream. He made a lithograph print, which enabled him to produce and sell many black-and-white versions.

In 1984, Andy Warhol ignited a fresh interest in Munch when he was commissioned to create pop art out of the The Scream. Warhol went on to use the same technique on some of Munch’s other works of art.

The Scream has been stolen more than once

12 February 1994 was memorable in Norway for more than one reason. It was the opening of the Winter Olympics in Lillehammer. It was also the day that daring thieves broke into Oslo’s National Gallery and made off with a version of The Scream.

The thieves left a note saying, “Thanks for the poor security”. The painting was recovered three months later, and four men stood trial for the robbery. However, a legal technicality meant all four were later released without charge.

In 2004, masked thieves, armed with guns, walked into the Munch Museum in Olso and escaped with the 1910 version of The Scream and another of the artist’s pieces, Madonna.

In 2006, six men went on trial for the theft, but only three of the men were convicted and sentenced. In the same year, both works of art were recovered with only minimal damage.

It achieved a record sale at auction

It was sold by a Norwegian businessman to an American investor and art collector, Leon David Black. The American has also acquired several other high profile works of art in recent years.

The Scream in popular culture

Munch’s painting has influenced many creative individuals around the world, from producers to directors. One of its most popular uses has been in film and television.

It was used in the cult sci-fi television series Doctor Who. The Silence were tall humanoids with monstrous faces that dressed in suits, they were partly inspired by The Scream. They first appeared in long-running BBC show “The Impossible Astronaut” in 2011.

The painting was also famously used in Wes Craven’s Scream movie franchise. The director had long admired Munch’s most famous piece of art and sought to capture the facial expression depicted in a mask. It was worn by the crazed murders in each film.