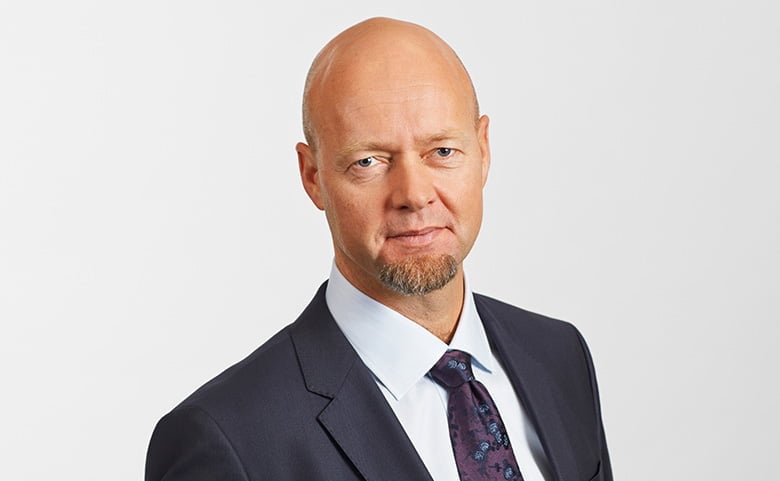 Little Norway’s influence on global financial markets far outweighs its economy thanks to its investment fund built primarily from oil revenues that owns about 1.4% of global stocks across 72 countries.

The Government Pension Fund Global is saving for future generations in Norway. One day the oil will run out, but the return on the fund will continue to benefit the Norwegian population.

56-year-old Yngve Slyngstad has been CEO of Norges Bank Investment Management since 2008. He joined the organisation in 1998 to build and lead its equity management activities prior to taking over the top spot.

In July 2013, he was ranked 3rd on the Sovereign Wealth Fund Institute's Public Investor 100, and has twice featured on Forbes' list of the World's Most Powerful People.

He recently gave an interview to Bloomberg in which he talked about Brexit, China and Big Tech.

A genuine desire to learn

Slyngstad grew up in Asker, south of Oslo, and worked towards multiple graduate degrees before devoting himself to his finance career. He says this was because of simple curiosity, and a genuine desire to learn and to read a lot of books.

“I don’t think you necessarily need to narrow down your profession, definitely not in investing. Investing is really something that is broad. It’s all about the future, so having an open mind probably was the most important thing for me”, he says.

With this broad base of education, it's not surprising to hear that he never considered finance as his one and only option. He only decided not to pursue his original choice of law after finishing law school. Instead, he threw himself into an MBA.

What eventually attracted Slyngstad to finance was how relevant the field is for everything that goes on in society, “both that it’s so much about looking forward to what is really happening next and the fact that every dimension of how society is put together is reflected in the very prices of these securities. It’s a clear link to the underlying broad economy.”

Investing now and then

Before Slyngstad began working with the Fund, he was assigned the Asian equity portfolio of Storebrand’s life insurance company. He says this experience taught him there were many approaches to the job, and many different investment styles.

That said, he is in no doubt of the impact technology has made on the choice of investment style. He says you have to cut through the deluge of information to find out what is essential. “With this kind of a skill set it is very difficult to see who has got it and who hasn’t got that ability, but I think it’s one way of distinguishing.”

He also believes that continued technological change including artificial intelligence is going to dramatically change quantitative investing and especially risk-factor investing in the future.

Slyngstad also discusses with Bloomberg the growth of China and what that will mean for Norway's Fund in the future. He first visited the country for a week in 1987 but is now a regular visitor.

Today Chinese investments account for just 3% of the Fund's total portfolio, but he says it's “natural” this will increase over time as the Chiense GDP becomes a much higher percentage of the world's economy.

“There are so many decisions that are in the political area, like the role of state-owned enterprises, that have to be carefully considered by investors. But I think one quite obvious question that most foreign investors are asking about the Chinese market and Chinese companies is: How much will they actually pay in dividends?”

“So far the payout ratio has been quite restrictive relative to the companies in other parts of the world. This is one of the things that probably foreign investors will be looking at more carefully in regard to their investments in China.”

“The second issue with regard to the Chinese market is corporate governance. Which is of course a key concern for us in all markets but especially in new markets.”

When asked if he, as CEO, needs to visit companies in person, he says it's essential “to always remind yourself that you’re investing in actual businesses with production facilities that make things, products and services.”

This belief is reflected in the way he has built the management organisation of 100 external and 150 internal portfolio managers, each responsible for their own individual investment decisions.

“A small company in a small country may give you more insight into how the world economy is developing than spending some time in the latest production data from a larger company”, he says.