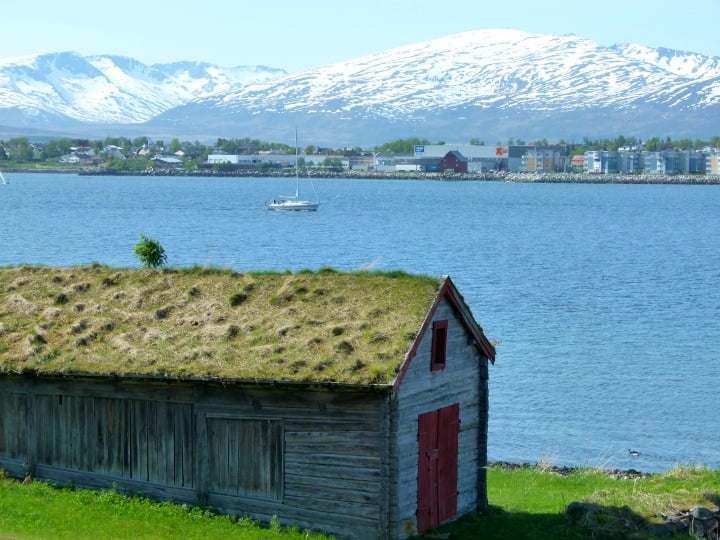 Let’s face it, the Arctic is a beautiful place no matter the season

A guest post from Vanessa at Snow in Tromsø

Snowy mountains and the Northern Lights during winter – deep blue water in the fjords and rocky mountains in the distance during summer. Autumn however is quite a special time in Northern Norway too and I’d even go so far as to say that autumn is the perfect time if you’re considering visiting the North! Here are 5 reasons why:

You’ve probably seen lots of pictures of Norway during autumn. You know, those images where orange leaves give way to snowy mountains in the background? Well, Norway is actually that beautiful during autumn and the Arctic is no exception to that.

Admittedly, autumn begins and ends sooner in the North than in the rest of the country and it’s much colder, but it doesn’t lack in beauty. And what’s the best way to experience all this Indian Summer gorgeousness you ask?

Well I’d say either on board of the Hurtigruten cruise ships going from Tromso to Bodø or in a car road-tripping the Lofoten Islands.

Seeing the Northern Lights without freezing to death

While daytime in the Arctic lets you admire gorgeous autumn colours, there’s a different and very special light you can admire during the night: the Northern Lights! Generally you can watch them between October and March but as the winter months are usually very wet and cloudy, early autumn offers you the highest chances of making your dream to see the lights come true! 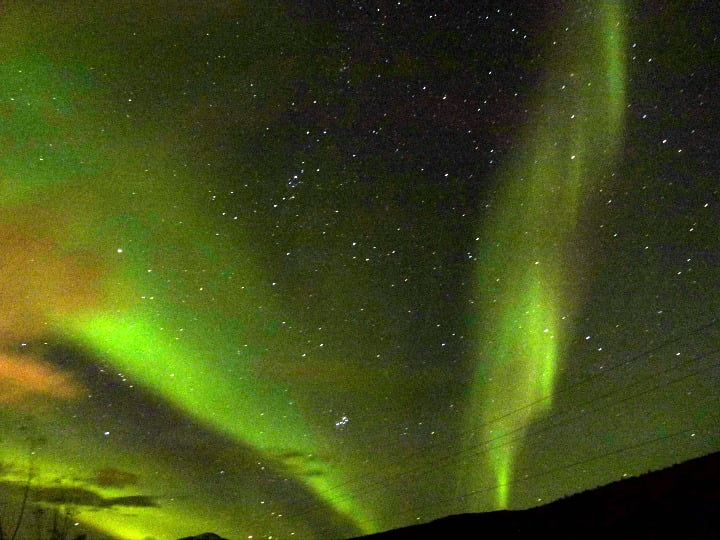 October temperatures are also much milder than January temperatures and believe me, standing outside for hours to spot the lights is way more fun in 5 degree weather than it is in -10 degrees!

My personal highlight of autumn in Northern Norway has actually nothing to do with nature but with food! SMAK – Tromsø Food Festival takes place in late September each year and it’s the perfect opportunity to try Northern Norwegian cuisine on the cheap!

At SMAK, you can try reindeer or whale meat, Norwegian brown or goat cheese, classic pølse hot dogs and even ice cream in typically Norwegian flavours like liquorice and apple pie with cinnamon.

Experiencing the first snowfall of the season

What’s more magical than the sight of the first snowfall of the season? That magical moment when you open the blinds at your window in the morning and everything is covered in snow! If you’re lucky to visit at the right time, usually between late September and late October, you can experience the very first Arctic snowfall of a winter that will last way into April, sometimes even May.

Sunrise, Sunset and all the daylight in between

After a long summer where the sun didn’t set for 4 months, and a 2 months long polar night where the sun will not rise at all, ahead, we appreciate and make the most of all the daylight we get during autumn in the North and fall in love with all the pretty sunsets all over again. 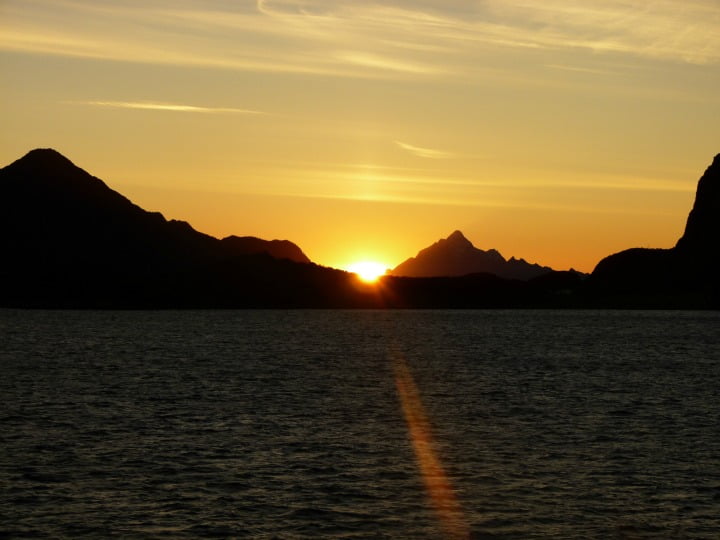 Many people who visit the Arctic say that one of the things that fascinated them most was the special light they experienced. Not necessarily the Northern Lights, but the special kinds of daylight that you can only experience above the Arctic Circle. And they are so right!

You see, autumn is actually the perfect time to visit the Arctic and I can only recommend you to book a cabin in the woods and head to the airport before it’s too late. You know, winter is coming! 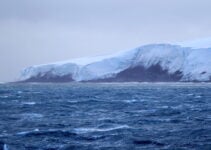