Skip to content
Home » Travel » Beyond Norway » A Postcard from Tallinn

My first trip to Estonia, in fact my first trip to any of the Baltic states, saw me fly with Estonian Air to the charming capital city of Tallinn. Is it worth a weekend trip from Norway? One word: Yes!

Tallinn is really a tale of two cities. The medieval old town and the modern new city surrounding it. This makes it remarkably easy to navigate and orientate yourself. Even better, it takes just 15 minutes on a €1.60 local bus to reach Tallinn from the Airport – easy. Most of the big name accommodation such as the Radisson Blu Sky Hotel that I stayed in are clustered together just outside the old town. Just look for the tallest buildings in Tallinn and you won't go far wrong!

The photo-friendly old town is much bigger than I expected, full of cobbled streets, hills, heritage, and of course, people dressed up in tacky medieval outfits tempting you in to their themed restaurants. Apart from that slightly annoying yet inevitable fact, Tallinn's own town is mesmerising.

From the lookout posts on the city wall to the long slog uphill to the churches, I found my mind drifting back in time, imagining what life here must have been like. It will happen to you – guaranteed. 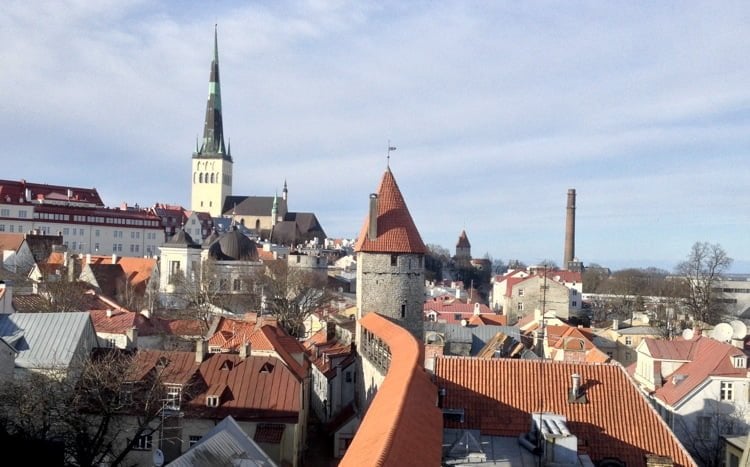 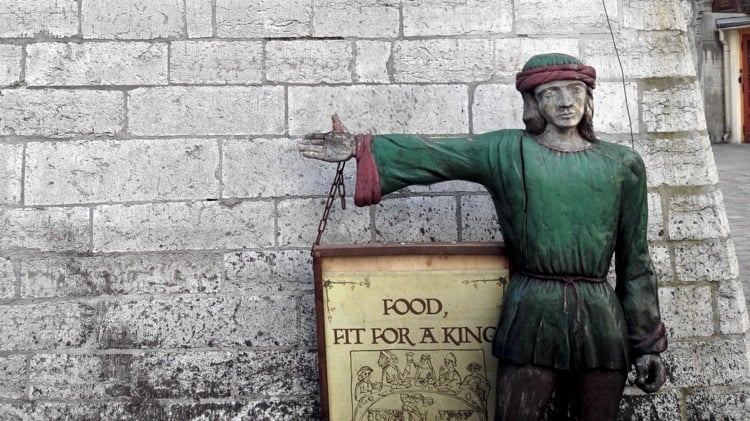 Many of Tallinn's best attractions are located inside the old town so it's easy to spend an entire weekend here without leaving the area. I explored most of the town on foot, taking in the portion of the city wall that's open to the public. It's fascinating to see what a city wall is like on the inside! I also explored the brilliantly named Kiek in de Kök, a former cannon tower with a spectacular view from its atmospheric top floor cafe (if you make it!)

Speaking of brilliantly named things, I couldn't help but notice some Norwegians taking pictures of the signs for the street named Pikk. If you don't know why, use Google Translate 🙂 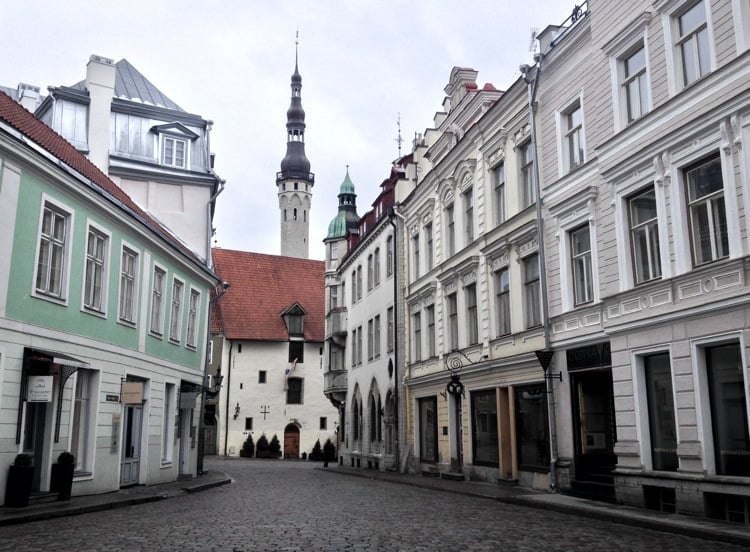 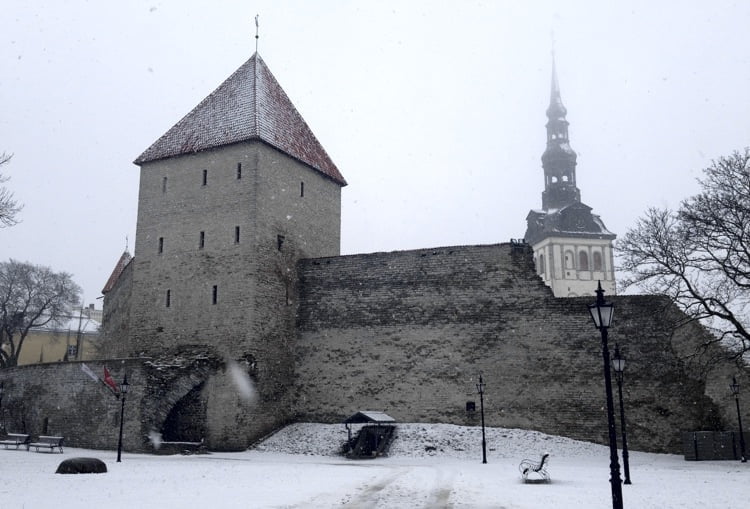 As regular readers know, I always make a point of checking out the city museum whenever I'm in a city for the first time. I love hearing how cities have developed and overcome struggles, whether economic, war, occupation, mass migration, disease, etc. A city's museum reveals so much about its people.

Tallinn City Museum, although old fashioned in its approach, told the story of Tallinn wonderfully. It focuses on people, their jobs, daily lives, and through doing so, fills in the gaps you may have from wandering around the old town. Even the exhibits about independence from the Soviet Union focus in on people.

There's also a cute little cafe and gift shop where I bought tea and a bun for almost nothing. Always good! 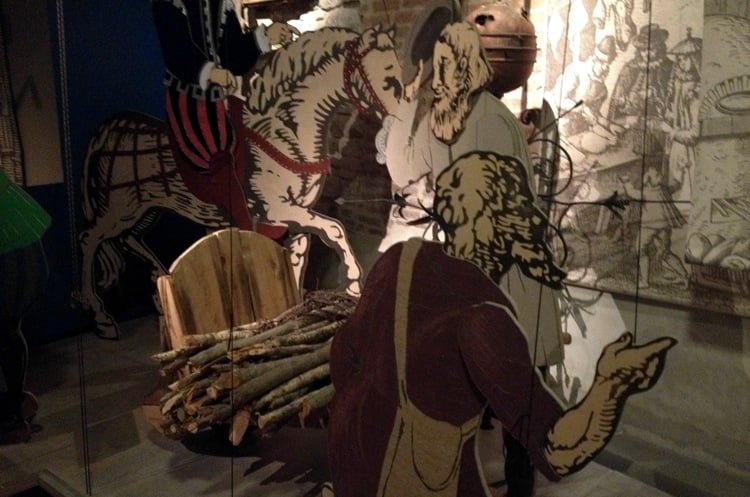 Ranked as the number 2 attraction in Tallinn on Trip Advisor (after the Old Town, of course!), I visited the Seaplane Harbour early on Saturday morning. And what a good decision that was…

That was the queue as I left, wow!

It's important to explain the reason: it was one of the last days of the major Titanic exhibition and it seemed like the whole of Tallinn wanted to take the opportunity before it was gone. I arrived early in the morning and queued for just five minutes, and now the Titanic exhibition has gone, I expect the queues to be much more reasonable!

Queues or no queues, the museum is worth it, especially if you have young kids. Mind you, this 32 year-old boy enjoyed it just as much as anyone! Amongst many other exhibits, there's a real submarine that you can climb into and explore. I only hit my head twice. 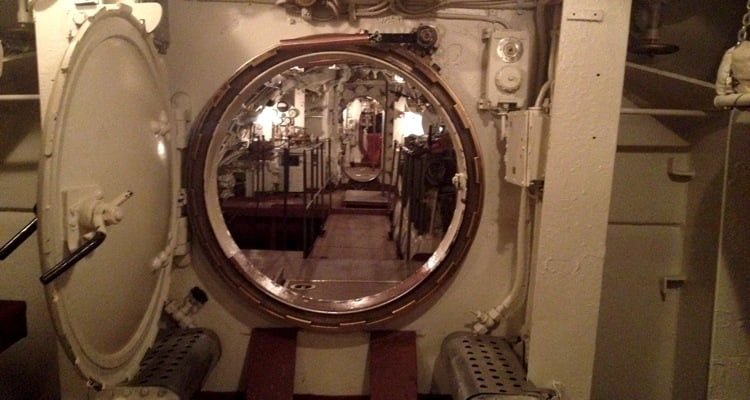 One word of advice: the museum is a 15-20 minute walk from Tallinn's old town and the road isn't especially pedestrian friendly. A cab costs something like €8, a great option if there's a group of you, or if you have a Tallinn Card you can take advantage of the tour bus stop right outside the museum.

History has never been my strong point. Even so, I had no idea what to expect with regards to the Soviet influence on Tallinn. Is it still visible?

The answer is yes, but you may have to keep your ears open to notice: around one in four residents of Tallinn are native Russian speakers. The city is so dominated by its medieval centre that you almost don't notice the alluring ugliness of the Soviet architecture elsewhere in the city.

The Tallinn City Museum told the story of Estonian independence, but for a real reality-check and history lesson, I highly recommend the Museum of Occupations. Just don't expect a fun experience. 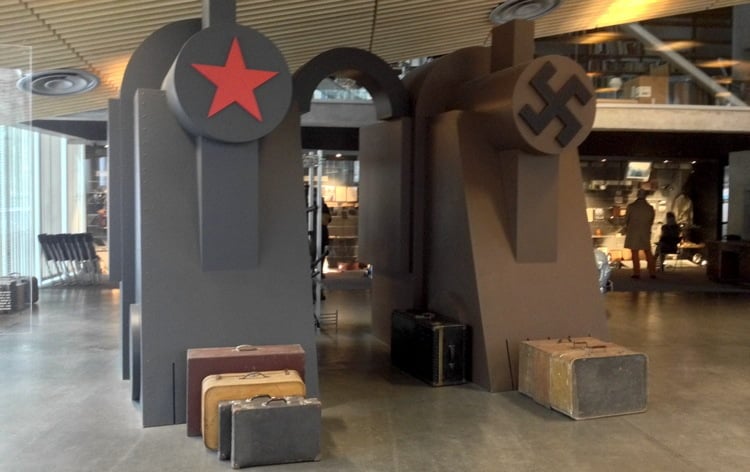 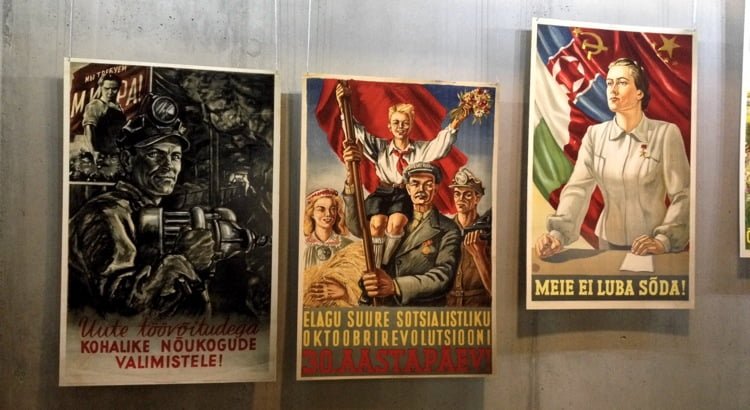 The next morning on my farewell wander around Tallinn, motivated by what I'd learned at the City Museum and Museum of Occupations, I made a point of stopping by Freedom Square. Rather timely, a pro-Ukraine rally was just reaching its end. 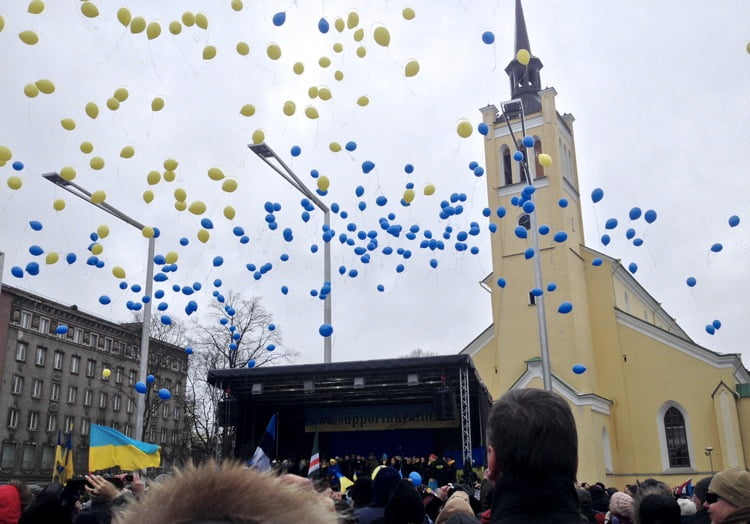 So much left to see

There's plenty to keep you busy in Tallinn for a weekend break and I highly recommend it. Will I be back? Yes.

There's loads I didn't get time to see. Assuming the weather is good, next time I will break out of the city centre and see the TV tower, the famous Song Festival grounds, and maybe the city zoo.

My trip to Tallinn was made possible by Estonian Air, the Radisson Blu Sky Hotel, and Tallinn Tourism, who provided me with a Tallinn Card.