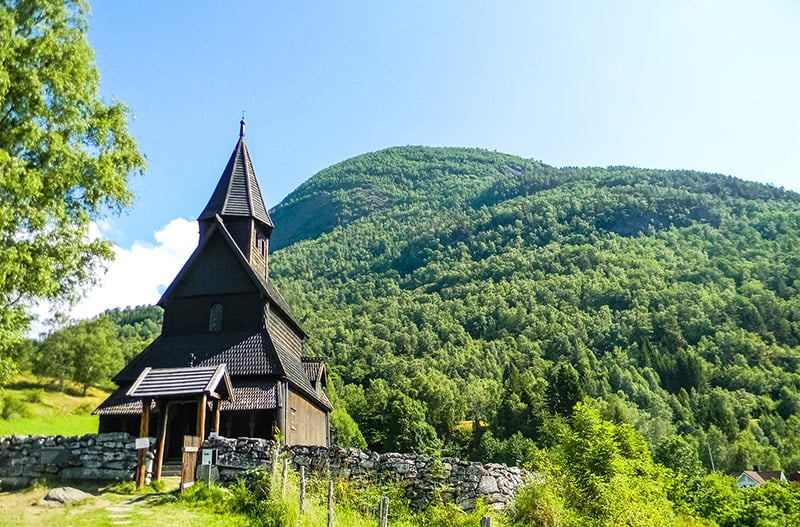 Norway is packed with fascinating religious buildings, old and new. Here's our guide to the most picturesque Norwegian churches and cathedrals across the nation.

Despite Norwegians falling out of love with Christianity, the country remains home to some of the world’s most intriguing churches.

If you're religious or find the architecture of churches interesting, this article should add some sparkle to your itinerary! I'm including both churches and cathedrals on this list.

I'll also include some of the beautiful stave churches, regardless of whether they’re still in use today or not. Most aren’t open for services, but are open to visit.

Although I have no religious faith, I still like to visit churches on my travels. For me, the architecture and history is truly fascinating. And I include both traditional wooden and modern architecture in that.

The importance some of these impressive buildings played in their relatively small communities for hundreds of years reveals a lot about how people used to live in Norway.

The stave churches in particular tell a fascinating tale. The Norse-inspired carvings help to paint a picture of Norway’s slow, uncertain transition to Christianity. 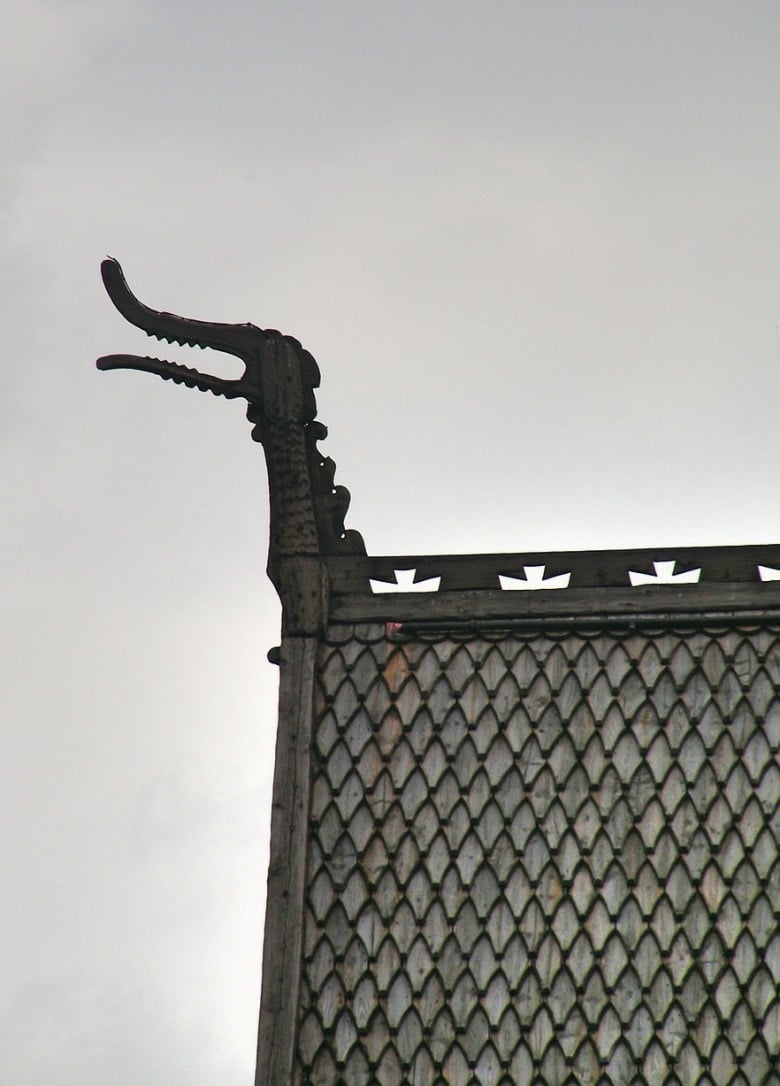 Whatever your reason for visiting, Norwegian churches are a fascinating way to help fill up an itinerary!

The best churches to visit in Norway

On my travels around the country for my guidebook, I met many people – including many Americans – who had specifically come for ‘church tourism’. It's a term I hadn't heard of until that time, but now I see church tourists everywhere!

If that’s something that interests you, I hope this post gives you a great starting point for planning your trip. I'll start the list with somewhere I walk past almost every day…

The number one tourist destination in central Norway’s biggest city, Nidaros Cathedral is still to this day used for coronations and other important events. 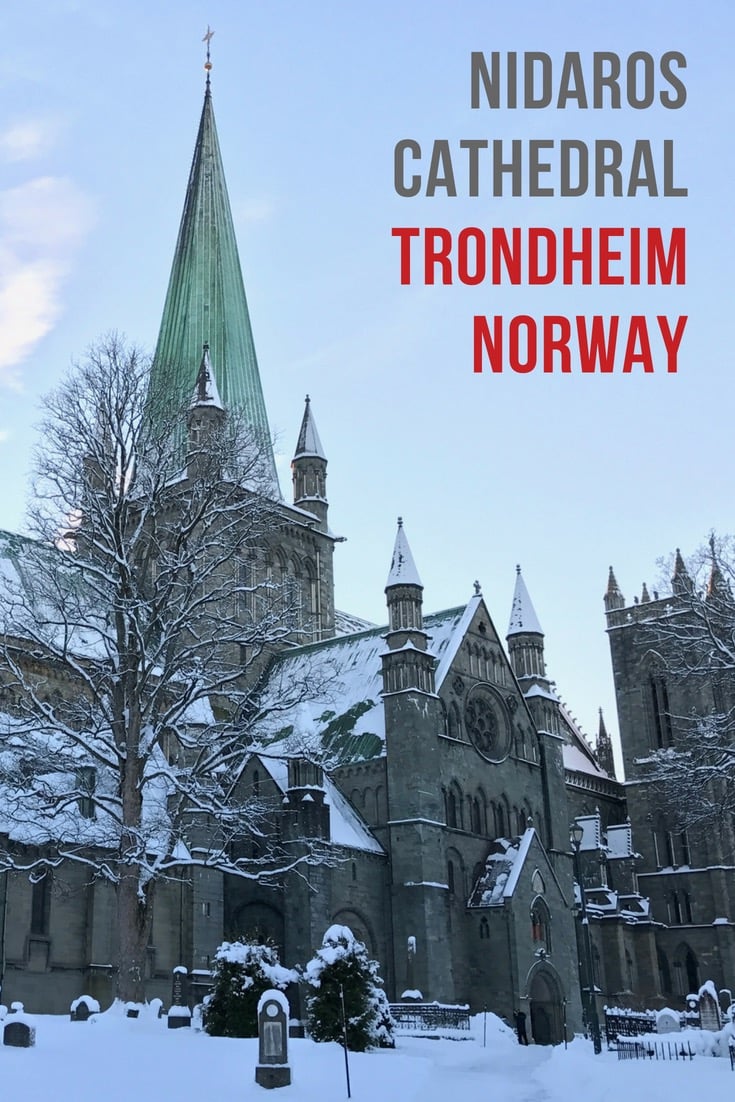 The world's northernmost medieval cathedral stands tall at the southern end of the city centre, with the wide Munkegata boulevard framing it nicely for those approaching on foot.

Such is the cathedral's importance, to this day pilgrims walk great distances across Scandinavia to visit Nidaros and pay their respects to Saint Olav, who is buried inside. Its imposing western front, reminiscent of some English cathedrals, delights curious visitors from around the world.

Paying to enter the cathedral isn’t a must, as you can gain a lot just from studying the western front and strolling around the exterior. If you only have time for a quick stop on a walking tour of Trondheim, there’s no need to pay the entrance fee. 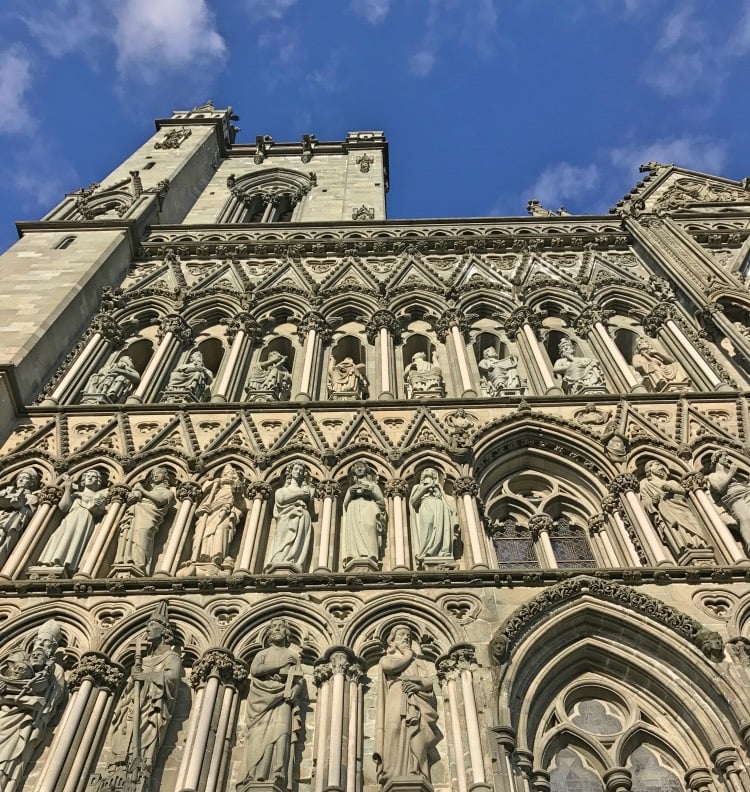 Having said that, those with an interest in Norwegian history or Christianity will get a lot of value from a look inside. Features to look out for include the octagonal shrine to Saint Olav, two principal altars, and a medieval chapter house.

The best time to visit is the annual St. Olav’s Festival, an international celebration of Olav Haraldsson's legacy. The festival features concerts from major names (Dionne Warwick starred this year) and a medieval market, amongst many other things.

Despite its modern appearance, Tromsø's Arctic Cathedral was actually built in the 1960s. The cathedral is in fact not a cathedral, but rather Tromsdalen Parish Church. The city centre is home to a wooden cathedral! 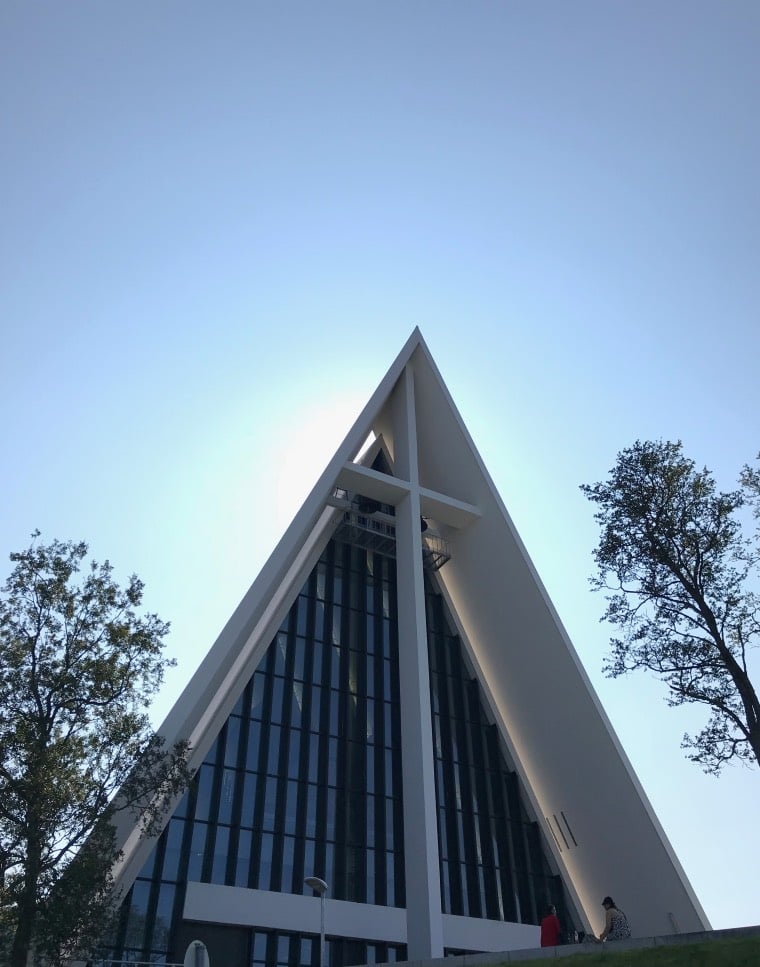 However, that's to take nothing away from one of the city's biggest tourist attractions and concert venues, which serves dual purpose as a regular place of worship.

The tall white triangular structure featuring a large cross and 11 aluminum-coated concrete panels is clearly visible from across the water on Tromsøya island.

Thanks to the brave vision of architect Jan Inge Hovig, the church has become far more than a place of worship and is today an internationally recognized icon of Arctic Norway. 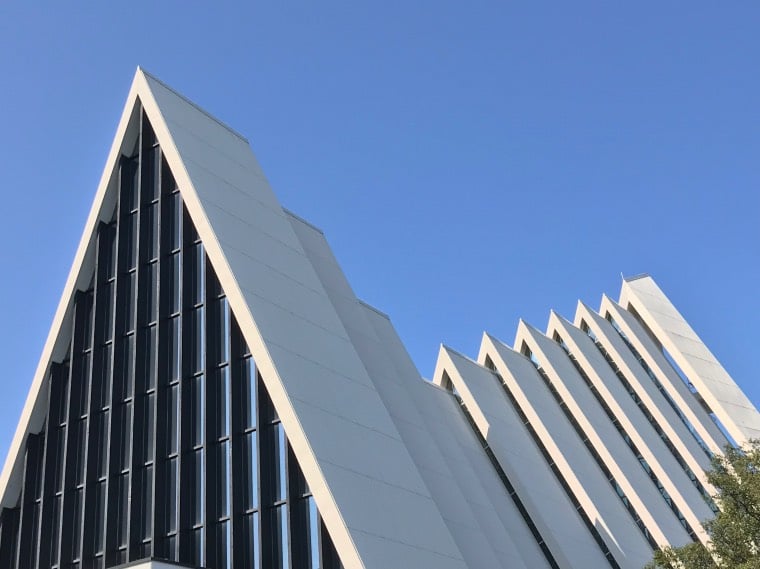 As with most Norwegian places of worship the interior is simple, but your attention will be drawn to the prism chandeliers and prominent glass mosaic on the far wall, packed with intricate detail and symbolism. During the summer, ‘midnight sun concerts' are held most nights.

The striking architecture of Alta's incredible Northern Lights Cathedral splits opinion. I think it looks like a crematorium, others say a factory, but either way it stands out in Alta's otherwise bleak city centre. 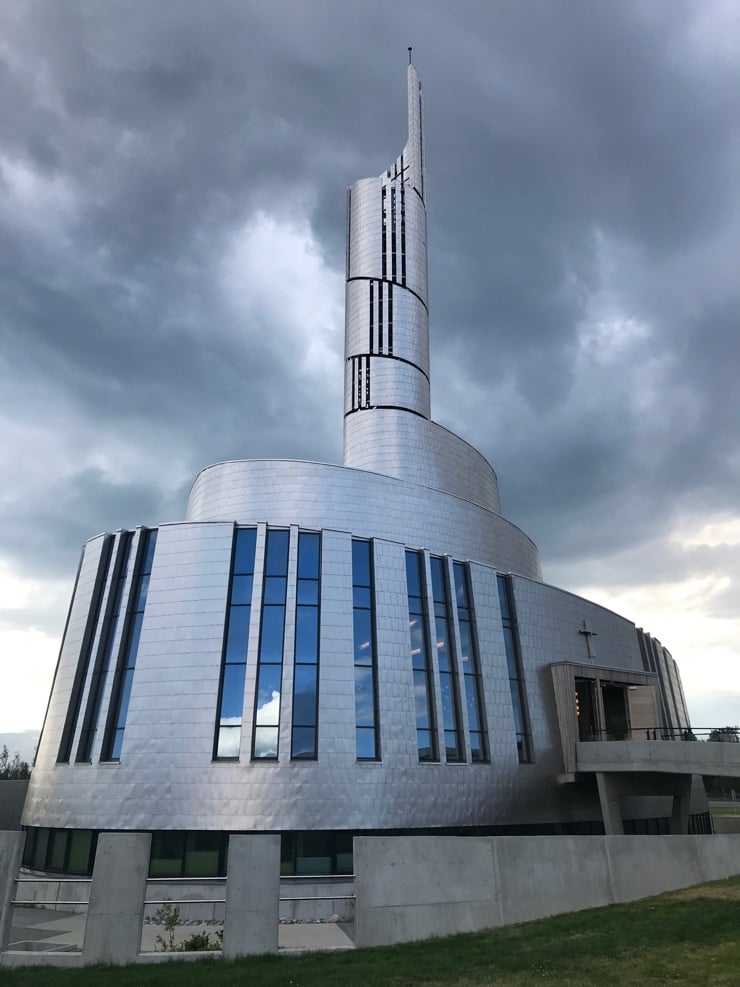 But inside the building things really brighten up, and everyone seems to love the interior.

The simple wooden strips with LED lights create a fantastic lighting effect designed to mimic the movement of the northern lights, while the blue backdrop draws the eye to the bronze statue. Read more about the cathedral here. 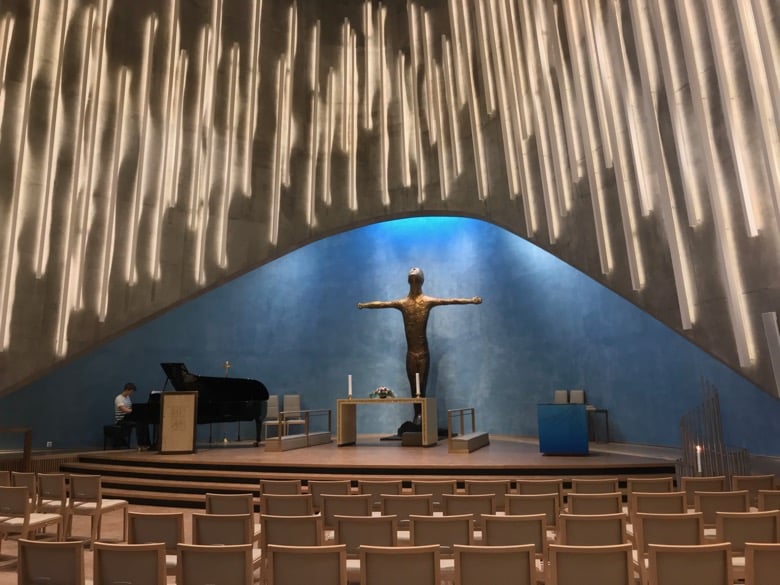 A recent addition to the church's basement is a northern lights exhibition called Borealis Alta. If you don't know a lot about the lights it's an interesting aside, but otherwise can be skipped.

Borgund Stave Church is Norway's most famous stave church. I'm confident saying that, as replicas exist in Germany and in the USA in South Dakota and Connecticut. Fine features include the lavishly carved portals and the dragon heads carved from the roof.

A 19th-century parish church stands immediately next door so the stave church, which dates back to 1180 and 1250 AD albeit with several additions and restorations, is only open as a museum and not for services. 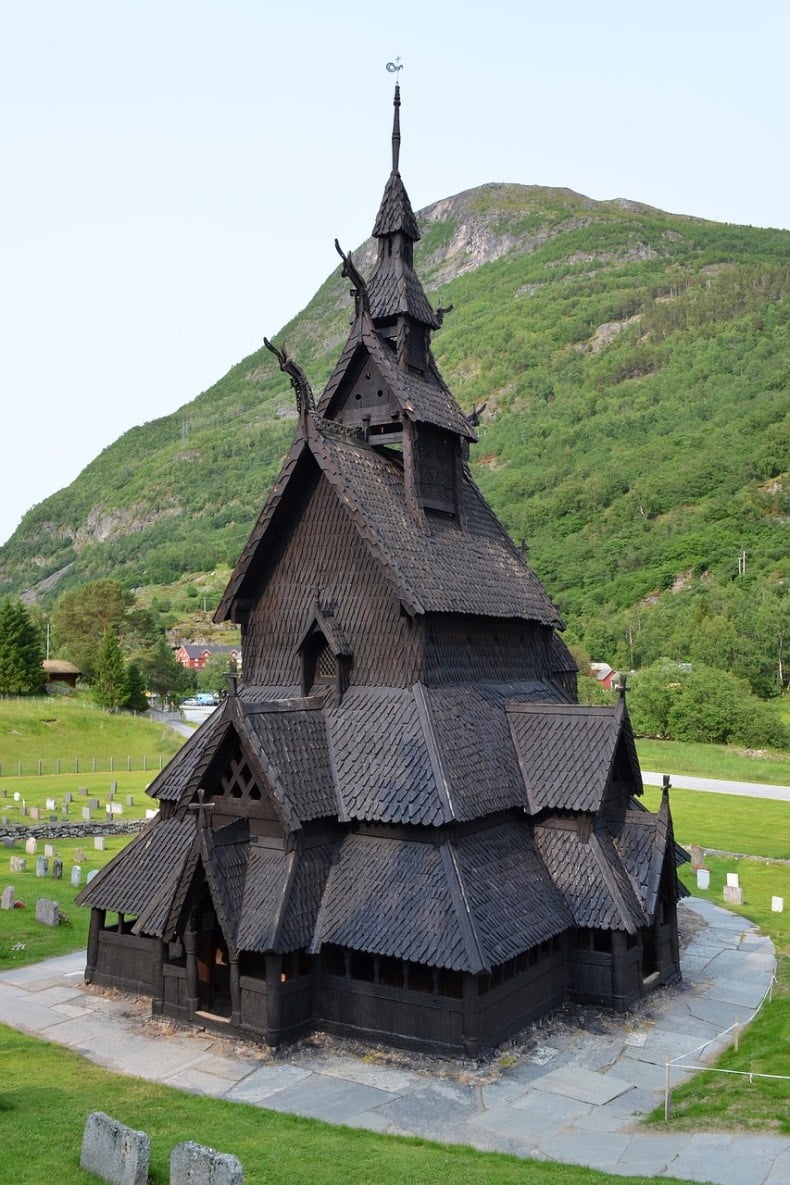 It's perhaps the most visitor friendly of Norway's stave churches as in the nearby visitor centre, exhibits on the stave church’s influence on everyday medieval life in Norway, along with other stave churches and Viking artefacts are on display.

The church is situated on the King's Road across Filefjell, and as such is a popular hiking destination. Several easy walks of the surrounding area start from the car park.

Although Trondheim's Nidaros Cathedral hosts coronations, the Royal Family and the Government use Oslo Cathedral for public events.

It was also the site for the Royal Wedding of 2001 when Crown Prince Haakon married Mette-Marit Tjessem Høiby. and serves as the main parish church for Oslo city centre.

The present building with its tall tower dates from the very late 17th-century, and is the city's third cathedral. The first two burned down, the second after just 50 years.

The Cathedral's eastern end is surrounded by the eye-catching Bazaar, a curved long building today home to shops and restaurants.

“The stave churches are representative of the highly developed tradition of wooden buildings that extended through the Western European cultural sphere during the Middle Ages”, says UNESCO. 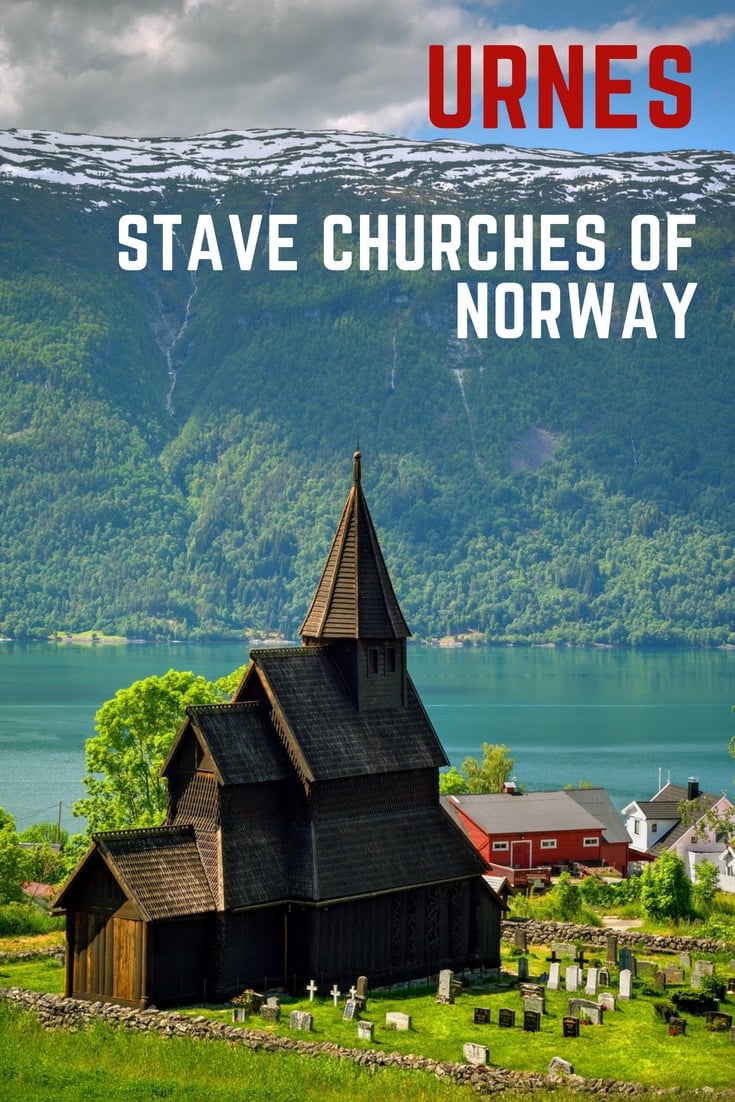 It goes on: “Urnes Stave Church is an ancient wooden building and is outstanding due to the large-scale reuse of both decorative and constructive elements originating from a stave church built about one century earlier. It is an outstanding example of the use of wood to express the language of Romanesque stone architecture”.

Urnes hasn't been in regular use since the end of the 19th-century, and is today only used for a rare special occasion involving a parishioner, such as a baptism or a wedding.

Norway's oldest cathedral dates back to sometime in the earlier 12th-century. The original Norman architecture has seen substantial Gothic additions and varying decor from across the centuries.

The interior is richly decorated thanks to the city’s post-Reformation growth of the 17th century, but it also features the beautiful St. Olav Tapestry from the 1920s and the much older stone baptismal font from the 14th century. 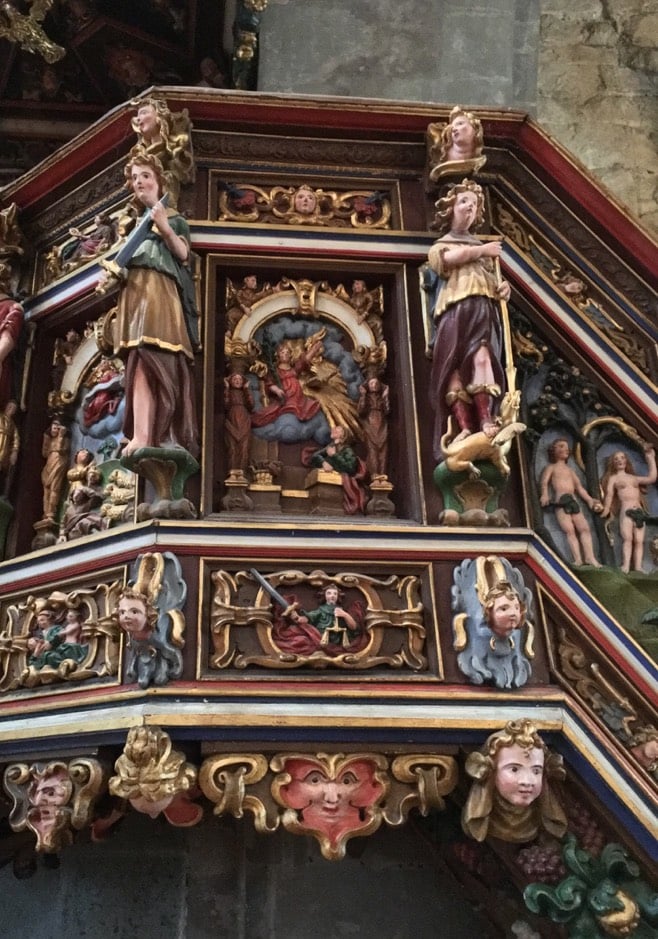 The most notable feature is the vibrant pulpit detailing the complete story of the Bible from Adam and Eve through to a triumphant Christ crowning the canopy. The pulpit was the master work of 17th-century Scottish Cartilage baroque craftsman Andrew Smith.

In the shadow of Jotunheimen National Park, Lom is a perfect place to stop off when driving from Oslo to Geiranger (check out the nearby Røisheim Hotel for my lodging recommendation!) and as such is one of the more popular stave churches on the list. 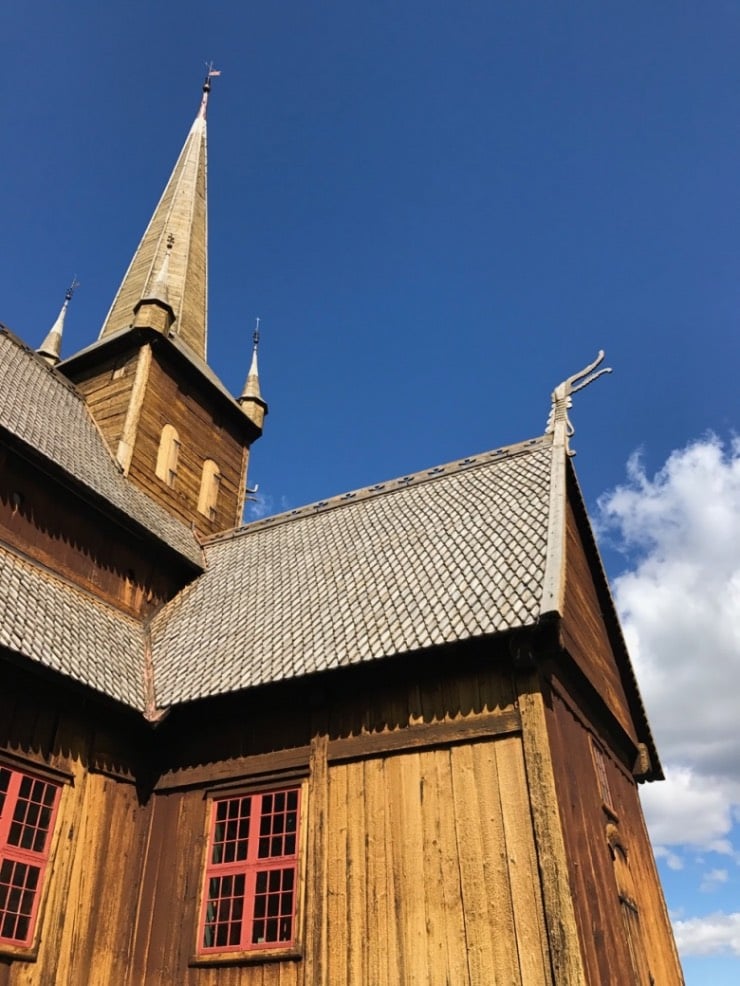 Originally built in the 12th-century, the church was expanded in the 17th-century but lots of original features remain. It is still in regular use as a parish church and is one of the largest stave churches left in the country.

An archeological dig in 1973 turned up some interesting finds, including more than 2,000 coins and a message of love carved in runes onto a stick.

Built in 1898 to accommodate the hundreds of visiting fishermen, the Gothic revival-style church seats 1,200 and is one of the most aesthetically pleasing churches you’ll pass on a Lofoten road trip. 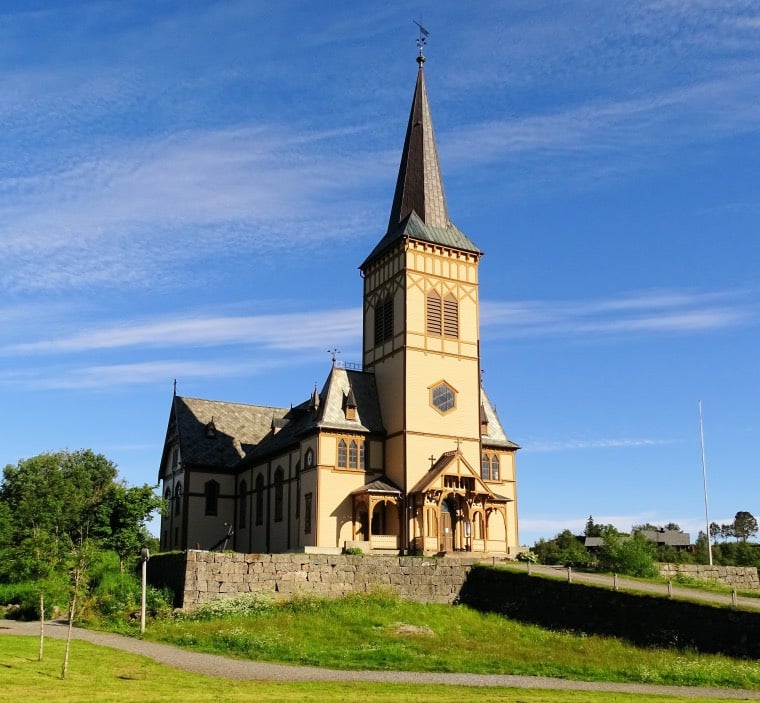 Interior features include Swiss-style carvings, pointed arches, and an altar that was relocated from the former parish church that was demolished in 1900.

Close to both Urnes and Borgund in the Sognefjord region, Kaupanger is notable for its different architecture. For one thing it's tall, and there is a notable lack of carvings and other detail on both the outside and inside.

Although plain, it is actually one of the best examples of the architecture as it is constructed with more staves (22) than any other Norwegian stave church. 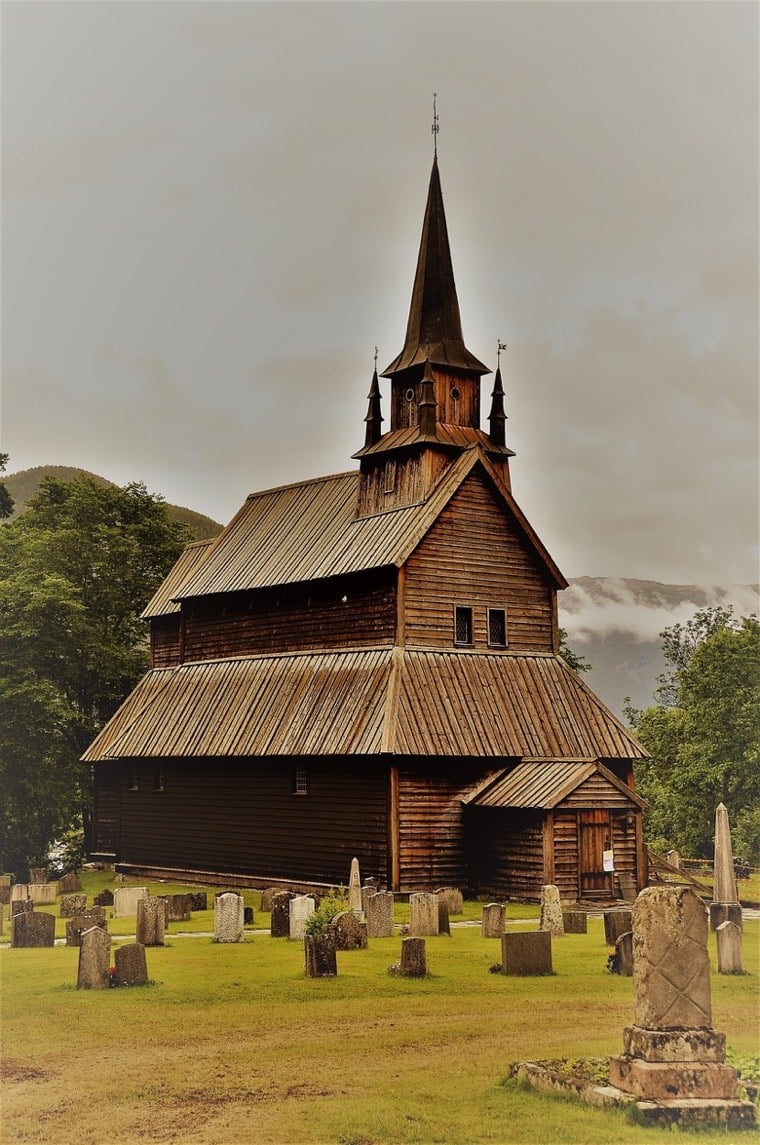 The church has been in continuous use as the local parish church since its construction in the 12th-century. Over the years, several restoration projects have taken place both inside the church.

The most recent, around 1960, undid many of the changes made in the 19th-century to return the church to its more authentic 17th-century look. The pulpit, altarpiece and font are all from the 17th-century. 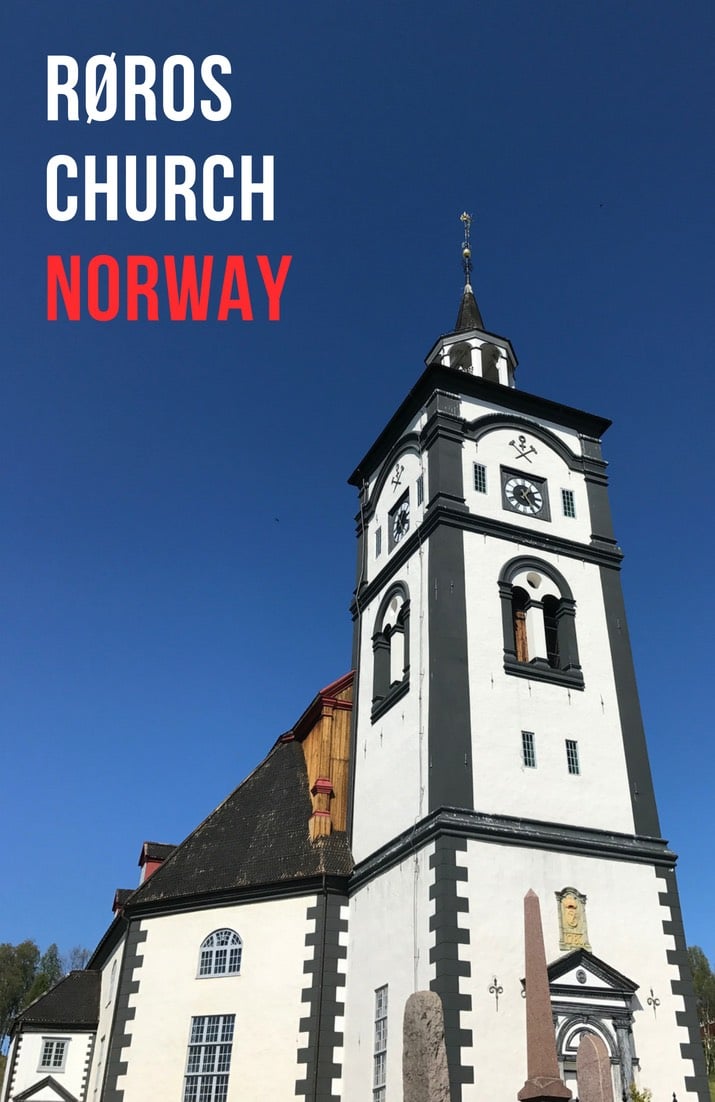 Built by the copper mining company in the 18th-century for its workers and their families, the church is a real icon of Røros and can seat an incredible 1,500 people.

I say incredible, because just a couple of thousand people live in Røros today! The symbol of the copper works can be clearly seen on the walls of the tower. 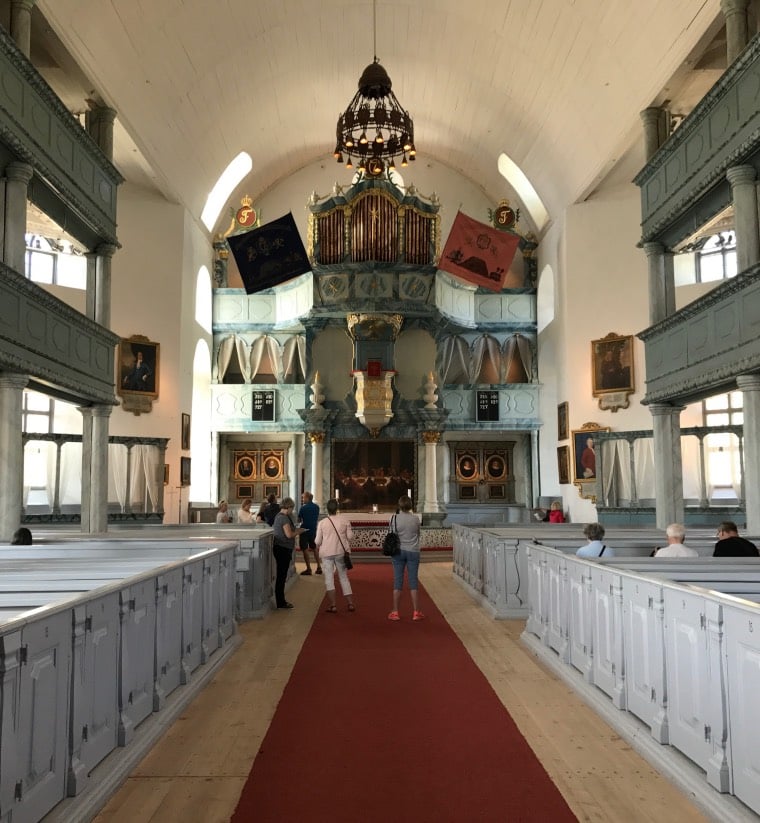 The distinctive nature of the church extends to the stunning blue-tinted interior. If you're in Røros during the summer, it's absolutely worth seeing if the church is open for a look around. As with most churches on this list, there's a small entry fee charged.

If there's one on this list you've never heard of, I'd wager it's this one! The Giske archipelago is to the north and north-west of Ålesund and home to among other things, the city's small airport.

On one trip to one of my favourite Norwegian cities I chose to explore the islands a little further, and I'm glad I did. 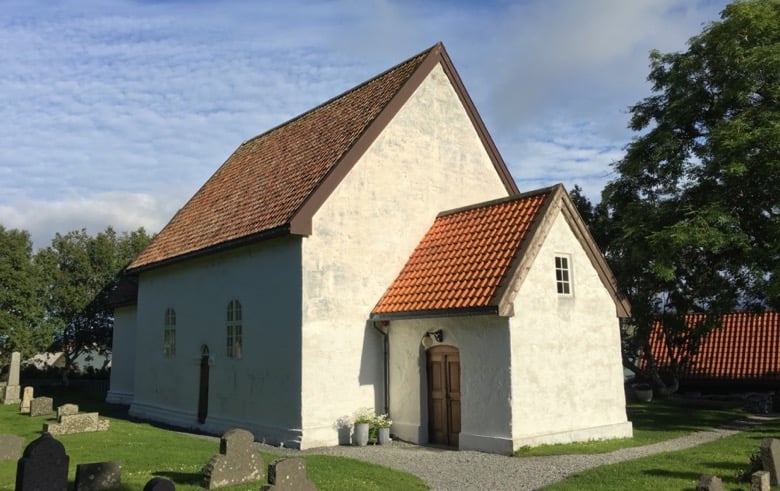 Hidden away on the south of Giske island is this simple yet charming Norman church. As it turns out, the building is actually made of white marble.

No-one knows where the marble originally came from, and as its covered by chalk on the exterior and plaster inside, it's only possible to see the marble in a few places.

Last on my list but definitely not least, Heddal is the largest of all Norway's remaining stave churches.

Following an extensive 1939 renovation, much of the original structure has been revealed along with redecorations from the Middle Ages. 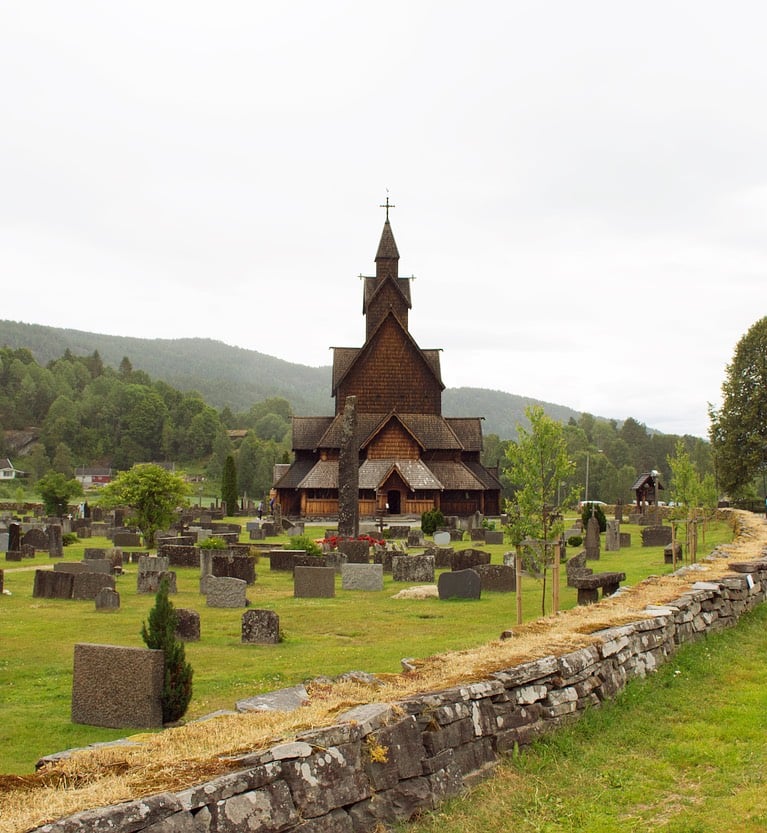 It's worth asking about the local legend behind the building's construction, involving five local farmers, three days, and a troll!

For more information about these and many more churches in Norway, check out my Moon Norway guidebook. Inside you'll find locations and where possible, admission prices and opening hours.

If you enjoyed this article, you can find out even more about stave churches in Norway here.

How many of these churches in Norway have you visited and which one is your favourite?