Mess & Order, a co-working space in Stavanger opened on September 15 joining MESH in Oslo and DIGS in Trondheim as well as other co-working spaces around Norway. Mess & Order is an entrepreneurial work space, which means individuals and companies, mostly startups, pay a fee every month in order to be able to use the cooperative’s office facilities and participate in seminars related to entrepreneurship. 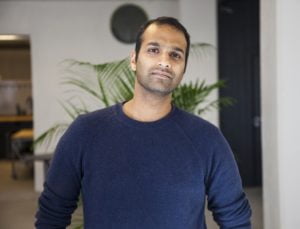 The co-working space aims to create an open, inspiring and supportive arena where entrepreneurs can meet, share and innovate together. “Basically the idea started (for Mess & Order) because a group of young entrepreneurs were inspired by many of the international co-working spaces that had been growing in larger cities all over the world”, says Osman Amith, co-founder at Mess & Order.

“We saw the culture that was growing in these communities and we wanted to be apart of that. What we saw was a social culture where ambitious entrepreneurs met, shared, worked and had fun at the same time. This culture was missing in Stavanger. So we decided to do something about it”.

“We hope that in addition to being a co-working space, we can also become a place for education. By inviting experienced business people, lecturers from universities, lawyers, auditors, consultants and other key stakeholders to our offices, we can give our members courses and seminars that are relevant for them and their business”.

Mess & Order has already attracted business in entertainment, fashion and marketing to its premises. “Our aim in the next two years is to have 80 members, a makerspace (workshop) and a few success stories to speak about,” says Amith. 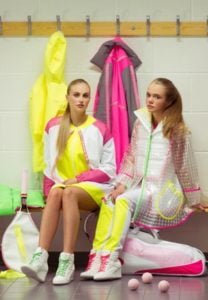 One of the businesses at Mess & order is Åsom, a Norwegian sportswear company run by Marie Christin Anfinnsen. Anfinnsen started Åsom (Åsom is how you would spell the English word awesome in Norwegian) in 2012 after a career playing tennis professionally.

“During my days as a professional tennis player, I felt like there was something missing from the tennis apparel available. I really wanted something more playful and spirited, which simply did not exist,” says Anfinnsen. “So after my design degree finished, I decided to design both tennis & sportswear since tennis in Norway is quite a small niche.”

“I started my company a year ago working from home upon advice from my 60 year old, conservative father. This spring I heard about Mess & Order and thought it was a great way to get in touch with other entrepreneurs,” says Anfinnsen.

Whitney Love is a cookbook author and blogger. She runs the English- language food blog Thanks For The Food where she documents her love affair with Norway through the lens of traditional and modern Norwegian gastronomy. She hails from Tucson, Arizona and currently lives in Stavanger, Norway. Get a copy of her FREE 20-page eBook The Ultimate Guide to Norwegian Cuisine.