Financing for the new Majorstuen-Fornebu light rail extension is now in place, meaning the long-awaited line is a step closer.

The long-awaited plans to extend the Oslo T-Bane metro network to Fornebu reached a new milestone on June 26, as a financing agreement was signed.

The draft agreement setting out policy coordination and mutual obligations for transport development in 2019-2029 confirms that the Norwegian state will cover half of the 16.2 billion kroner costs.

Representatives of the Norwegian government, Akershus County Council and the municipality of Oslo signed the agreement. Stakeholders from the municipalities of Bærum, Skedsmo and Oppegård also signed it.

The total cost of the line is estimated at 16.2 billion Norwegian kroner. At the time of writing, that’s approximately $1.9 billion US Dollars. Now that financing is in place, construction should start in March 2020. The opening date for the line is currently scheduled for 2026 or 2027.

The Fornebu neighbourhood has undergone rapid transformation over the last decade. Previously the site of Oslo’s main airport, the peninsula has been redeveloped as an important commercial centre. The likes of Statoil, Telenor and Aker Solutions have taken office space, alongside the Telenor Arena conference centre and concert hall.

Since then, the area has become a more ‘normal' city district. There's residential apartments, a shopping centre and other facilities. It still has the feel of a business park, but it's slowly getting there.

However, with such growth has come problems, with public transport a biggie. To reach Fornebu during the morning rush hour, many commuters take packed trains to Lysaker and then squeeze onto already full buses for the final leg of the journey.

I worked at Fornebu for a brief period in 2012 and travel even back then was a headache. This extension to the T-Bane has been talked about for decades now, and I'm delighted to see progress at last.

Oslo's T-Bane (termed Metro in English by city bosses) has a proud history dating back to 1898. That's when the Holmenkollen line first opened as a tram line between Majorstuen and Besserud.

The idea to launch a citywide transit system began in 1912 with the opening of the Ekeberg tram line, but it wasn't until after World War II that the city decided to green light the current metro network. In 1993 a tunnel under the city centre opened linking the western and eastern routes. A new ring route opened in 2006. 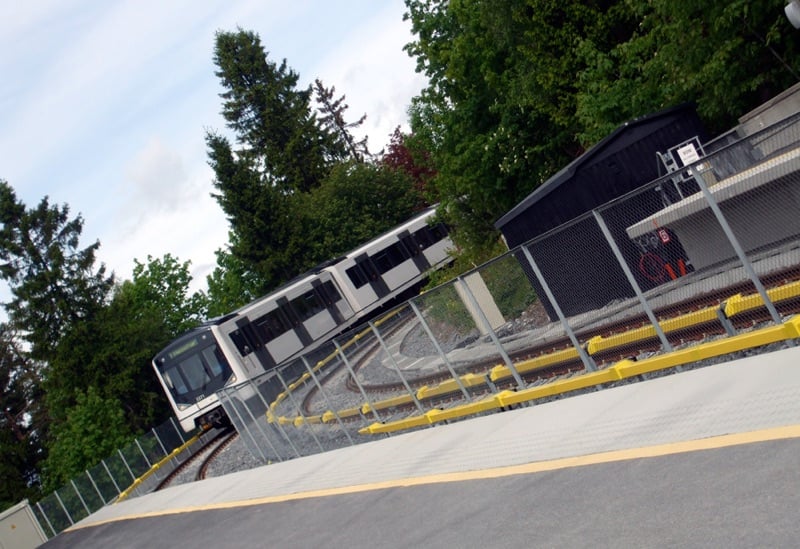 The T-Bane is fully integrated into the city's public transport system. This means passengers need just one ticket type in order to use the city's t-bane, bus and tram networks. Bus routes are also designed to connect to T-Bane stations.

The line is far from the only public transport project in Oslo in recent years. In 2016, a new tunnel connecting Økern to Sinsen along with a new station at Løren were opened. The city's tram network is also getting a substantial upgrade, with new lines and new trams in process of being introduced.

Along with the future Fornebu line, other expansions to the T-Bane are at various stages of planning. The most notable is a new common tunnel to relieve pressure on the existing one which is operating at full capacity. This will run from Majorstuen to Tøyen, with four new stations along the route.

City bosses are also investing heavily in hybrid and electric buses, and are investigating autonomous and self-driving technology.