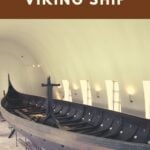 In 1880, the Gokstad ship was discovered and excavated from the shores of the Oslofjord. 140 years later, it remains the most significant Viking Age find and a major tourist attraction for Oslo and Norway.

Have you ever visited Norway's Viking Ship museum in Oslo? If so, you'll have seen the remarkable Gokstad ship.

While it has of course now been restored, the original condition of the late 19th century shocked everyone. For having been underground for almost 1,000 years, there was an incredible amount of the original wood still in place.

The Gokstad Viking ship is a 9th-century Viking era vessel that was discovered in a burial mound near Sandefjord, Norway. During the Viking Age, it was a flexible, fast ship suitable for the open ocean.

The vessel could have been sailed or rowed, so it was likely used for raiding and trading abroad. There are 16 oar holes on each side, and the crew would have consisted of 34 people in all. Some limited storage space was available below deck.

It is named after the location of the burial mound, Gokstad. Curiously, the mound had long had the names Gokstadhaugen/Kongshaugen, which comes from the Old Norse words for “King's Mound”.

However, any relevance of the name had been dismissed as simple folklore, because other Norwegian mounds bear the same name.

Now on display at the Oslo Viking ship museum, the Gokstad ship is the largest preserved Viking ship in Norway. Given the time that has passed, it's unlikely that any more ships in such good condition will be found in the future.

Despite the common belief that the name was just folklore, not everyone thought so. In particular, the sons of the owner of the Oslofjord farm. In early 1880, they started to investigate and while digging in the frozen ground, found the unmistakable bow of a boat.

Soon after, Nicolay Nicolaysen of the Society for the Preservation of Ancient Norwegian Monuments visited the site. Having established the boat was a historic artefact, he was able to stop the local dig to bring in the experts. 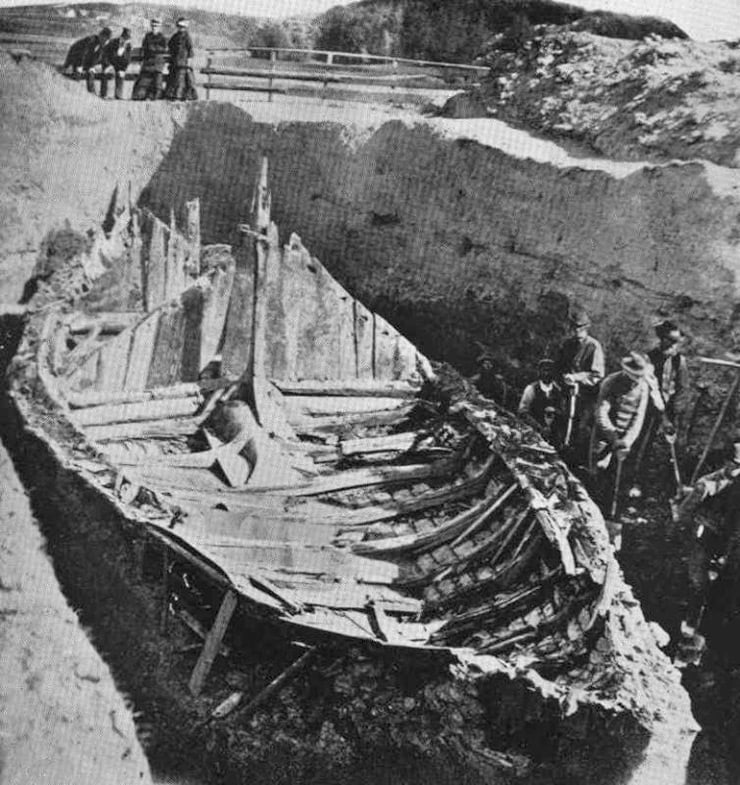 As the mound had lost some of its height due to years of ploughing, the team decided to excavate from the sides rather than from the top down. It took just two days of work to reach the ship.

The team ended up finding much more than just wood. A human skeleton was discovered in a bed inside a wooden burial chamber. Archaeologists were able to establish that the skeleton was of a man aged in his forties, of strong build.

Laid out around the skeleton were the bones of horses, dogs and even a peacock. Other items to be found in the grave included three smaller boats, a sledge and riding equipment.

The sheer amount of items suggested this was the grave of a very powerful person, presumably a local chieftain. No weapons, gold or silver was found, but experts believe any such items would have been plundered long ago. As such items were common in Viking burial rituals, their existence would have been common knowledge. 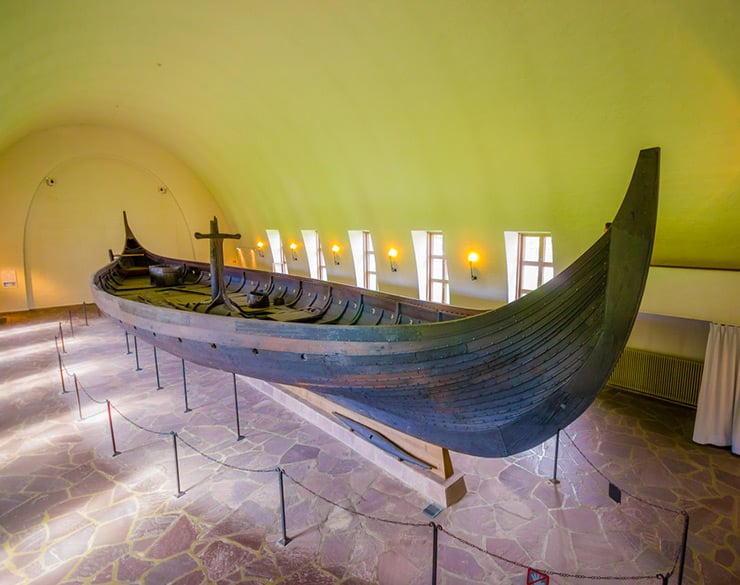 The only significant parts of the structure missing were the upper strakes and both bow and stern posts. These would have extended outside of the clay used to create the burial mound and had been completely destroyed.

The restoration of the Gokstad ship

Because the ship was in such good condition, it was put on display for years without any restoration work. A picture exists from 1898 showing the vessel on display as it was found.

It would be around fifty years until proper restoration took place, which was essential to preserve the ship now that it was exposed to air. All the parts were dismantled, steamed and bent back to their original shape.

Those timber sections that couldn't stand up to such restoration were replaced by new timber. This is clearly visible on the ship as it is today. Once it was complete, the ship was moved into its permanent home in Oslo.

Thirteen years after the discovery, a crew of 12 sailed a replica Gokstad ship across the Atlantic. The stormy crossing from Bergen to Newfoundland took just twenty-eight days.

How to see the Gokstad ship

This magnificent ship is one of the star attractions at the Oslo Viking ship museum. It's one of the many museums of Bygdøy, a peninsula within easy reach of downtown Oslo.

In the years to come, the museum will be extended to provide better protection for the ships and more exhibition space for a deeper dive into Viking history.

Have you seen the Gokstad Viking ship? If you enjoyed this post, why not share it on Pinterest so others can find it too? Just hit the sharing buttons for the perfect pin.

10 thoughts on “Gokstad Ship: The Story of Norway’s Most Famous Viking Ship”