Skip to content
Home » Living in Norway » Food & Drink » Lefse: A Guide to the Norwegian Classic 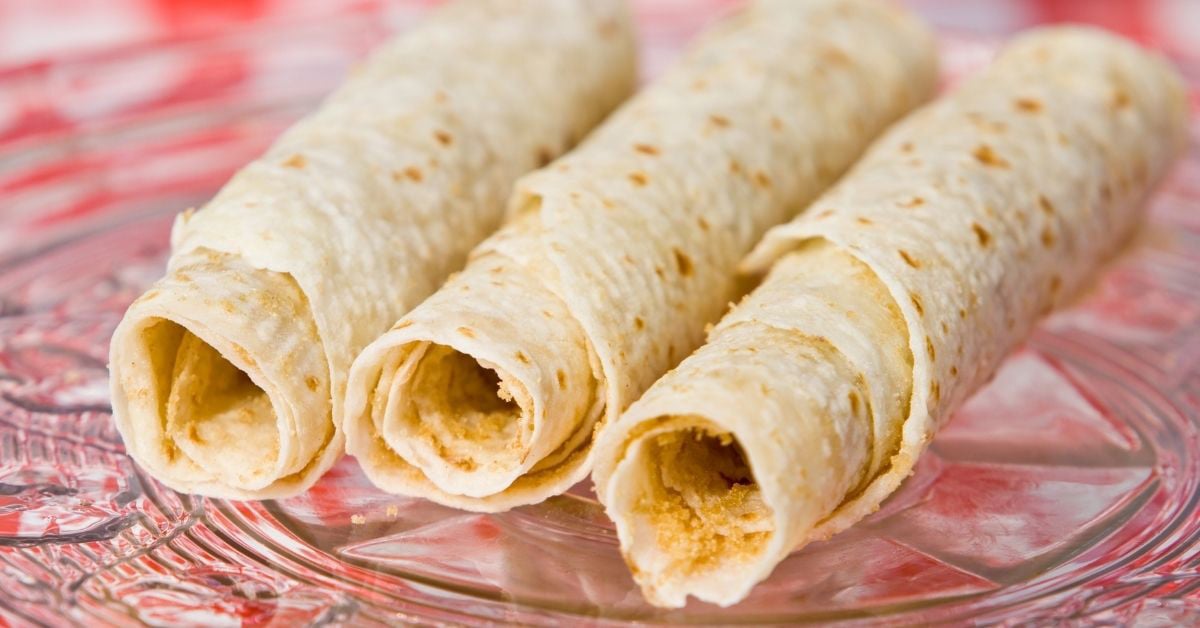 From a traditional homemade staple to a quick on-the-go snack from a gas station or even a fancy dish at a wedding, the Norwegian lefse has a long history. Here's what you need to know about this classic of Norway cuisine.

When I first moved to Norway, it wasn't long before I encountered the lefse. It's hard to avoid, especially when driving around the country.

This flexible food is a staple of traditional Norwegian households, cafes and even ferries up and down the country. Certain types are also popular in the USA.

In Norway, the lefse is sweet or savoury, thick or thin, can be made from wheat or potatoes, and can be served with a wide variety of accompaniments. Depending on the variety, the lefse can be eaten an alternative to bread or as a sweet pastry with coffee.

A quick note on language: when writing in Norwegian, lefse is singular, lefser is plural. We'll pretty much stick to lefse in this article.

The history of lefse

The story of lefse is intertwined with Norwegian history. Just as the Norwegian flatbread was developed as a way to store food over the harsh winter months, lefse served a similar purpose.

During the 19th century, the lefse was a popular way to store wheat or potato, which would otherwise be unusable. The lefse was stored in a dry state, much like flatbread, and would be soaked before use. 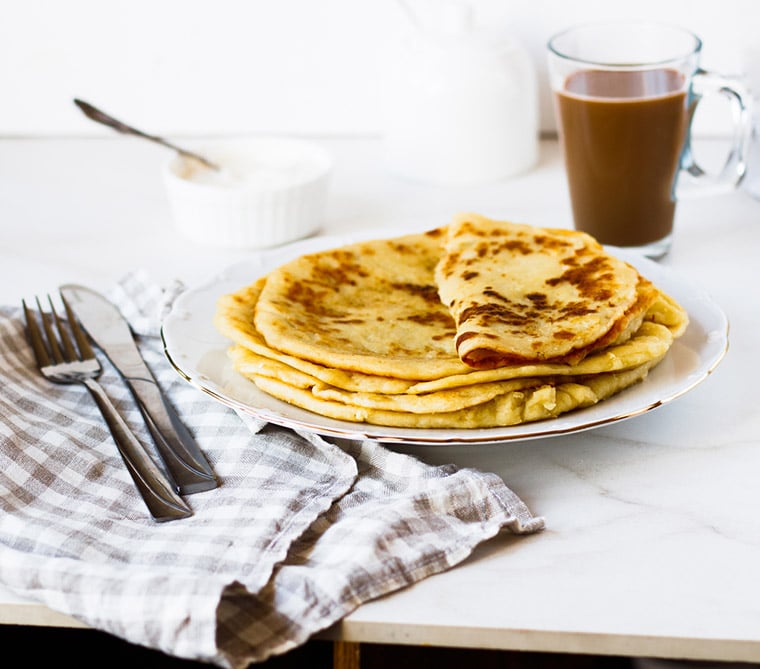 I see the terms pancake and tortilla used often to describe the Norwegian lefse. I think both are accurate in different ways, but neither offer a complete picture.

Lefse is often described as a ‘Norwegian pancake' on American recipe blogs, and I understand why. It's a flexible food, and can be made thin like British pancakes or thick and fluffy like American ones. However, there are only eggs in certain kinds of lefse, and it's not considered a Norwegian breakfast food.

So, what's the tortilla comparison? Well, just like tortillas can be made from flour or corn, lefse can be made from wheat or potatoes. The flexibility of how lefse is served and eaten also reminds me of a tortilla.

Recipes and even names vary considerably across Norway, so it's difficult to provide a complete breakdown of all the different types. However, I'm going to try and cover as many as I can!

In many parts of western, eastern and central Norway, lefser are used as an alternative to bread. They are eaten with savoury, salty foods or with sweet foods.

Common savoury fillings include cured ham and cheese. They can also be served as wraps, with fillings such as smoked salmon and cream cheese. Common sweet fillings are sugar and cinnamon. These are often served folded or rolled into tubes. As with waffles, the combination of brown cheese and jam is another sweet option. 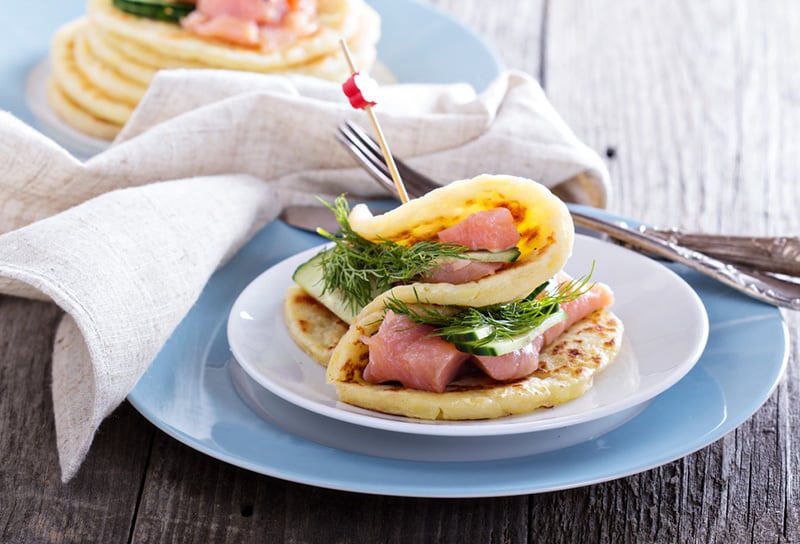 In parts of western Norway and northern Norway, a lefse usually refers to a slightly thicker, sweet pastry-like item served with coffee. They are typically filled with a sweet, cinnamon butter. These tend to have different names in other parts of Norway. For example, here is Norway, it is klenning.

At many gas stations and ferries up and down the country, mass-produced lefser are popular sweet snacks. You'll also see lomper, round potato-based tortillas commonly used as a hot dog holder, among other uses. Whether these are classed as lefser or not I'm really not sure, but they're pretty close all the same!

More than a hundred years ago, thousands of Norwegians left the country to pursue their dreams in the new world. Today, several million American citizens can trace their heritage back to Norway. As a result, many Scandinavian clubs and societies have sprung up all over the country to keep traditions alive.

But as with traditions from other countries, the American version has changed over time. Today, the lefse is considered a traditional celebration and christmas food among Norwegian American communities in the USA. Its preparation often becomes a family activity ahead of the holidays.

It's also almost exclusively a potato-based product in the USA, simply because potatoes were the most commonly available crop to the Norwegian immigrants back in the day.

I've heard from several people that serving lefse alongside lutefisk is very common at Christmas time. That's something you are unlikely to see in a Norwegian household.

But of course, there's no right or wrong here. It just serves to highlight the flexibility of the Norwegian lefse!

Where to buy lefse

In Norway, lefse of both the sweet and savoury variety are available in all Norwegian supermarkets. The above picture shows just a couple of examples.

It's the equivalent of store-bought tortillas. If you're in a rush to make wraps or just need a sugar-fix, these options are fine and relatively inexpensive. But of course, they're not a patch on the homemade varieties!

Lefse recipes: How to make Norwegian lefse at home

There is no one best lefse recipe. Hopefully if you've read this far, you'll understand why! Do you want to make a thick, sweet lefse, or thin ones for savoury wraps? With potato, or without? There are so many options, not to mention the countless ‘secret' family recipes handed down through generations.

In the coming weeks, I'm planning to try several popular recipes for myself. Of course, I'll share them on here when complete! In the meantime, here are some links to the most basic lefse recipes, followed by some other recipes from around the world wide web. 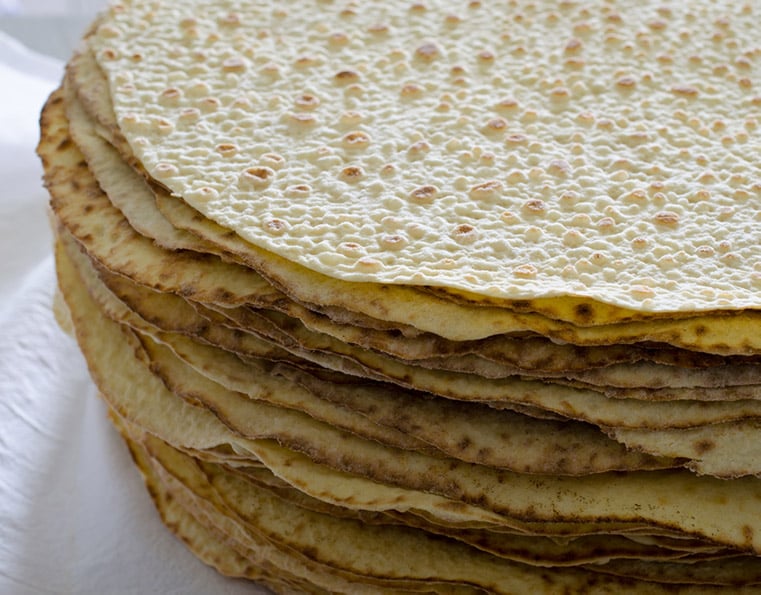 Jølstralefse: A traditional recipe from Sogn og Fjordane region, now part of Vestland county. The easy recipe produces a dough that can be used for a savoury dinner accompaniment, or filled with a sweet butter for a coffee snack. You can also follow these tips and tricks for beginners.

Potato lefse: For a potato-based version—and also one in English—try this American take on the lefse. There are many different versions out there on the internet, but this one is one of the simplest.

Lefse with brunost cream: This recipe (in Norwegian again, sorry!) is for thin lefser and an intriguing brown cheese cream filling. I'm sure this isn't going to be to everyone's taste, but once again it shows the flexibility of the lefse!

I'm looking forward to testing out some of the many recipes for myself in the weeks and months to come.

If you spend any amount of time investigating lefse recipes online, you'll soon come across this handy contraption.

The lefse griddle is a somewhat pricey countertop appliance that is ideal for those of you wanting to make traditional giant lefse. But a stovetop griddle pan that you use for tortillas will work just as well for trying out the recipe.

Do you like the traditional Norwegian lefse? What's your preferred type? 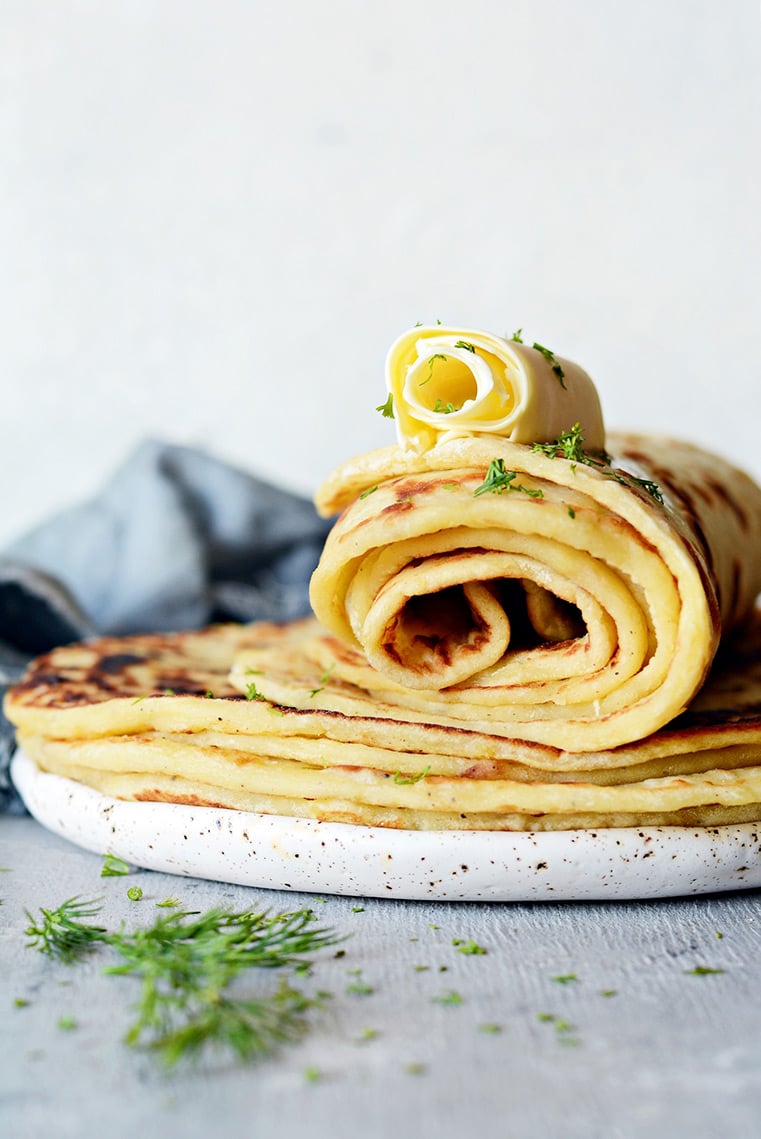 42 thoughts on “Lefse: A Guide to the Norwegian Classic”