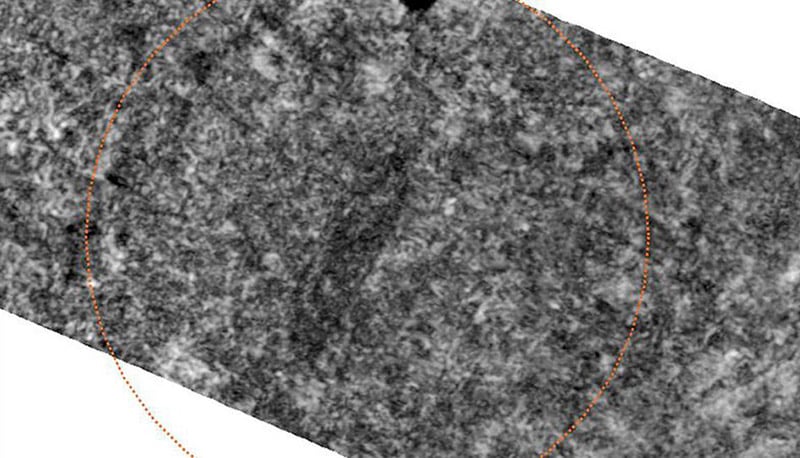 A burial site featuring what seems to be a complete viking ship has been discovered in the Vestfold county in Norway.

Many spectacular finds have been unearthed in the region over the years, including the famous Oseberg and Gokstad ships now housed in Oslo's Viking Ship Museum.

The latest discovery of the grave in Borreparken was announced at a press conference in the Midgard Viking Center in Horten.

“The data clearly shows the shape of a ship, and we can see weak traces of a circular depression around the vessel. This could point to the existence of a mound that was later removed,” said a spokesperson for cultural heritage in Vestfold county. Researchers will now carry out detailed investigations to assess the size of the find.

Ola Elvestuen, Norway's Minister of Climate and Environment, called it a ‘historic day'. “This is a new find that will be noticed throughout the world. In the past, fifteen ship finds from the Viking Age were found in Europe. In Norway, seven discoveries have been made, three of which are in Vestfold,” he said. 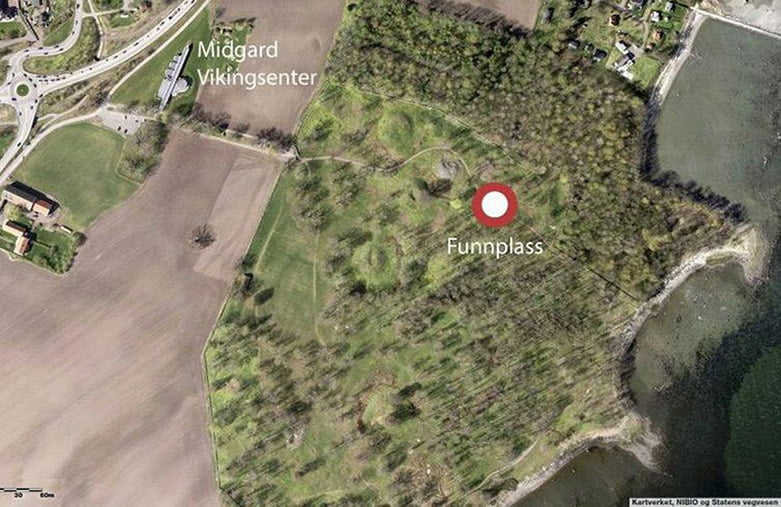 Ground-penetrating georadar technology produced the find in an area known for its rich Viking heritage. The burial site was found on a large plain among the burial mounds located just a few hundred meters from the Midgard Viking Center, part of the Vestfold Museums. Four buildings believed to be meeting halls had previously been found at the site using the same technology.

The motorized high resolution georadar was developed by the Ludwig Boltzmann Institute for Archaeological Prospection and Virtual Archaeology (LBI ArchPro), in conjunction with Vestfold County Council and the Norwegian Institute for Cultural Heritage Research (NIKU).

NIKU archaeologist Lars Gustavsen was involved in a spectacular Viking find last year using the same technology. He said of the technology:

“A find of this scale has never been made before by non-intrusive methods. It really shows the potential of this system in giving you a feel for the wider context of an archaeological survey. While you don’t find a Viking ship every day, I am optimistic that this kind of technology can turn up similar finds in the years to come.”

“This contributes to strengthening our own historical identity”, said the Mayor of Vestfold county. “It's not every day we find a new Viking ship, so this is really exciting. But for us in Vestfold it is no surprise. There are many treasures from the Viking Age hidden in our country's turf.”

The Vestfold region has the highest concentration of monumental burials in Scandinavia. Their location in a coastal landscape along one of the main sailing routes reflects the maritime focus of the period. The burial sites of Vestfold add to the global understanding of the Viking age and the symbolic role the ships played in life and death.

Since 2011, the ‘Vestfold Ship Burials and Hyllestad Quernstone Quarries' have been listed on the tentative list, alongside the Laponian area, the Lofoten islands, the Svalbard archipelago, and the islands of Jan Mayen and Bouvet.

The continued finds in the region only serve to strengthen the case. Back in December 2018, Tønsbergs Blad reported on the discovery of large nails that could have belonged to a ship of more than 15 meters in length. This find spurred the start of a georadar survey project in the area.