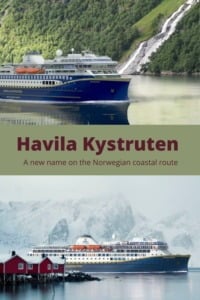 The eye-catching red, white and black ships of Hurtigruten are as much a part of the Norwegian coastline as fishing boats and sea birds. But change is ahead!

Two brand new vessels from Havila Kystruten will set sail on the historic route later this year, with two more under construction.

The first departure available to book on the Havila website is on the Havila Castor, departing Bergen on July 6. At the time of writing, a ticket for the first sailing costs NOK 29,400.

The route is the classic coastal route from Bergen to Kirkenes and back, calling at many ports along the way. It returns to Bergen on the afternoon of July 17.

All change on the coast

Back in 2017, the Norwegian government opted to split the coastal route tender into three in order to introduce competition. Hurtigruten AS was awarded two contracts with the other going to the newly-formed Havila Kystruten AS.

While a new name to many travellers, Havila is a family-owned company with a long history in the Norwegian shipping industry.

Seven Hurtigruten vessels will remain in service, so the offer of a daily departure from Bergen will continue, subject to ongoing travel restrictions. The daily service had been suspended and reduced for large parts of the last 12 months.

The greenest ships on the Norwegian coast

The four new ships—Havila Capella, Havila Castor, Havila Polaris and Havila Pollux—will be able to sail for up to four hours on battery power.

Not only will the lack of noise and emissions improve the tourist experience, the approach is essential to meet the strict zero emissions regulations for the fjord region to be introduced by the Norwegian government later this decade.

Cruise ships are traditionally powered through burning fossils fuels, which creates a high carbon footprint per passenger along with air pollution in ports and the Norwegian fjords.

The battery packs—claimed by the company as the world’s biggest—will be charged at shore with electricity generated from hydropower. When battery power runs low, the ships will switch to natural gas that cuts CO2 emissions by around 25%.

Admirers of Scandinavian design will be pleased. The common areas of the new vessels will be outfitted with Norwegian furniture. “We want to show the best Norway has to offer also when it comes to furniture and interior,” said CEO Arild Myrvoll.

“Passengers on the Havila Voyages can rest, eat and enjoy the view while seated in the chairs and sofas from Brunstad, Fora Form and Ekornes of Norway. Passengers and crew will sleep on mattresses from the Norwegian company Recticel,” he added.

A new entrant on a historic route

The change is the latest development on a transport route that dates back to 1838 when a wheeled steamer began a regular service between Trondheim and Tromsø.

In 1908 the coastal ferry was extended to run between Bergen and Kirkenes, as it does today. The marketing of round-trip cruise packages to international tourists is a more recent change.

Round-trip passengers are certainly in the sights of Havila if their marketing is anything to go by. The line promises excursions such as dog sledding or feasting on king crab. This kind of offer will be familiar to those who have previously travelled with Hurtigruten.

“We invite you to excursions where you get to experience mountains and fjords and get up close to the seasons and changing weather. We take you out into nature with locally known guides, offer real experiences and tastings of short-distance food,” states the Havila website.

A challenge for Hurtigruten—and Havila

Hutigruten has had four years to prepare for the transition on the coastal route. The company has spent that time diversifying its offering.

They expanded expedition cruises to destinations such as the Arctic and Antarctica, and launching cruises to Norway and Svalbard directly from Dover in southeast England.

The cruise line recently announced an expansion of the Dover services for the 2022-23 season following strong interest from British customers.

Despite the expansion, the company faced a rocky 2020 due to the drop in demand caused by the travel restrictions and the negative publicity of an onboard outbreak.

But Havila faces challenges of its own. The economic shock of 2020 compounded prior shipyard issues meaning the company missed its contractual start date of January 2021.

When the ships do eventually set sail this year, Havila faces uncertain demand. While cargo—an important element of the coastal route—and local passengers are likely to return, it may take more time before international tourists feel comfortable setting sail on a cruise ship.

Havila also faces a tough brand recognition battle. That’s especially true in the international market, for which the name Hurtigruten remains synonymous with the Norwegian coastal service—and is likely to do so for many years to come.

This article is adapted from one first published on Forbes.com in February 2021. 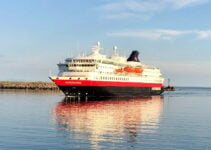