Skip to content
Home » Travel » The Lighthouses of Norway 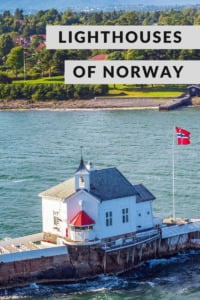 Many traditional Norwegian lighthouses remain dotted along the lengthy coastline of Norway. Here are some of the most well-known.

Once a critical navigation aid for ships, lighthouses are today a dying breed in much of the world. In 1997, Norway was one of the first countries in the world to implement a national preservation plan for lighthouses.

Many of these buildings have unique architecture and plenty of fascinating stories to tell. For example, during World War II, German forces occupied the majority of the larger coastal lighthouses. During these years, German forces kept them dark unless German ships and convoys were nearby.

Some are museums and others simple landmarks. Others can even be rented out for private events and overnight accommodation!

Since 1974, the Norwegian Coastal Administration has responsibility for Norway's lighthouse operations. Local associations now maintain some of the more historic buildings.

This article is not intended to provide a comprehensive list. Rather, it serves as an introduction to some of the most famous, historic and quirky lighthouses in Norway. If you're planning a trip along the Norwegian coastline, keep your eyes open!

One of the most famous lighthouses in all of Norway is this charming octagonal structure, located off the coast of Trøndelag. Hurtigruten ships often notify their passengers when passing by, allowing people time to get a good view.

The only example of octagonal lighthouse architecture in Norway, Kjeungskjær has been fully automated since 1987. From its establishment in 1880 to 1947, the lighthouse keeper and family lived here.

The lighthouse is maintained by Kjeungen Kystlag, a volunteer organisation with around 100 local members. They are responsible for renting out the lighthouse for events and maintaining the traditional transport boats, among other things.

It's possible to visit Kjeungskjær by boat from Uthaug. However, this must be arranged in advance due to the remote location. Refurbishment means the lighthouse will be closed for the 2022 season.

Since the 17th century, a lighthouse has marked the entrance to the Skaggerak straight and Baltic Sea from the North Sea. As Norway's southernmost point, Lindesnes has long been a crucial navigation point for shipping.

Today, Lindeses lighthouse is a popular tourist attraction for people taking a road trip along the coastline of southern Norway. Painted white and red, the lighthouse is an attractive sight.

The current lighthouse, which is around 100 years old, is open to tourists. Inside you'll find pictures from other lighthouses around the country. A nearby museum tells the story of the lighthouse and its previous versions.

Of particular interest are the fortifications including trenches and passages dug into the rocks surrounding the lighthouse. German occupiers introduced these features during World War II.

Utvær: The lighthouse on Norwegian money

Such is the importance of lighthouses to Norwegian maritime heritage that a lighthouse even adorns the front of the fifty krone banknote.

Introduced in October 2018, the banknote features an image inspired by Utvær lighthouse. Utvær is the country's westernmost lighthouse, located on a small exposed archipelago off the west coast, northwest of Bergen. Just a handful of people live here.

Utvær is one of the tallest coastal lighthouses and was built in 1900 to provide fishing and merchant fleets with reliable land sighting. The 31-metre-high tower gives the beacon a long range.

German forces occupied the lighthouse during World War II. In spring 1945, Allied aircraft fired on it, destroying the lantern room and lens, and burning outbuildings. Reconstruction began in 1948, a few years after the war ended.

Saltholmen lighthouse has stood in Lillesand from 1882, manned until its automation in 1952. The name comes from the small islands' former use as a prime location for extracting sea salt.

It is one of Norway's best-known lighthouses that provide overnight accommodation. However, this is no luxury stay!

Accommodation works on the same principle as Norway's DNT hiking cabins. That means self-catering, and you must bring your own sleeping bag! You can find out more information at their website.

During the summer season, the lighthouse is also open during the day for visitors to look around. There have been art exhibitions in the past. It's an especially popular stop with locals using their own boats.

These are two notable lighthouses guiding vessels between the Skagerak straight and the entrance to the Oslofjord.

Both lighthouses were built in the 19th century on rocky archipelagos that would otherwise be easy to miss.

As such, both buildings are extremely exposed to the elements. Depending on the time of year and the current weather, this can be easy to see on the two webcams hosted on the lighthouse website.

Fulehuk lighthouse has been closed since 1989 and now functions as an events and accommodation centre. A fully automatic beacon on a nearby island now serves Fulehuk's original purpose.

Farther out to sea, Færder lighthouse is one of the oldest in Norway. The Oslo to Kiel and Oslo to Copenhagen ferries pass right by the 43-metre-tall lighthouse. It was built in 1857, replacing the older lighthouse at Store Færder from 1697.

Here's yet another distinctive lighthouse for the list! Alnes lighthouse tower is known for its boxy shape and unusual colour-scheme of white with two red bands.

It was built in 1852 to guide small fishing boats safely through the Giske archipelago, just outside Ålesund on Norway's west coast.

Today it's a popular tourist attraction (May-October) especially as a day trip from Ålesund. This location means it's one of Norway's most visited lighthouses.

Visitors can enjoy the spectacular coastal views from the top of the 26-metre-high tower. There's also an exhibition area and cafe in the nearby former keeper's cottage. Locals throughout the region know and love the homemade cakes!

Molja: The most unique accommodation in Ålesund

While I'm writing about the Ålesund region, I have to mention the 150-year-old Molja lighthouse in the city centre. Located at the end of a small jetty that faces out to the sea, the lighthouse functions as room 47 of the nearby Hotel Brosundet!

The hotel pitches the room as perfect for couples, describing it as “rustic and modern, an unforgettable experience to share with someone you love.”

Brosundet's architects have done an incredible job in converting the interior into a hotel suite. Measuring just three metres across, the lighthouse houses a compact bathroom downstairs below a circular bedroom with a custom-fitted bed.

Of course, the hotel's facilities are available to those staying in the lighthouse. Also, hotel staff will deliver breakfast baskets whenever you're ready!

Dyna: A landmark of the Oslofjord

If you've ever taken a boat trip in the inner Oslofjord, you'll surely have seen Dyna lighthouse. Located on a tiny reef near the Bygdøy peninsula, the building is one of Norway's best-known lighthouses.

In 1992, the traditional lighthouse building reopened as a venue for corporate events and private parties. On the menu? Seafood, of course! If you've sailed past the lighthouse on a big cruise ship, you may be surprised to hear that the building can host up to 40 people.

The boat trip out to the lighthouse takes about 25 minutes from downtown Oslo. However, transport is only offered in conjunction with events.

Automation came to Andenes lighthouse in 1978, more recently than many on this list. The 40-metre-high dark red lighthouse is a striking landmark of Andenes and the whole Vesterålan archipelago.

The lighthouse doesn't emit light all year round. Because of the Arctic latitude, the area doesn't need additional light from May to August each year thanks to the midnight sun.

The local museum offers guided tours during the summer months. Local schoolchildren are also regular visitors to the lighthouse, so it's a popular attraction despite its relatively remote location.

Visitors will learn how Andenes lighthouse kick-started the development of the town when it was built back in 1859. The museum also displays exhibits about the polar regions and the unique geology of Andøya.

While Andenes is tall, it's not the tallest in Norway. That honour falls to the 43-metre-high tower of Sletringen lighthouse on Frøya island in Trøndelag.

The lighthouse is located on a rocky island just outside the small village Titran at the western tip of Frøya island. Frøya is a key navigational point on the journey along the coastline, marking the entrance to the Trondheimsfjord.

Built in 1899, Sletringen was manually operated for almost 100 years until its automation in 1993. It's operational for 10 months of the year. From mid-May to mid-July the light is switched off as there is enough natural daylight.

Grip: In the middle of the ocean

Norway's second tallest lighthouse tower is so tall for a very good reason. Grip is a collection of small rocky islands 14km out to sea, presenting a very big hazard to passing ships. The tower stands on a tall granite base to extend its range even farther.

Grip lighthouse was built between 1885 and 1888 on a rocky islet at the northernmost point of the archipelago. A lighthouse keeper lived in this remote location until its automation in 1977.

A former thriving fishing village, Grip is today uninhabited. But the colourful buildings on the islands still get regular visitors thanks to the scheduled boat trips from Kristiansund.

Phew! That concludes the round-up of some of the most notable lighthouses in Norway. If you enjoyed this post, why not share it on Pinterest so others can find it too? Just hit those social sharing buttons… 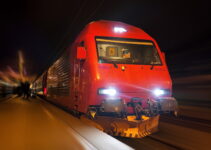