Cod, known in Norwegian as torsk, is commonplace on menus the length and breadth of the country. But right now it's the variety known as skrei that is the most sought-after.

Skrei is young Arctic cod caught around the Lofoten and Vesterålen islands high up in the remote north-west of Norway.

Its relative youth (the fish are typically 5-6 years old when caught) gives skrei its lean, firm texture. The season runs from January to April every year, so now is the time to grab some skrei from a restaurant or supermarket near you.

It has found some fans in the form of Michel Roth at The Ritz and Mikael Feval at the Restaurant Antoine in Paris. Michel Roux Jr. tested the fish at his two-Michelin-star London restaurant Le Gavroche and was said to be “very impressed.”

The best way to cook skrei is to follow the lead of the Norwegians and focus on simplicity: Pan-fried with butter and tarragon, or grilled and drizzled with lemon juice.

In restaurants in the north you'll find every part of the cod on offer, from a traditional fillet to butter-fried tongue. Skreimølje is a traditional protein-packed dish that uses the roe, fillet and creamy liver of the cod, cooked in its own oil.

Skrei season is a big deal for Norway's fishermen. Every year between January and April the northern coastline comes alive as millions of large fish undertake their annual journey from the Barents Sea back to their spawning grounds that surround Norway’s Lofoten and Vesterålen islands. 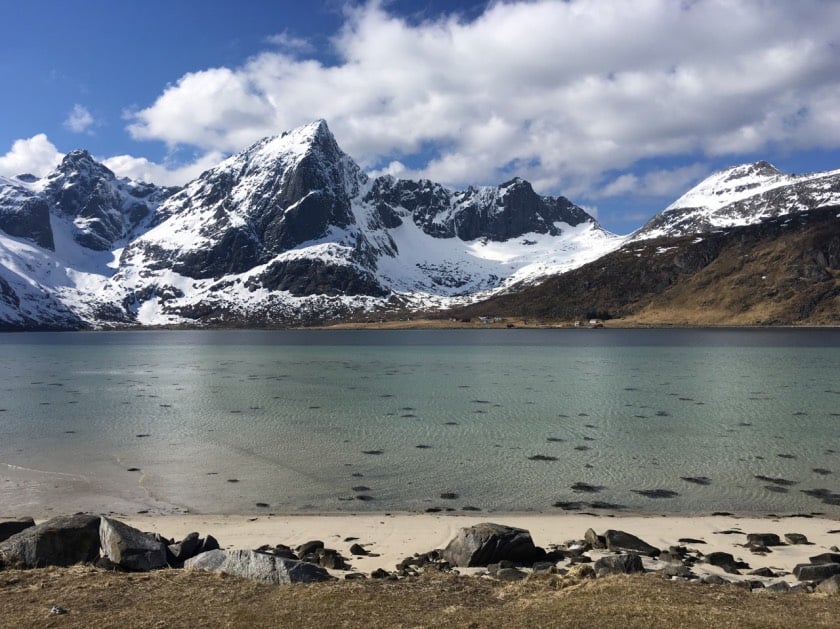 The fish is around five years old when it reaches adulthood and is ready to make its journey.

The NSC runs strict quality controls on the cod that can be labelled skrei. The cod that doesn't make the grade is still sold as cod, but skrei must be perfect, bled out at sea, rinsed with sea water, and packaged within strict deadlines.

Geir Dahle, a scientist at Norway’s Institute of Marine Research, told the Telegraph that good management of Norwegian waters has kept numbers of cod relatively healthy:

“Because there are shortages in the North Sea, on the Canadian coast and with Baltic cod, the problem is perceived to be widespread. We need to close these three shores and carry on fishing sustainably the areas with large stocks, like the Barents Sea… So long as it’s done responsibly, it's not a problem.”

It's also a critical part of the economy of northern Norway. It's difficult to see how the small villages and towns of Vesterålen would survive without the industry.

Amund Bråthen, a cod specialist from the Norwegian Seafood Council (NSC) told greatbritishchefs.com that Norway was built on skrei:

“There’s a Viking story dating back to 875 AD that talks about Vikings drying and shipping Skrei, and there was so much income from the fish around year the 1000 AD there were cathedrals built with the money. It was a protein source the Vikings could keep when they were away and export to England.”

He went on to identify the key reason cod is important not just for the small communities of northern Norway but for the whole country.

“We have oil, which will run out, and then we have fish, which we've understood for years. It's important for us to fish it sustainably because this is what we will live off for years to come. We need to protect it.”