If you try and contact anyone in Norway for the next month, odds are you'll be waiting a while for their response.

The big July shutdown amused me greatly during my first year in Norway. Oslo was deserted bar the odd group of tourists scratching their heads wondering where everyone was. Everything changes: businesses shut up shop, tourist attractions scale back on their opening hours, and prices are slashed on the Airport Express train, its management desperately trying to lure in some trade.

So where do the Norwegians go?

Generally it's one of two options. Some head to their summer homes on the coast, in the mountains, in the south, or across the border in Sweden. The rest jump on a plane to spend three or four weeks in Spain, Greece, or any other country where their kroner goes a long way (which let's face it, is nearly every country)

It's a far cry from the traditional British “package holiday” or the meagre 10-days of annual leave many Americans are stuck with.

This will be my third July in Norway and the experience finally feels normal. So normal in fact, that I'm joining in!

Yep, tomorrow morning I'm flying to Rome to spend three weeks exploring Italy, with stops at Florence, Bergamo, Milan and Venice. Gerry will be attending conferences in Rome and Bergamo while I run around in full-on tourist mode taking photos and drinking espresso. Dating a researcher has its perks! 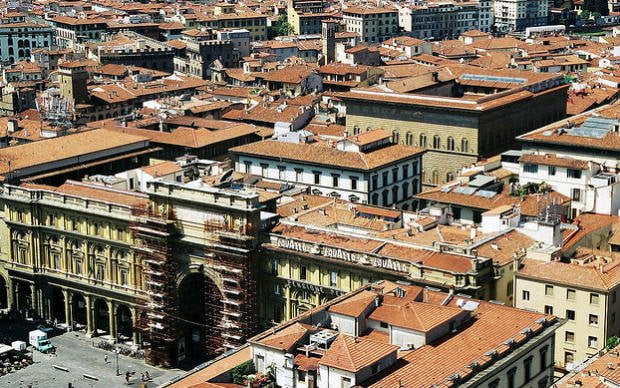 Mette Vaabengaard's excellent Italian Notes blog has been a source of great ideas for the trip, but I want more! If you've been to Italy recently, please feel free to leave your tips below. I'm particularly interested to hear about great value places to eat and drink in all the cities mentioned above.

Does all this mean you won't read any new blog posts for three weeks?

As a freelance writer, I can't afford three entire weeks away from my keyboard just yet. So as well as doing a little work in the mornings, I'll be publishing a “postcard” from each destination, as I have from Gothenburg, Stockholm, Helsinki and Tenerife. You may also see some posts I've been meaning to publish for a while, including the identity crisis of expat living, a walk along Trondheim's most beautiful street, and 100 years of Vålerenga IF.

But for now, it's arrivederci from me as I bid you god sommer!

3 thoughts on “Norway’s “Out Of Office” Message”