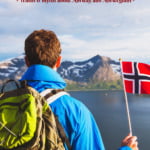 What are Norway and Norwegian people really like? We take a look at some of the most common stereotypes to reveal the truths and myths of life in Norway.

With so much information available online, it can be easy to think you have a good idea of what Norway and Norwegians are really like even if you've never visited the country. That's because of stereotypes.

Stereotypes about a country and its people can be accurate reflections or over-simplistic caricatures. Sometimes they are positive, other times not so much.

Are all Canadians nice and apologetic? Do all British people drink tea? And do all Germans love to follow rules? Of course not. That being said, such stereotypes do often contain some kernel of truth.

With this in mind, let's take a look at some of the most popular beliefs about Norway.

Figuring out whether stereotypes are mostly truth or mostly myth is a challenging task. For example, are all Nordic men tall, strong and bearded? Are Scandinavian women all blonde-haired and beautiful?

The same is true for the country itself. Is it as expensive to live in Norway as the rumours say? Does everyone live with a view of a fjord? Let's try to unpack some of the most common stereotypes.

Stereotypes about Norway and Norwegians

Here are some of the most popular stereotypes we've come across online, together with our take on the reality.

PARTLY TRUE. The sticker-shock suffered by many tourists fuels this stereotype. Surely with such high prices, all Norwegians are wealthy?

Perhaps it's no surprise that this stereotype exists given the size of Norway's oil fund. Public tax records also mean that yearly listings of Norway's wealthiest people make the news headlines. But what about the average person?

Salaries in Norway are not as high as you may think, especially for senior management roles. What defines Norwegian salaries is a relatively high set of minimum wages and a relatively low differential between the lowest and highest earners.

This doesn't mean that all Norwegians are wealthy or are able to splash the cash. But it does mean there are less people below the poverty line than in many other countries.

Also, because of the astonishing value of the Oil Fund, it's fair to say that Norway itself is wealthy. At the time of writing, the value of the wealth fund stands at 11,943,091,373,875 Norwegian kroner. Phew!

TRUE AND FALSE! At first glance, locals can appear rude or at best standoffish to a visiting tourist. But this is all about perception, for what can appear rude to a visitor is often considered polite by locals.

Norwegians value personal space, and invading that space is only done when necessary. That's why neighbours barely utter more than a cursory “hei” to each other, and even the most packed commuter buses are usually completely silent.

To an chatty American tourist, it's understandable why this can come across as rude. Our article on how to be polite in Norway is essential reading if you want to understand more about this cross-cultural quirk.

3. Norway is a happy country

PARTLY TRUE. The Nordic countries including Norway regularly top the rankings of the World Happiness Report and other quality of life reports. So that means Norway is a happy country, right?

The truth, of course, is a little more complex. Speaking to various people over the years, it seems that a feeling of contentedness with life is a better description of what these reports depict as happiness.

Factors include the strong employment laws that heavily favour employees, a strong work-life balance and generous paternity leave. But not everyone agrees that contentedness equals happiness.

Some point towards the requirement to “fall in line” with societal norms, the dark winters and the high cost of living as factors that make Norway a difficult society to adjust to as a foreigner.

PARTLY TRUE. Both Norwegians and their Norse predecessors have a reputation for being tall. As we discussed in this article about the height of Norwegians, the average Norwegian is taller than the average Brit or American, but not by much.

The article also looks at whether people in the Viking Age were tall, as is often depicted by modern Viking movies and TV shows.

5. Norwegians love to ski and hike

TRUE. The Norwegian love of the outdoors is certainly a very visible fact in Norway. On weekends, the hiking and skiing trails in the mountains are busier than city centres.

I have met a few Norwegians who don't like to ski or hike, but they are definitely the exception rather than the rule. That being said, it's hard to find exact figures on participation numbers given the ease of getting started with the activities.

One organisation that does give us an idea of participation is the Norwegian Trekking Association, DNT, which manages and maintains a nationwide network of cabins and hiking/skiing trails.

More than 260,000 people are members of DNT, that's around 5% of Norway's population. That alone shows the popularity of outdoor life among Norwegians.

6. Everyone lives in a cabin by a fjord

FALSE. While huge numbers of Norwegians do own a cabin, they are almost always second homes. That's because the majority of the Norwegian population live in cities.

Of the 5.5 million people living in Norway, more than 1 million live in the urban area in and immediately around the capital city of Oslo. The trend of people moving away from rural areas is increasing.

The reason, of course, is mainly the availability of jobs. But there's also services to consider. When you live in a larger city, important services such as hospitals and airports are much closer.

This also follows a global trend of urbanisation. By 2050, forecasts suggest that more than two-thirds of the world's population will live in urban areas for the first time.

FALSE. If you've spent any time among Norwegian American communities either online or in person, you'll have come across the phrase “uff da.” It almost seems to serve as a badge of honour for people with Norwegian heritage.

Yet in Norway, the expression is considered quite old-fashioned and not often used. When it is, it's with a much more defined meaning than in the US. For example, perhaps the most common usage is to comfort a child when they've bumped their knee. A sort of “aww, there there” equivalent.

Bear this in mind before sporting your “uff da!” t-shirt on your next trip to Scandinavia! If you do, most Norwegians will simply scratch their heads in confusion.

8. You can always see the northern lights

In fact, it's absolutely possible for someone to spend their entire life in Oslo without seeing the lights once. I certainly didn't see them at all during the two years I lived there. Even in Trondheim, I see them perhaps once per year.

The farther north you are, the more likely you are to see the lights. Darkness and clear skies are both essential ingredients, so September-October and February-March are considered prime viewing times.

The keys to seeing the northern lights are a dark night, a cloud-free sky, sun activity in the days preceding your trip, and most importantly of all, patience.

Tromsø is one of the best places in Norway to see the northern lights, but displays are possible across much of Northern Norway in the autumn, winter and early spring. Alta is another city popular for aurora tours.

Norwegian stereotypes: what did we miss?

Are there some common opinions about Norway or Norwegians that we haven't included here? Let us know in the comments. Don't forget to let us know if you think they're true or not. 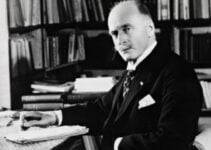 3 thoughts on “Norwegian Stereotypes: Truths & Myths of Life in Norway”