The site includes hydroelectric power plants powered by the powerful natural waterfalls of the area, along with the transmission lines, factories, transport systems and towns.

Altogether the site demonstrates an outstanding record of life in the early 1900s: including technological, economic, social, aesthetic and cultural factors.

The area is also home to the Vemork plant, which produced the heavy water that Hitler planned to use to develop a nuclear bomb during World War II.

This is an excerpt from the justification document that was submitted to UNESCO six years ago:

“The wholeness and complexity of these sites make them a unique document of how combined efforts within a range of fields succeeded to create new synthetic products to human mankind. Complete new communities were built for that sake where the source for hydro-electric power was to be found.”

“The type of industry represented by Rjukan/Notodden and Odda/Tyssedal is a true mark of modernity, representing a distinctive step in the history of developed countries in Europe and North America, and provided a base for further development throughout the 20th Century and around the whole World. Rjukan/Notodden and Odda/Tyssedal is an example of the ingenious and bold solutions that were possible at that stage of a new international industrial breakthrough, and that were necessary to realize in order to fulfil the ambitious and extensive aims.”

The Rjukan/Notodden Industrial Heritage Site becomes the 8th Norwegian entry on the UNESCO list, and the 7th in the cultural category. The others are:

Bryggen – Bergen's old wharf is a reminder of the town’s importance as part of the Hanseatic League’s trading empire from the 14th to the mid-16th century. It's one of the most visited and most photographed parts of the city.

Rock Art of Alta – This group of petroglyphs bears the traces of a settlement dating from circa 4200 to 500 BC. More rock art made by hunter-gatherers is found in Alta than anywhere else in northern Europe. Alta has been on my wish-list for years. I will get there one day!

Struve Geodetic Arc – A chain of survey triangulations stretching from Hammerfest in Norway to the Black Sea. They represented the first accurate measuring of a long segment of a meridian, and an early example of scientific collaboration across countries.

Røros – The former copper mining town is a personal favourite of mine, and just a two-hour drive from Trondheim (as long as it's not snowing). Completely rebuilt after its destruction by Swedish troops in 1679, Røros contains about 2,000 wooden houses and a smelting house. 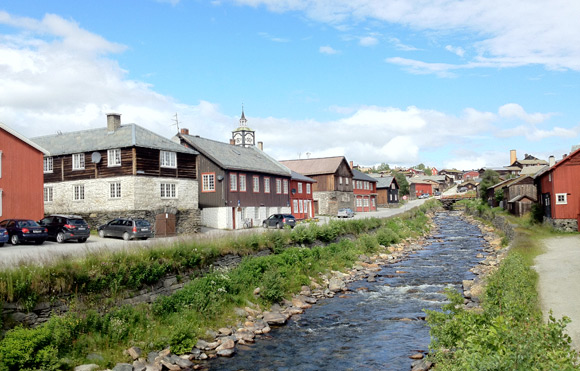 Vega Archipelago – A collection of dozens of islands that reflect the way people have, over the past 1,500 years, maintained a sustainable living and the contribution of women to eiderdown harvesting.

West Norwegian Fjords – The Geirangerfjord and Nærøyfjord took my breath away, so it's no surprise to see them on the list.

Their natural beauty is derived from their narrow and steep-sided crystalline rock walls that rise up to 1,400 m from the Norwegian Sea and extend 500 m below sea level. They top the bucket list of many travellers and with good reason. 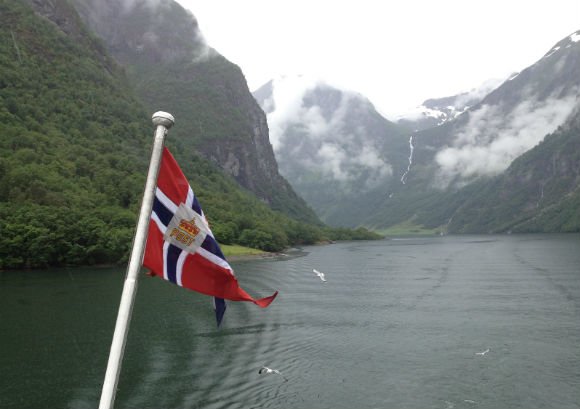