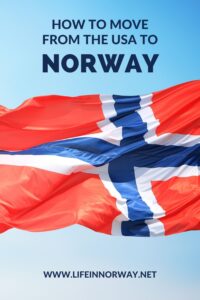 Looking for a fresh start? Discover the most common ways that American citizens move from the USA to Norway.

With frustrations growing on both sides of the political divide, many Americans are considering their future plans. I know this from the volume of email I receive, literally on a daily basis.

Whether it's the draw of a “cuddly capitalism” economic model or the high standard of living, Norway seems to be an attractive option for many. But as I've written about many times before, moving to Norway as a non-European isn't straightforward.

How to move from the US to Norway

Although not an EU member, Norway is a member of the European Economic Area (EEA). As such, it's bound by the EEA freedom of movement regulations for both people and goods. This is what gives European citizens a relatively easy path to living in Norway.

Read more: Things to Know Before Moving to Norway

For American citizens, the process is more difficult, but it's not impossible.

First and foremost, let's cover how Americans cannot move to Noway. There is a huge misconception among Norwegian American communities that anyone with a Norwegian grandparent can move to Norway. Just as with almost every other country, this is not the case.

Also, there is no retirement permit available to Americans. You cannot buy your way into Norwegian residence as you can with some other countries popular with American retirees.

In this article I outline five of the most common ways I see Americans move to Norway right now.

And I'm not just talking about a pool of candidates in Norway. Citizens of any EU country do not need a work permit to work in Norway. This means a Norwegian employer can easily hire more than 400 million people.

There will always be exceptions, of course. But realistically, to get a job offer as a non-EU citizen, most people will need to be working in an industry suffering a workforce shortage in Norway, or have a significant skills and/or a substantial profile in your industry.

Also, remember that speaking English natively is not necessarily an advantage. There is little demand for teaching English in Norway, as most Norwegians are fluent by the time they leave school.

It sounds impossible, but there is hope! In fact, there are thousands of Americans working in Norway. For inspiration, read this story of one American citizen who found a job in Trondheim.

Many American companies have a presence in the country, offering a short-cut into the labour market.

Most will offer job rotations or advertise vacancies internally first, so if you work for one of these companies in the US, you're going to be at the head of the queue.

The advantage in looking for jobs with American companies is that many do not require Norwegian language ability. You're likely going to have to learn Norwegian over time, but the lack of expectation upon initial hiring is a big benefit.

However, the head of the American-Norway Chamber of Commerce (AmCham) suggested this might not be the best way for Americans to get hired in Norway. You can hear his reasoning and a lot more useful information in this podcast interview.

For more information on US businesses in Norway, check out AmCham. The organisation is focused on event facilitation, member-to-member business assistance, and advocacy initiatives for doing business in Norway and the USA.

Given the high number of self-employed people in the US, I can imagine this being a very attractive option for many. However, it's not so easy.

European citizens are able to register as self-employed in order to move to Norway. However, non-EU citizens, including Americans, need to apply for a work permit and the requirements are strict.

Firstly, you must have bachelor's level or equivalent vocational education in the field of your proposed business. You must also be able to prove likely business income of at least NOK 246,246 per year. That's about $27,500 at the time of writing.

I know that doesn't sound a lot, but be warned. You need to be able to make that amount of money in the first year, because self-employed work permits must be renewed on an annual basis.

Without a network of existing clients or customers, it may take months to start generating contracts and income. Read this story of one self-employed American who failed to hit that target in year one and had to leave the country on relatively short notice.

Finally, the Directorate of Immigration consults the county you intend to move to when deciding whether the income level is achievable and if the skills are needed in that county.

I've heard from many people going through this process that getting a permit in a rural area such as northern Norway is much easier than if you're applying in Oslo or Bergen.

Studying for a master's degree is a popular choice among American citizens. Because there are no tuition fees, competition for places at Norwegian universities is fierce. But if your grades are good and you have a genuine passion for your chosen field, why not give it a go?

Of course, it helps if you study one of the areas that Norway specialises in. There are numerous energy-related science and engineering degrees, for example.

But there's also remarkably niche topics including Ibsen Studies at the University of Oslo and many Arctic-related degrees at the Arctic University of Norway in Tromsø.

A study permit doesn't guarantee you long-term residence in Norway. However, it does entitle you to work during your studies.

This means there is plenty of opportunity to build up a network and obtain a job offer in order to gain a work permit when your study permit expires.

An interesting option that's not a university is to attend one of Norway's folk high schools, known in Norwegian as a folkehøyskole. These institutions offer one-year educational programs to (typically) young adults.

The experience does not result in an academic qualification, and tends to focus on themes such as outdoor education, music and other creative pursuits, and even the Norwegian language.

This means it's an attractive option for foreigners! If this sounds interesting, read the experience of one American who attended a folkehøyskole.

This one might come across as a little tongue-in-cheek, but I meet many Americans who are in Norway because they fell in love with a Norwegian. If you're in this position, there is a family immigration permit available for those who plan to get married in Norway.

Both must be at least 24 years old, with plans to get married within six months and live together in Norway.

The Norwegian must have an income of at least NOK 264,264 per year and cannot have received any financial assistance from NAV (the Norwegian Labour and Welfare Administration) in the previous 12 months.

Family immigration is also available to the non-Norwegian person in couples who already married. The category also covers situations such as marrying a non-Norwegian resident of Norway.

Family immigration is a complex area though, and it's one that Norwegian authorities monitor closely. So, consult the detailed rules at UDI to understand how they apply to your specific circumstances.

As I already mentioned, family immigration is a somewhat confusing title and it is intended for immediate family only. It absolutely does not cover anyone who once had a distant Norwegian relative!

So there you have it, five ways Americans can move to Norway. This is by no means an exhaustive list, but they are the most common ways. As with any immigration process there are many ifs and buts.

So, if you're serious about a relocation, be sure to check out the full rules and regulations that apply specifically to you by checking out the website of the Norwegian Directorate of Immigration, UDI. Simply click “want to apply” to get started.