Skip to content
Home » Explore Norway » The Cities of Norway 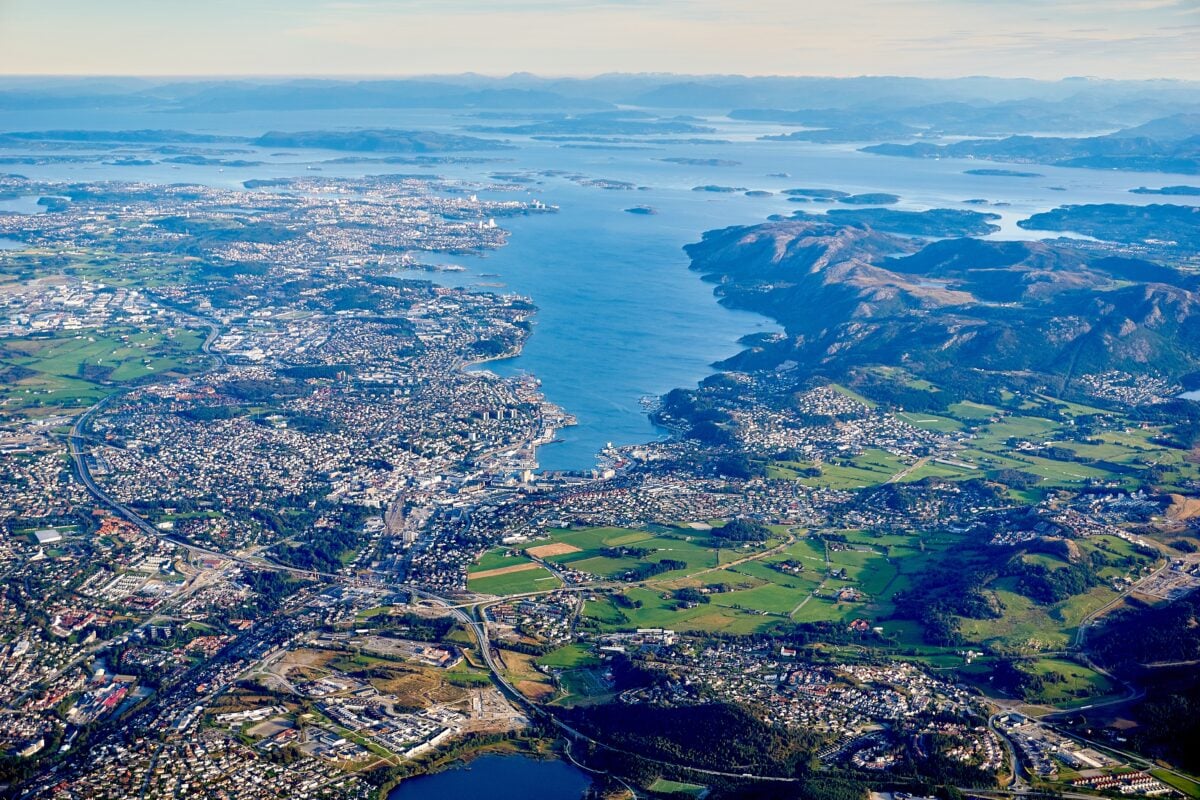 Norway's cities are a little different from many other countries. Let's take an in-depth look at everything you might want to know about the biggest Norwegian cities.

When it comes to Norway, the spotlight tends to fall on the beautiful fjords. Failing that, then it's the sweeping mountain ranges or the northern lights dancing in the north. Whichever way you look at, rural Norway scores big.

However, the majority of Norway's population spends live and work in urban areas. Let's take a look at what the biggest Norwegian cities are really like.

The capital city of Norway, Oslo is the prime stop for urban living in Norway. Being the major transportation hub in the country, if you’re visiting or moving here chances are you will set foot in Oslo on at least part of your trip. 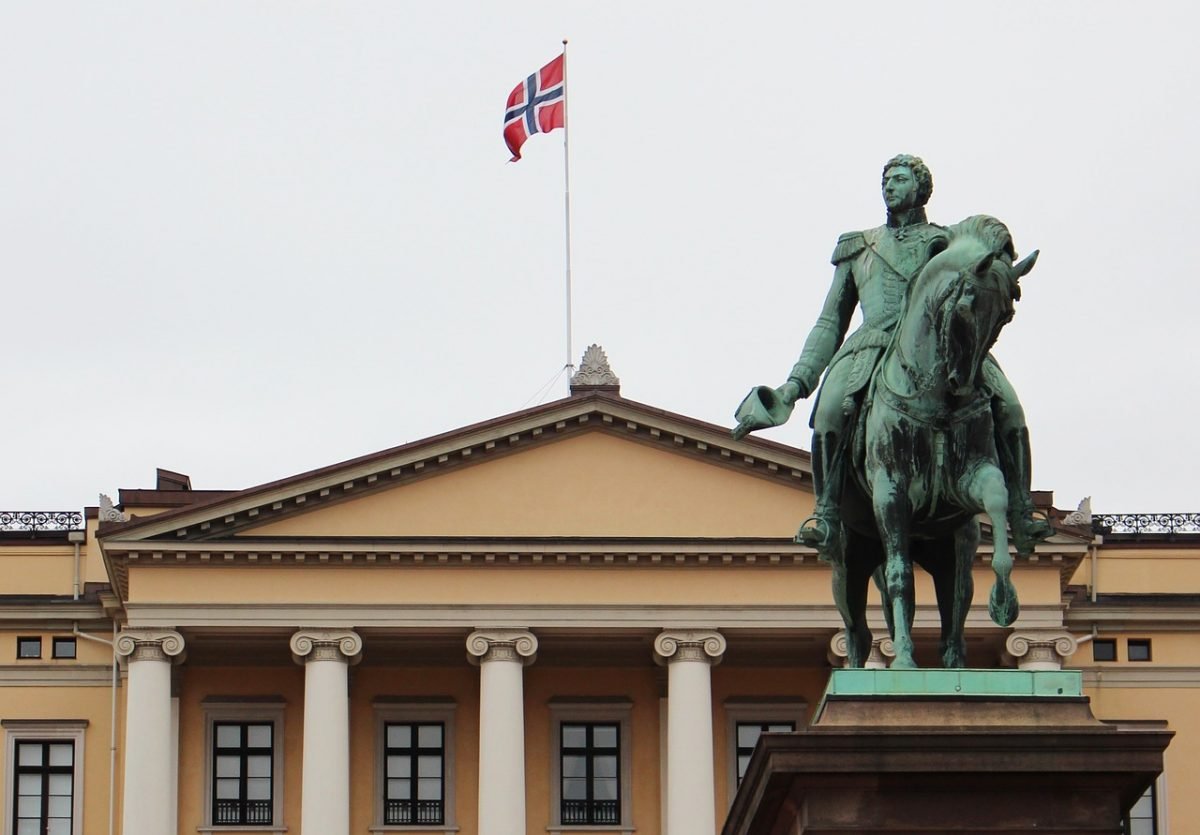 The city has a population of around 600,000. But that increases to around two million when you consider the wider urban area and towns within a short transit ride. Whichever way you cut the numbers, Oslo is by far and away the largest city in Norway.

As the economic centre of the country and a massive youth, international and student populations, Oslo always has something to do or see. The Royal Palace, Munch museum, Viking ship museum, and Holmenkollen Ski Jump are just a couple of options. The list is endless when it comes to popular destinations and attractions in Oslo.

Even though it’s a big city, getting out in nature is extremely easy from Oslo. A few minutes on a bus, train, or any other from of transportation will take you out into the surrounding woodlands or up to a beautiful section of coastline on the fjord. When it comes to urban living in Norway, Oslo has it all.

A hugely popular destination for travellers, this west coast city is the second largest in Norway. It has a very different vibe from the capital. One of the reasons is its relatively small population.

Despite how the tourist crowds sometimes make it feel, Bergen's population is just 280,000. Even when including the wider metropolitan area, the number of 420,000 is still small on a world scale. 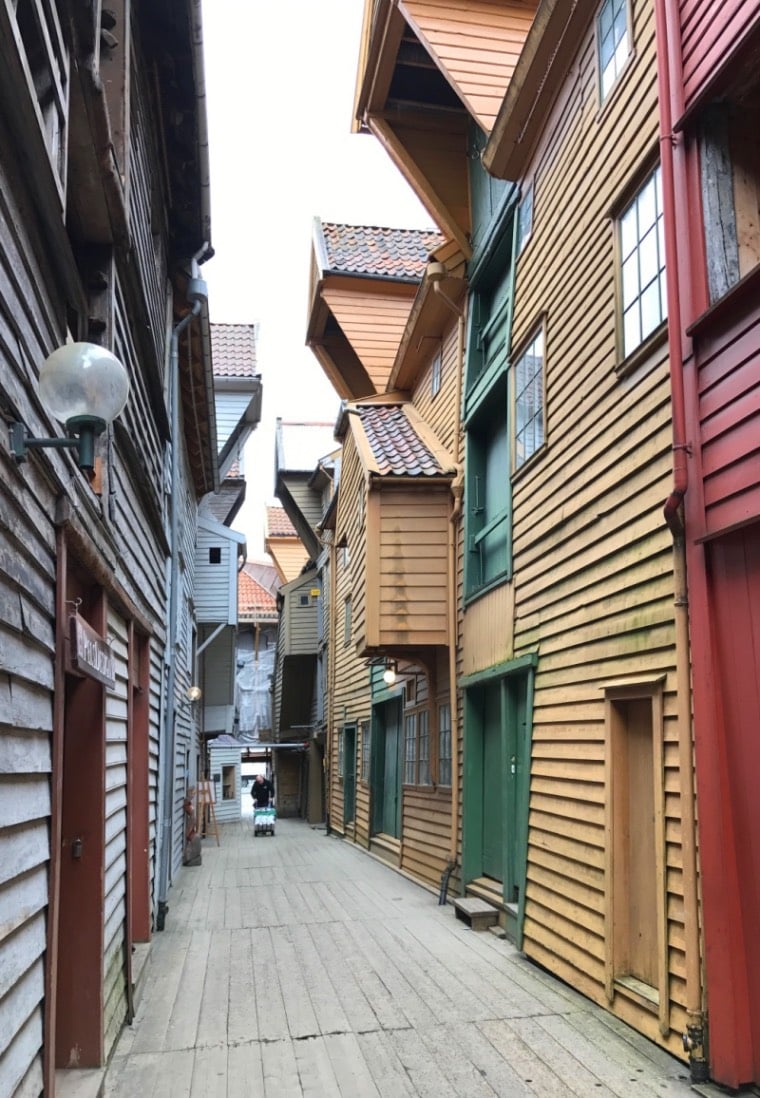 Perhaps the most iconic stretch in Bergen is Bryggen – the old wharf line with traditional wooden buildings. But the entire city looks stunning from the top of Mt. Fløyen: accessed by hiking or taking the Fløibanen funicular to the top.

Nightlife is top notch in Bergen as well, with yet another city with large student population, as well as working population, there is always something going on.

Fjords are the name of the game for most people that head to Bergen. Situated in the area most people picture when they think of Norway, the dramatic landscapes of the fjords are easily accessible from here.

Famous for being rainy, don’t forget an umbrella if you plan a trip here. It rains more in Bergen than almost anywhere else in Europe. When the sun does shine, it's one of the best places to be in all of Norway.

West coast is the best coast; Stavanger adds another tally to the count of great Norwegian cities situated on the left side of the country. 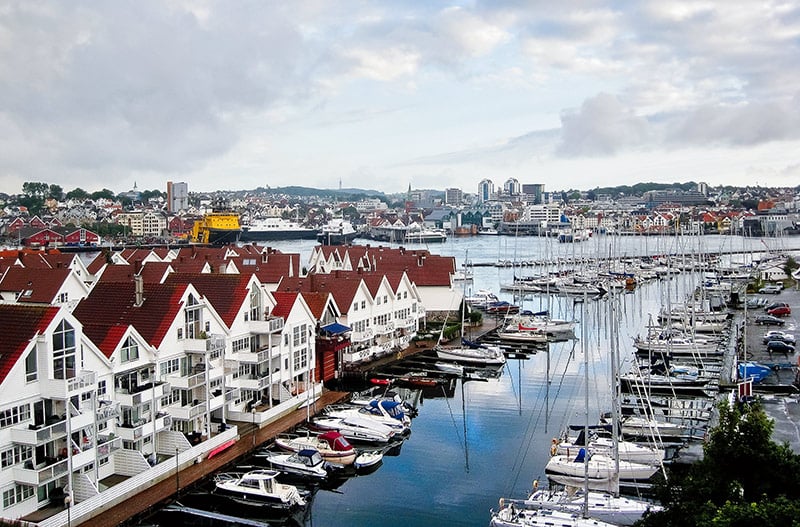 A former European Capital of Culture, Stavanger boasts great things both in and outside of the city. Classical Norwegian architecture, vibrant nightlife, amazing food, you name it and Stavanger has it.

A university city, Stavanger is home to several universities and research institutions. This is also reflected in the urban atmosphere around town where there is always something happening.

Stavanger also lies deep in fjord country, and offers some of Norway’s most breathtaking views. Preikestolen for example, is one of Norway’s famous natural treasures and lies a short trip from Stavanger. The famous clifftop overlooks the Lysefjord, a must-do if you're passing through the region.

Trondheim is a big little city that lies smack dab in the middle of Norway. With a population just under the 200,000 mark, Trondheim offers a great balance of city life with a more relaxed feel.

Home to one of Norway's largest educational institutions, the Norwegian University of Science and Technology (NTNU), Trondheim is home to several thousand international students at any one time. With such a large student population comes a surprisingly diverse dining and nightlife scene.

In the age of Vikings, Trondheim was the capital city of Norway. This means there's plenty of history to explore. Don't miss the Nidaros Cathedral at the middle of the city and the multitude of museums scattered about the area.

Like everywhere in Norway, it’s easy to escape the city and get out into nature. Forest, mountains or fjords are just a short walk or ride on public transport away from the downtown area.

Centrally located in the eastern and most populated part of Norway, Drammen is one of the fastest-growing cities in the country.

A sleepy feeling town, Drammen overs a more peaceful urban setting. Walks along the river should be a priority for anyone and is a good way to check out all the museums, churches, and other buildings in the city.

Quite a bit of Norway’s beer comes from Drammen from the Aass brewery. So it’s easy to find something to quench your thirst after exploring the river.

The southernmost city on this list, Kristiansand is a popular summer destination for Norwegians. Its beach at the very heart of the city (pictured) is one of Norway's best. The city was also an important military stronghold at one time, marking it as a wonderful destination for history lovers.

Besides the charming, traditional wooden buildings, Kristiansand plays host to numerous attractions. The city prides itself on being a family destination and offers summer time attractions such as a zoo and theme park.

The city isn’t short on more grown-up attractions, with museums, classical architecture, and a beautiful cathedral dotted throughout.

For nature lovers Kristiansand has beautiful coastline, and the beaches to accompany them, and easy access to the outlying woodlands.

The northernmost city on this list, Tromsø is on the smaller side of what most people would consider a city. Despite a population of well under 100,000, Tromsø still manages to be a fantastic urban destination.

Museums and beautiful architecture are found in abundance in Tromsø, but most of what the city has to offer lies outdoors. Surrounded by mountains, woodlands, and tundra, Tromsø is a nature and adventure lover’s paradise, pairing the best of city life with easy access to nature.

Northern lights chasers will inevitably end up in Tromsø. This natural phenomenon is one of the city’s major selling points. The lights can be seen on many nights through the fall and winter, as long as the skies are clear. Many tour companies offer a guarantee. If the lights fail to appear, they'll take you again the following night.

Situated just south of Oslo, historic Tønsberg is the oldest city in Norway. Although it was officially established in 1838, the town’s history goes back at least 1,000 more years.

Viking history and everything in between are bountiful in Tønsberg. There's museums, ruins, the smart quayside, and Viking burial mounds nearby.

Tønsberg also hosts a fantastic music festival during the summer, and some great nightlife options throughout the year. Brygge in the downtown area is most visited by the locals.

The Slottsfjellet area holds some of the oldest recorded history in Norway. There still stands the tower of a castle at the top replicates part of the fortress that stood in the earliest days of the city.

Sweeping, rocky coastal landscapes characterize this area of Norway. Pack along your fishing rods and see if you catch a fish off Verdens Ende (the world's end)!

Ålesund is often called a fairy-tale city with its art-nouveau influenced architecture and cobblestoned streets that twist and turn around the water that surrounds the city.

Besides the beautiful architecture, Ålesund boasts an impressive number of museums and one of Scandinavia’s largest salt-water aquariums. But truthfully, nothing beats the views in the area.

The Geirangerfjord is the ideal vision most people have of Norway. High waterfalls and abandoned mountain farms, the fjord landscape is listed as a UNESCO World Heritage site, and is within a few hours drive of Ålesund, as is the nearby Hjørundfjord.

These cities lie so close together that they are considered the same urban area by national number crunchers. Both cities are rich with history and offer modern urban living in a ‘cozy’ setting.

The old town of Fredrikstad is a often-visited sight, as it is one of the most well preserved fortified towns in the Nordic region. Here it’s easy to hop around restaurants, bars, museums and galleries.

Sarpsborg was at one point the capital of Norway under King Olav Haraldsson (later St. Olav) and thus has plenty of opportunities to explore both local, and national history. Some great beaches and beautiful coastline are easy to get too as well.

Nearby Fredrikstad/Sarpsborg is the sunniest area in Norway, the Hvaler Islands. A few steps closer to town you can find Sarpefossen, Europe’s largest waterfall. Coastlines and wooded areas are easy to explore from either city. 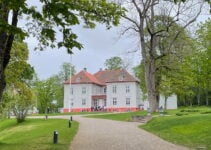 7 thoughts on “The Cities of Norway”