A last-gasp goal from Ola Kamara rescued a point for Norway against their rivals, moments after Sweden thought they’d stolen the win with a late goal of their own.

Goals from Johnsen and King gave Norway a clear lead and a likely three points in their quest to qualify for their first major tournament in 20 years. But three goals in the final twenty minutes turned things around for Sweden, who thought they’d snatched victory against their old rivals with Quaison’s injury time goal.

But a headed goal from sub Ola Kamara in the sixth minute of added time rescued a draw for Norway in this Euro 2020 qualifier.

Although Norway have played more international matches against Sweden than any other nation, this was the first competitive match between the two teams since 1977. Back then, goals from Rune Ottesen and Odd Iversen gave Norway a 2-1 win in a World Cup qualifying match.

This time out, Lars Lagerbäck named an attacking line-up including two changes from the defeat to Spain. Mohamed Elyounoussi replaced Stefan Johansen while Bjørn Maars Johnsen started in place of Tarik Elyounoussi.

Norway saw a lot of the ball in the early stages and came close to taking the lead after just 14 minutes, when Joshua King’s header looped on to the crossbar.

After a scrappy period of play the visitors came into the game and should’ve taken the lead on the half-hour, but Claesson fired straight into the arms of the Norwegian keeper. Just minutes later, Sweden’s Sebastian Larsson and Robin Quaison missed good chances as Sweden threatened to take control.

But as so often happens in football, the dominant side were left to rue their missed chances as Bjørn Maars Johnsen poked home from close range after great work from Elabdellaoui and King. 1-0! 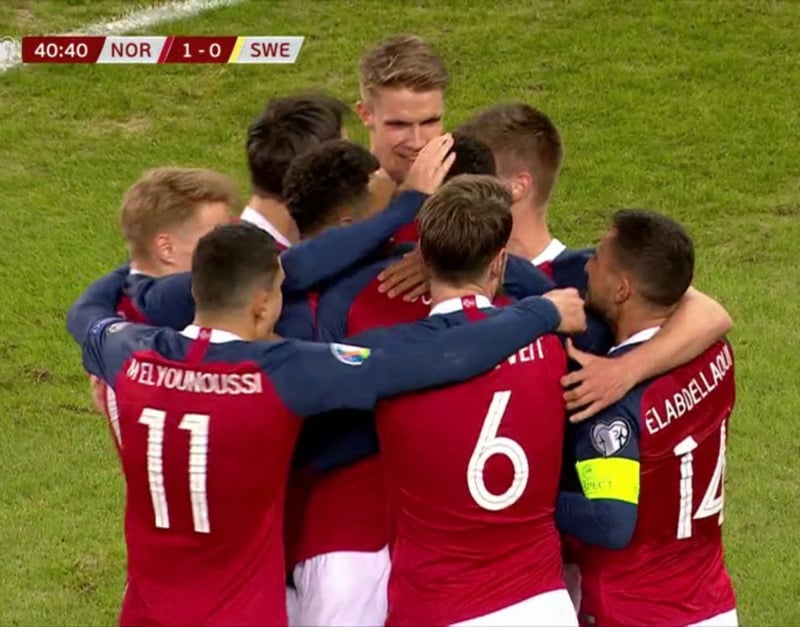 The fact Johnsen was in an offside position escaped the Italian officials and with no VAR in Euro qualifying, Norway could consider themselves fortunate to be leading at the break.

Norway started the second half on the front foot and doubled their lead on the hour. Joshua King started and finished the move, winning the ball in the centre of the pitch before heading home to finish off the break, although the Swedish keeper should’ve done better.

Sweden continued to push and got the goal their play deserved when Claesson was quickest to respond to the loose ball after Jarstein saved a penalty from Andreas Granqvist.

Moments later Sweden should’ve levelled but for another fantastic save from Jarstein, this time from Quaison’s close-range header.

As Sweden continued to create chances, it was little surprise that they finally drew level with four minutes to play, Quaison’s effort taking a big deflection off Håvard Nordtveit to beat Jarstein.

Norway’s two goal lead was a distant memory as Sweden piled on the pressure looking for a late winner. They thought they’d won it when Quaison scores his second of the night, only for Norway sub Ola Kamara to head home Martin Ødegaard’s cross to earn a point for Norway in the most dramatic of finishes.

Life in Norway contributor and football fan Matthew Paul Gundersen was among those in attendance, and he kept a close watch on Martin Ødegaard. He writes: “The stage was set. No name was given a louder cheer than Ødegaard’s, Norway’s perennial golden boy. However, it was a mixed night for the 20-year-old. At times he was eager and elegant in his powerful forward running with the ball, most notably at the beginning of the second half when Norway had the Swedes on the ropes at 2-0.”

“But equally, there were still signs of inexperience in his play, moments were perhaps he held onto the ball for too long, or was too casual in possession against Norway’s hardworking Scandinavian counterparts.”

“Midway through the second half, the Vitesse Arnhem loanee dragged one notable goalscoring opportunity wide from the edge of the area, a decisive opportunity that could have killed the game. And Ødegaard’s frustration started to show, which in turn he tried to channel, winning the ball back enthusiastically deep inside Norway’s half on a number of occasions.”

“The young Norwegian is on the cusp of greatness, the fans sense it, his permanences show glimpses of it, soon, the world will see the real Martin Ødegaard.”

The result doesn’t do much to ease the pressure on national team manager Lars Lagerbäck. Although a point against a higher ranked team is no bad result, Norway were second best for long periods. Questions will also be asking how the ‘master tactician' allowed a two-goal lead to be turned around so quickly.

Norway's Swedish boss was appointed in 2017 after leading Iceland to unprecedented success at the 2016 World Cup, but has struggled to repeat that success with the Norwegian team and is often criticised for his selection choices.

A missed opportunity in Spain

The Scandinavian derby came just a few days after Norway's opening group match in Spain, one of the favourites for the entire tournament, never mind the group. Despite dominating the possession and creating many chances, Spain had to rely on a chipped Sergio Ramos penalty to record a 2-1 win.

However, despite the home side's dominance, Norway could – and perhaps should – have taken at least a draw. The missed chance from Tarik Elyounoussi in the 30th minute was described as the ‘miss of the century' by some commentators.

The 31-year-old who plays his football for Swedish club AIK somehow managed to divert the ball backwards with his diving attempt in front of an open goal. 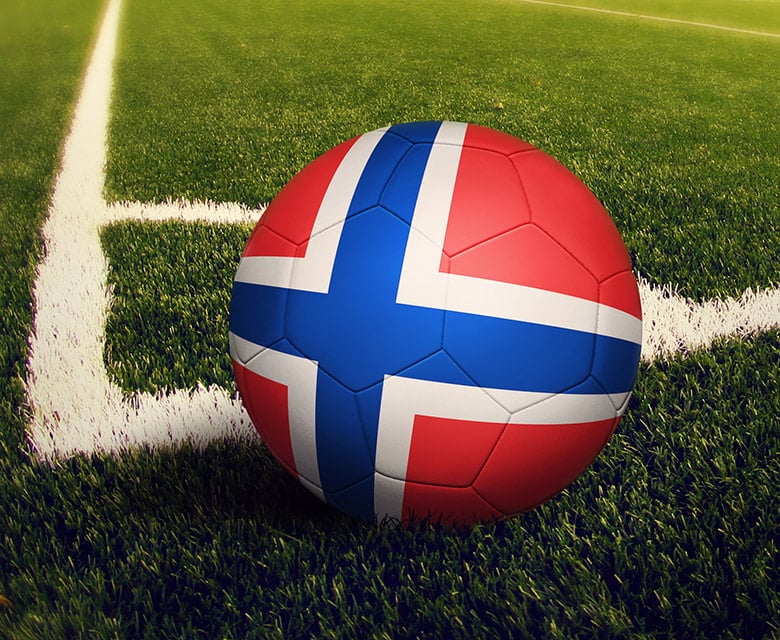 Along with Norway, Sweden and Spain, the other teams in qualifying group F are Malta, Romania and the Faroe Islands. Each team plays each other home and away with the top two qualifying for the 2020 tournament, to be held across 12 counties. The final and semi-final will be held at London's Wembley Stadium.

Even if Norway fail to finish in the top two, they have another chance to qualify. Because they won their Nations League group in 2018, Norway gain an automatic play-off place for one of the last four spots at Euro 2020. Should Norway fail to qualify from group F, they will compete most likely against Scotland, Serbia and Finland for a place at the finals.

Next up for Norway in group F are two games in June. Home against Romania on the 7th, and a trip to the Faroe Islands three days later. 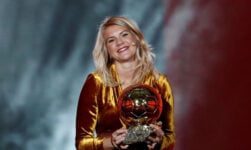